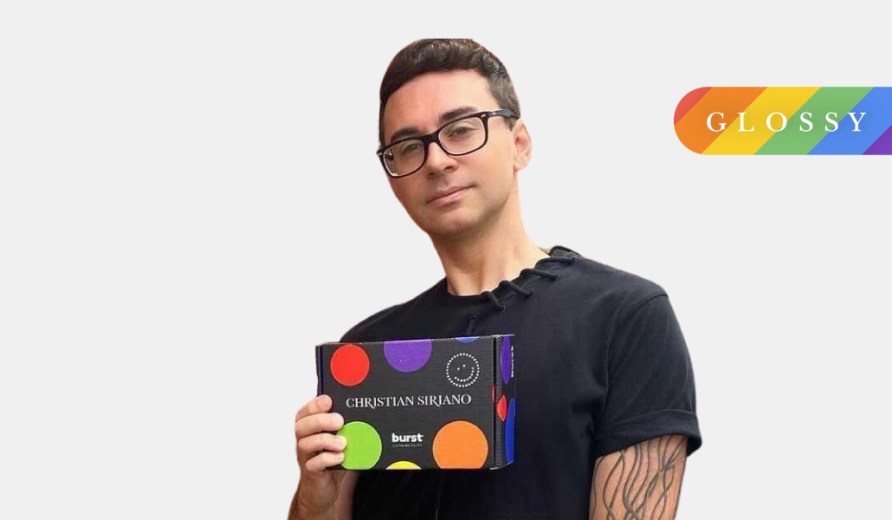 ‘Youth are looking up to me’: Christian Siriano on the importance of doing an annual Pride collaboration

Christian Siriano entered the spotlight via “Project Runway” more than a decade ago. “I was a young, gay boy on a television show in 2008. [I was] very out, and the whole world got to judge me. And that was really hard. 2008 was a totally different time,” he told Glossy.

Siriano has found that, today, the world is more accepting of the gay community expressing itself and simply existing, although there is still plenty of work to be done. That’s why he does some sort of product collaboration every year during Pride Month. Doing a collaboration, like his latest, with Burst Oral Care, allows him to raise money for organizations that matter to him. Through this partnership, Burst will donate $25,000 to The Trevor Project from the proceeds of the collaboration. This giveback element, Siriano said, is “probably the most important thing for me, as I get a little older and a little more established as a business. Youth are looking up to me a bit more now.”

Siriano and Burst teamed up to create a Pride set That includes a limited-edition mask and floss case sold on Burst’s site. “Oral care is not the most glamorous or interesting. What Burst does [creating design-forward oral care staples] is really cool and makes it feel more modern, which is why I like the product,” Siriano said of the partnership. Burst CEO Hamish Khayat said working with Siriano was a “dream come true” and that the designer has been an inspiration.

Because everyone was stuck at home last year, Pride will be that much more celebratory now, Siriano said. And the mask, though many mandates have now been lifted, will allow people to celebrate safely. “We have a new president that celebrates us, we have a Black woman vice president that celebrates us. Everybody is very excited that we have a government that is going to actually not take our rights away.”

As for the fashion world, it’s become significantly more inclusive and welcoming to the LGBTQ+ community. Siriano, for his part, was ahead of the curve. “We had 10 curvy models on a runway, when nobody had ever seen that. A lot of people did not like that we had trans people on the runway. And of course, there was customer pushback: ‘Oh, that’s a boy in a dress. Why are you doing that?’” he said. Still, he believes these are the very things that, ultimately, have allowed him to have dressed multiple first ladies, including Dr. Jill Biden and Michelle Obama, multiple times. He’s also dressed countless celebs including Cardi B, Christina Hendricks and Leslie Jones.

The combination of being welcoming in his designs and finding ways to materially give back to the LGBTQ+ community bring Siriano a sense of fulfillment. “That’s the job of a creator. It’s not just to sell a dress. I’m more interested in, when I leave this world, what do I leave behind? I don’t want to just leave a beautiful pretty dress. I want to leave it like we changed people’s lives or their thinking about things.”