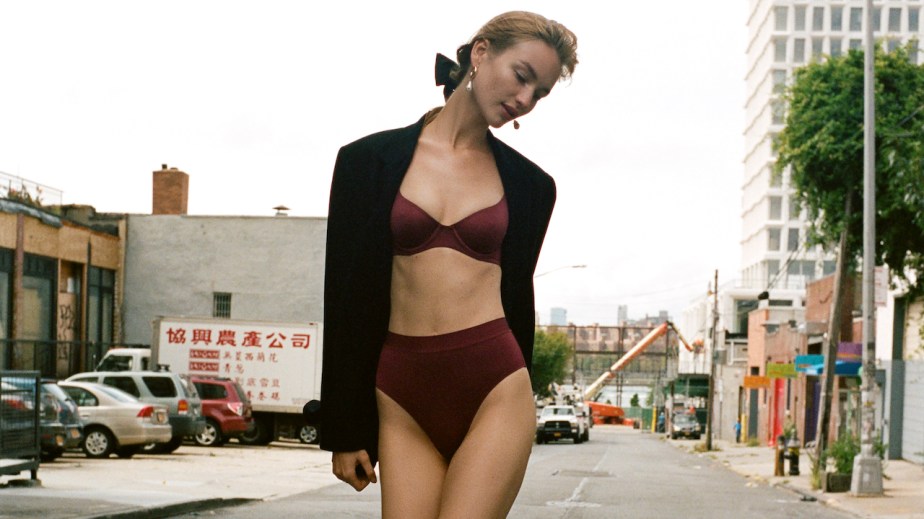 Cuup CMO Abby Morgan: ‘To do marketing well, you need to create the trends your audience will latch onto’

Engaging with consumers on social media is often about fueling a community. But the users of one platform are very different than the users of others, and the different platforms require different strategies and approaches.

Abby Morgan, co-founder and CMO of bra brand Cuup, has spent the two years since the company’s launch working with her team to unify the company’s marketing across platforms including Snapchat and Instagram, while making each audience feel catered to in a unique way. In the latest Glossy Plus Talk, Morgan gave Glossy subscribers an inside look into some of the methods she’s found most effective.

Know your audience on each platform
Morgan said it’s worth it to invest in the data and analytics that are needed to figure out exactly how the brand’s audience differs from platform to platform, and what approaches will be most effective.

For example, Morgan said the Cuup consumer on Snapchat tends to be young — as young as 17 — and they create and consume content at a far faster rate than other demographics. Meanwhile, the brand’s Instagram followers tend to be ages 25-34, as well as socially conscious and comparatively less trend-driven. Knowing the differences here helped Cuup shape its approached to platforms and the influencers it chooses to work with.

“We spend a lot of time looking at the audience per channel and who we’re speaking to,” Morgan said. “To do marketing well, you need to not just follow your audience and the trends they’re already on board with, but you also need to lead them and create the trends that they’ll latch onto. And you can’t do that without understanding them first. We have to be able to market to both a 17-year-old and a 60-year-old, and understanding the demographic data helps us do that.”

Invest in the team
Morgan said it’s tempting to bring in outside agencies, but she’s always believed in owning your own IP and building a strong internal team.

“I’ve created an internal marketing team at the last few brands I’ve worked at,” Morgan said. “Our marketing team is so focused, and they’re constantly consuming what’s out there and getting to know the landscape. That’s really important.”

This strategy is particularly helpful for developing strong editorial content, which Morgan said has helped to grow Cuup’s audience and keep it engaged beyond transactions.

“We are bringing in an editorial director who has a ton of experience and worked at Condé Nast,” Morgan said. “I would advise [hiring people with editorial backgrounds], for anyone looking to build up an editorial strategy. And I believe in giving them some church-and-state separation. There should be cross-pollination, but if you hire someone to grow your editorial audience, let that be their focus.”

Try new platforms
While much of the talk was devoted to established platforms like Instagram and Facebook, Morgan said the brand is always on the lookout for other ways to engage with its audience.

Specifically, she mentioned TikTok as a platform that Cuup has a lot of interest in, but which they have yet to fully five into. Instead, she said her team is working on researching the communities on TikTok, and connecting with influencers who might already have an organic awareness of or connection to the brand before they develop a more specific strategy.

Additionally, the marketing team’s exploration has expanded to some counterintuitive channels like print.

“We did a zine to launch of our Bodytalk program [an ongoing series of interviews with influencers and customers],” Morgan said. “I love the idea of brands making something that a consumer might actually want to have sit on their coffee table — something that’s visually inspiring and keeps the brand in their mind.”