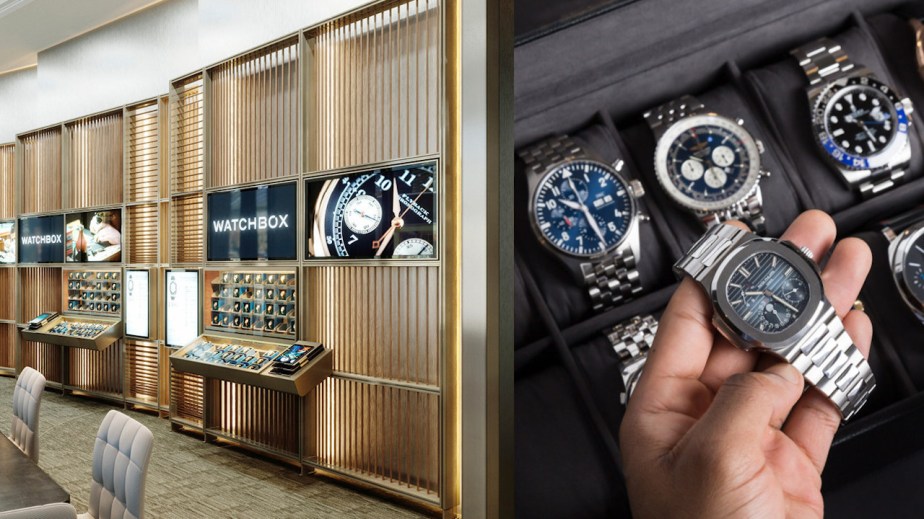 ‘You need a partner’: How luxury brands are expanding to the Middle East

Ahead of opening WatchBox’s first store in the Middle East last month, Danny Govberg, CEO of the pre-owned watch retailer, decided he didn’t want to enter the market without the help of someone who already knew the region well. The company launched a joint venture with Dubai-based Ahmed Seddiqi & Sons, which Govberg considers one of the most reputable watch retailers in the world, to open a store jointly operated by the two companies. The store offers WatchBox’s pre-owned watch trading services to all of Ahmed Seddiqi’s clients.

The Middle East’s importance as a global luxury market has been growing but has often been overshadowed by markets like the U.S., Western Europe and China. Sotheby’s held its first-ever watch auction in the area in Dubai last year, and overall, sales of luxury fashion are expected to grow by 50% this year. The United Arab Emirates alone is expected to have a luxury market worth nearly $15 billion by 2023, according to a report from market research firm Research & Markets. But like China, it’s a region that many Western brands may be unfamiliar with on a cultural level, which is why partnering with local businesses or hiring staff native to the area is key for many of the brands looking to expand there.

“The Middle East as a region is underserved,” he said, noting that there are no major pre-owned watch trading platforms established there beyond unofficial channels. “Seddiqi wanted to be the first primary dealer working also in the pre-owned category and we wanted to enter this market, so it was a mutually beneficial agreement.”

“It’s not easy as a foreign company to just go in and own a business in Dubai,” Govberg said. “You need a partner there to deal with real estate, rents, that kind of thing. It’s not an easy place to just set up shop on your own if you don’t know anyone or have any connections. We did have some clients from there already [through WatchBox’s online store] and I knew it was going to be a big market for us. I think business is going to be really good there.”

Prior to opening its store in Dubai, WatchBox had stores in the U.S., Hong Kong, Singapore and Switzerland, in addition to its online store.

Bouchra Ezzahraoui, co-founder of DTC jewelry company Aurate, said that getting staffing and messaging right are keys to success in the Middle East. Aurate has focused on the Middle East as a main area for international growth. Ezzahraoui said that her own Moroccan background and connections was key to their expansion in the region.

“How you talk to each region is really important,” Ezzahraoui said. “If you don’t understand the Middle Eastern customer, you could make mistakes. You don’t want to show pictures of people eating during Ramadan or something like that. If you’re not part of the culture or you’re not working with someone who is, you can miss things like that.”

It’s not just jewelry that has become big business in the Middle East. The Middle Eastern fashion industry is worth $55 billion altogether, and in March, Farfetch significantly expanded its reach in the region when it partnered with luxury distributor Chalhoub Group to better reach customers in the region.

Govberg said that Ahmed Seddiqi handled much of the store’s setup, including finding a location and signing a lease. WatchBox relocated four members of its retail team from Philadelphia to Dubai to staff the store, provide expertise to customers and train locally hired staff on the ins and outs of trading pre-owned watches.

China has become a main focal point for luxury outside of the U.S. and Europe. Western brands have largely worked with partners like Tmall to enter the market.

Outside of the Middle East, markets like Japan and India are also underserved.

“Mexico is another market that I’d be considering,” Govberg said. “There’s already a large market for pre-owned watches there, but it’s all unofficial or being sold on the street. There’s room for someone like us to come in and make it a luxury experience. But I wouldn’t go there, or any new market, without a partner who already knows the area.”