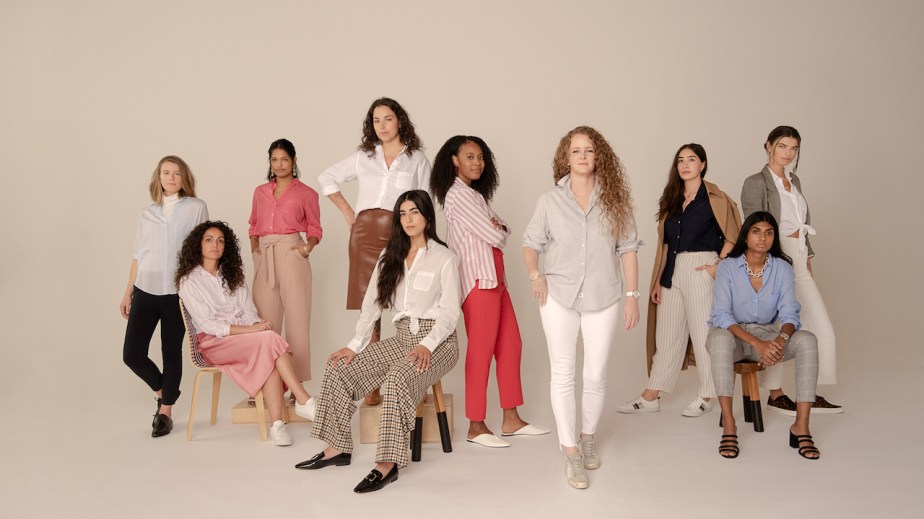 ‘You can’t retrofit a DTC model’: Fashion brands are partnering with retailers out of the gate

The direct-to-consumer era has taught brands the importance of a middleman.

With a clunky transition to wholesale becoming the DTC brand standard, new fashion companies are increasingly coming out of the gate with a DTC-wholesale hybrid model that’s better suited for longevity. Their margin structure accounts for retailers, they’ve got strategic wholesale partners in place, and they’re entering the market near the 50-50 DTC-wholesale split that has become fashion brands’ Holy Grail.

The model is reminiscent of the way fashion companies operated before the Everlanes and Warby Parkers of the world introduced a sexy alternative. A big difference is that e-commerce, not just owned stores, is now a piece of the DTC pie. What’s more, brands are incorporating key learnings from DTC’s heyday, especially on effective tactics for marketing to today’s consumer. It’s seemingly the best of both modern worlds.

Audrey McLoghlin started her first company following the DTC boom, Grayson, in March. The shirt brand is based on a hybrid DTC-wholesale model that McLoghlin has deemed an ideal setup for a fashion company. In 2009, she launched higher-end shirting company Frank & Eileen as a 100% wholesale company. Its sales are now 60% DTC and 40% wholesale, though she’s strategizing to strike an even balance.

McLoghlin said it was fairly easy to insert direct sales into Frank & Eileen’s business model. She found she could keep pricing the same without hurting her bottom line. In fact, her company is now making more money on each sale, as it’s pocketing what’s long been the retailer’s cut.

When going from DTC to wholesale, however, maintaining price consistency means less margin for a brand. It’s an issue that’s hitting brands hard.

In the last 10 years, DTC companies have defined a new normal for brands, which necessitates a strong story, values and mission. McLoghlin acknowledged the advantages of this model, especially owning storytelling by speaking directly to the consumer through your social media, e-commerce site and stores. There’s also direct access to data.

But retail partners aren’t barriers to data, as widely believed, she said. Instead, they provide unique, contextual data that the brand wouldn’t otherwise have, including what other brands the customer is buying and how much they spend across brands in an average year. In addition, retailers often provide a wide physical footprint and marketing by way of in-store signage, email blasts, social media posts and real estate on their e-commerce sites.

“Each layer of cost comes with a layer of responsibility,” she said. “Retailers take on an enormous amount of responsibility for the margin they’re getting. It’s a cost to them and the brand, but [teaming with them] is one of the most cost-effective ways to grow a brand. Established retailers have already established customer loyalty and trust. You’d have to spend exponentially more money to build that same trust through digital marketing.”

DTC brands have largely underestimated how much work a middleman does, she said. “In order to overcome that, they’ve had to raise millions of dollars, and there’s an unclear path to profitability in most cases.”

McLoghlin has bootstrapped both of her companies, and Frank & Eileen has seen consistent growth, with revenue increasing about 20% every year, she said.

With Grayson, from the ground up, she designed the cost structure, logistics and financing model to work for sales channels across the board. It’s a more long-term approach, she said.

Grayson is sold at Anthropologie and Nordstrom, as well as on Grayson’s e-commerce site. She’s been careful to choose nimble, forward-thinking partners that have, this far, adapted well to retail’s waves. McLoghlin said that she doesn’t care where customers shop, especially as the company is equipped to “feed the beast,” or move product to meet demand. For example, when Anthropologie was low on product, Grayson sent it inventory that was allocated for the DTC business.

“How you’re going to execute a particular strategy in the first year or two isn’t as important as knowing you can adjust when you need to,” she said. “This way, the brand is reducing the need for capital and the customer has a better experience because they have multiple touchpoints to choose from. It’s a win-win.”

Suzanne Lerner, for her part, started her 34-year-old T-shirt brand, Michael Stars, as a wholesale company, selling exclusively through retail partners. In the years since, she’s opened and closed 12 brand stores, launched e-commerce, partnered with so-called retail disruptors including Stitch Fix, and moved to a drop-ship model at Nordstrom, Neiman Marcus and Bloomingdale’s. She’s now considering re-entering retail via pop-ups.

Through it all, she too has come to believe that a DTC-wholesale breakdown of 50-50 makes the most sense for fashion brands. “As the success of one [model] dips or spikes, you’ve got the other filling in,” she said. “It protects both businesses.”

She said she’s managed to keep pricing consistent across channels and has kept margins modest, to keep customers coming back. “Increasing margin means your giving the customer less quality for the money,” she said. “We don’t have to do that because we are privately held; we don’t have VC partners constantly pressuring us to boost revenue.”

The drawback to selling through retailers, she said, is she can’t directly contact their shoppers buying the brand. However, she gets a good amount of data from them and also brand awareness. In terms of marketing, Michael Stars has been featured as the backdrop behind the cash wraps retail partner Evereve’s 60 stores. What’s more, it’s been on the cover of several print mailers, including one of Revolve’s.

“Even the ‘DTC brands’ have acknowledged one model doesn’t work,” Lerner said. “Everyone’s at retail.”