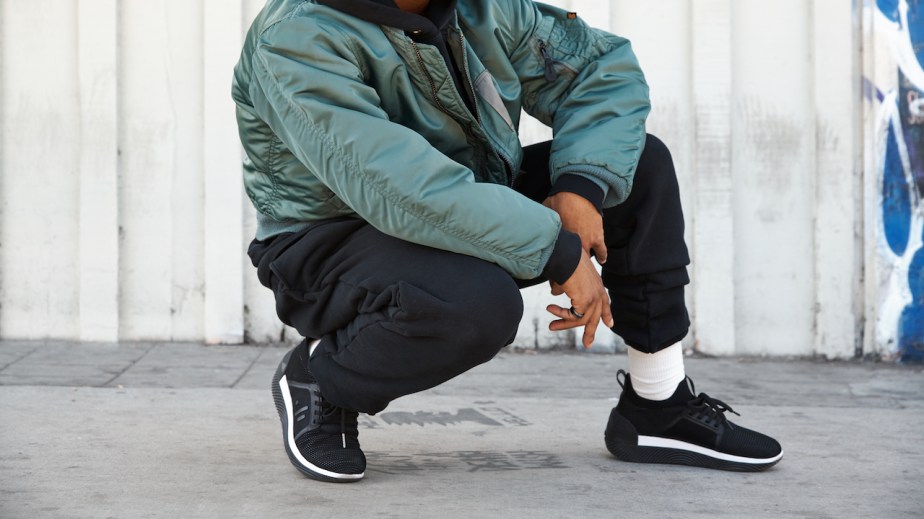 Why the new generation of wearable tech has legs

Fashion has not given up on wearables.

Similar to other trends in fashion that launched with high expectations only to then fizzle, wearable tech has held on. And new entries in the space suggest there’s new potential for the category. Big companies like Google, luxury houses like Montblanc and sportswear giants including Nike are all spending money on developing wearable tech. At the same time, newcomers are bringing novel approaches to what technology can do for apparel. The difference between the new launches and, say, VR glasses: They more seamlessly fit into one’s routine, enhancing an activity they’re already doing; they don’t read like tech for tech’s sake.

For example, DropLabs, a new company founded by former Beats by Dre CEO Susan Paley, just launched preorders for its first product: a Bluetooth-connected sneaker that vibrates along to music or other audio. For Paley, success in wearable tech is about focusing on the technology first and the design second.

“Most of the development time has been focused on the technology,” Paley said. “On the manufacturing side, with technology everything has to be super precise and careful. With soft goods like shoes, a millimeter here or there isn’t as much of an issue. So we focus on creating the tech part of it first and then kind of slot it into the shoes. Tech development changes constantly, but shoe development has been pretty much the same for 40 years.”

Google, in the years since Google Glass, has continued to try and make wearable technology viable. In addition to buying Fitbit for more than $2 billion this year, the company’s WearOS platform has become the standard operating system for any smartwatch not made by Apple.

Google’s most significant project in wearables right now is the Jacquard Tag, a universal tag that can be integrated with a number of different pieces of clothing to connect them to Google’s voice assistant tech. For example, customers double tapping or brushing the tag on their jacket or bag can trigger customizable Google Assistant actions on their phone, enabling them to read their emails or view a weather report.  Jacquard started out as a smart fabric when it first debuted in 2015, before morphing into the tag that was used in a Levi’s jacket in 2017 and an Yves Saint Laurent bag this year.

Other efforts to expand what wearables can do have focused on payments. Mastercard forged a partnership with Timex this month to integrate contactless payments into their watches, while a U.K. company called CashCuff did the same with cufflinks.

Other recent attempts at making wearable tech mainstream have focused on fitness and health. Fitbit is the obvious example, and Nikes’ launch of a smart shoe in January is another. The shoe uses a new technology called FitAdapt, which lets customers adjust the fit of the shoe –– loosening during breaks while exercising and tightening again for intense activity, for example — using a mobile app. Nike plans to bring the technology to other products soon.

Behind one of the biggest success stories in wearable tech in the last few years is smartwatches. Smartwatches made up 58% of all wearable tech sales last year in a market that’s expected to reach 190 million units by 2022, according to CCS Insight. Apple is the leader in that space, though in the past few years, traditional watch brands like Fossil and Montblanc have debuted their own version of the smartwatch, seeking to challenge Apple on the fashion side if they can’t beat them on the tech side.

“As more players have entered the wearable tech market, the ‘wow’ factor has worn off for many consumers. In the past five years, the industry has become saturated with competition, and integrated technology went from a rarity to a norm,” said Krista Corrigan, retail analyst at Edited. “Consumers are waiting for the next big thing, so companies are trying to step up to fill this white space. Leveraging an existing supply chain and strong brand equity ensures the best chance of success for both parties involved.”