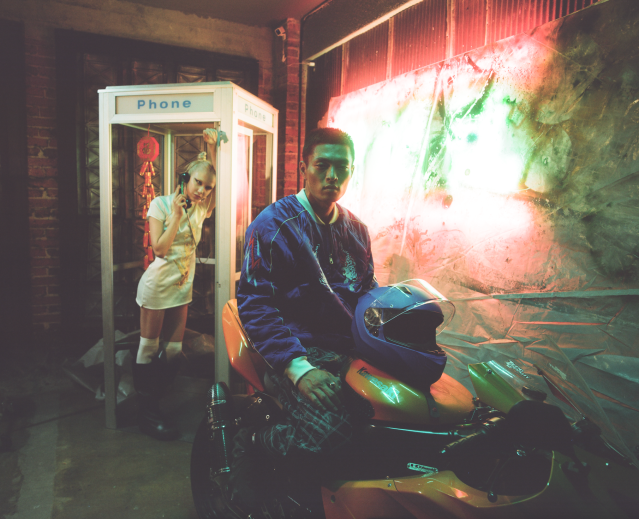 Why reduced gas prices could accelerate NFTs’ traction among brands

Seven-month-old NFT project and fashion brand Azuki released its first physical item, a reversible tiger-embroidered jacket, to holders of its tokens last week. Since February, it’s been quietly giving users a way to reduce their transaction fees for trading NFTs. NFT projects have popularly focused on access to physical items and events. But for Azuki, helping users save money via a smart contract has proven to be its most innovative service yet, adopted by Adidas and RTFKT.

Azuki is a web3 brand and digital membership club that’s sold 10,000 anime-style avatars that double as membership passes. Its four founders, who remain anonymous — not uncommon in this space — have been working on the project since August 2021, before launching avatars in January. Since then, they’ve become one of the overall best-selling NFT collections.

On July 19, Azuki came out with a limited-edition Twin Tigers jacket that was only available to NFT holders with the corresponding token, out of the various tokens distributed. These tokens were airdropped to all Azuki holders in May. “The NFT space really loves good products.  You can’t just have good art, but you have to innovate on the technology side, as well,” said the anonymous founder, who goes by the username Zagabond.

But after seeing how high the transaction, or gas, fees for minting an NFT went up in January, averaging $40 per transaction, Azuki’s founders decided to give users a way of lowering the fees for multiple NFT purchases to the price of purchasing for just one. “We came out with a new contract called ERC721A, which made for cheaper gas prices for minting multiple NFTs. That innovation is being used by a lot of new projects that are minting, and it saves gas for the whole community,” Zagabond said. “That’s exactly what the ethos of web3 is about — helping out the broader community.” The contract has been used for over 50 projects. It was adopted organically and through word of mouth, including on Discord.

Cathy Hackl, founder and chief metaverse officer at metaverse strategy agency Journey, said brands should be thinking about such cost-saving services when encouraging the purchase of multiple NFTs, which is becoming more common as the metaverse space thins out.

“For blockchains like Ethereum, the price of gas fluctuates based on network congestion. That means that the more people who are using the network, the higher the gas fee,” she said. “Gas is the cost of running the network, but not all blockchains are created equal; some blockchains require more gas to operate than others, while others have lesser energy needs.” Azuki, similarly to most popular NFT projects, runs on Ethereum.

Blockchains like Ethereum and Bitcoin that run on proof of work — meaning they’re verified through mathematical puzzles —  have more expensive transactions, averaging $3 each. Meanwhile, those like Polygon and Flow that run on proof of stake — verified by consensus mechanism  — have cheaper transaction fees, at $0.1 per transaction. These costs are small for those simply minting one NFT, but the prices become significant when trading large numbers. As Ethereum is still running on the proof of work concept until September, gas fees now are higher.

Hackl said that, while other alternatives are out there, popular NFT projects still mainly run on Ethereum. “Communities and brands looking at the environmental impact of dropping NFTs and projects are looking for ways to reduce high gas fees. As Ethereum evolves, these concerns will probably decrease. At least, that’s what many in the community are hopeful for,” she said.

The Azuki contract is available as an open source project and is now being used by some of the biggest NFT projects, including the airdrop for Doodles, and projects by RTFKT and Adidas.

The contract signals that, as people exit the gold rush for NFTs and loyal members stay, brands will have to become slicker with what they are providing for their members because the space is becoming more competitive. “Utility is evolving and services are starting to become a perk that’s included in NFT roadmaps,” said Hackl. “At the end of the day, what we’re seeing is that these projects and the brands that partner with them are tapping into new audiences and looking for new ways to engage. And services are probably part of that mix, as we head into the future of engagement and fandom.”