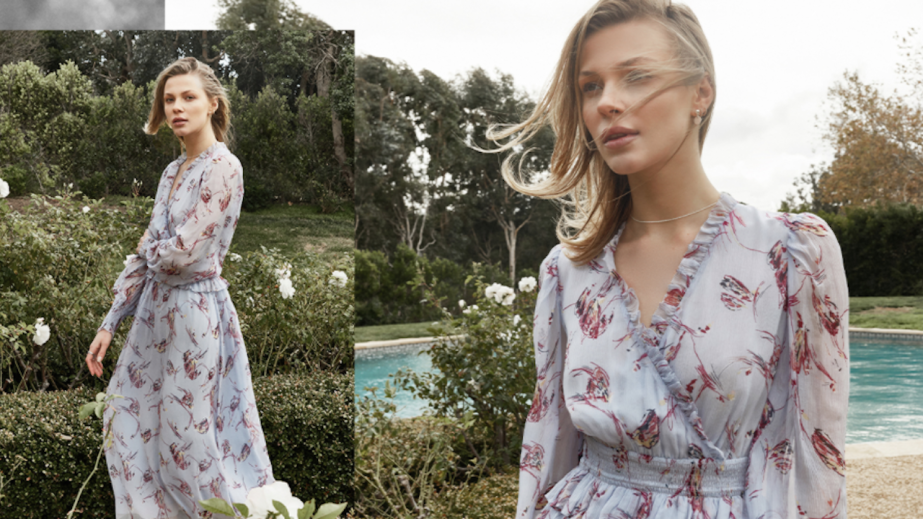 Why fashion brands are turning their e-commerce sites into marketplaces

Fashion companies are investing in online marketplaces, thereby expanding distribution for smaller brands selling on the platform while boosting their own bottom line.

With brands now launching Spotify playlists and customer groups on social platforms, marketplaces offer them yet another way to cater to and connect with their community in a way that feels authentic versus self-serving.

“More brands are thinking about their business in a new way. It’s basically: ‘My business is not my inventory, but my business is my audience,’” said Frederic Court, founder and managing partner of Felix Capital, investor in luxury marketplace Farfetch and marketplace solutions provider Mirakl. “It’s not whether or not they own the product, or are making more or less margin; it’s now: ‘What can I sell to the customer that’s relevant to him or her?’”

James Miller, CEO and chief creative officer of The Collected Group, which is made up of contemporary fashion brands Joie, Equipment and Current/Elliott, said he’s getting set to launch a marketplace on one of the company’s e-commerce sites, featuring brands that cater to the same audience, but fill white spaces in the company’s inventory. It will include, for example, accessories, as The Collected Group is largely focused on apparel. The marketplace will support young brands looking to diversify their distribution while also making The Collected Group site a one-stop shop for its customer.

Across fashion retail, new and expanded marketplaces are trending. Currently, they’re an appealing option for brands that rely on physical retail and have been left high and dry.

In April, British online fashion retailer Asos expanded its Asos Marketplace, which sells 130,000 styles from 800 vintage stores and indie labels, by on-boarding 80 brands, which was 100% more than it signed on in April 2019. Among the brands were vintage companies that normally sell through London-based vintage market Truman Markets. For new and existing brands on its platform, Asos is temporarily waiving its monthly fee of 20 pounds, or around $25. Asos also collects a 20% commission on all sales.

There’s also Facebook Shops and The Yes, which both launched last week and leave the packing and shipping responsibilities to brand partners.

Multiple brand founders have recently told me they’re launching on a marketplace or on a retailer’s site as a drop-ship partner, with many pointing to Nordstrom. Both models offer the brand awareness of selling via a wholesale model, but eliminate the risk of handing over ordered products to a department store, for example, which may go unsold and be returned at a later date. And, of course, there’s the risk of canceled orders.

Jane Winchester Paradis, founder of Jane Winchester Jewelry, said she’s been drop-shipping with various retail partners including Tuckernuck, largely for their online presence, since her brand’s launch in late 2017.

“As a small company, having control over as much inventory as you can is the way to go,” said Winchester Paradis. “I have felt very comfortable with the [drop-ship] model and want to do more of it.”

Lina Calabria, co-founder and COO of Australian accessories brand Bellroy, said in April that the company was in talks with Nordstrom about selling on Nordstrom.com using the drop-ship model. “We do drop-shipping with some other retailers around the world, and as of late, we welcome the opportunity to do it,” she said. “We like keeping all of our inventory in place as much as possible.”

On the flipside, a fashion business founder speaking anonymously said the brand awareness that comes with drop-ship partnerships and marketplaces isn’t worth it. “I’m giving up margin and doing all the work?” he said. “It doesn’t make sense for us.”

The big difference between the drop-ship and marketplace models is in the customer’s perspective. When ordering through a marketplace, customers are typically notified they’re buying from a company other than the dot-com, due to a “shipped by” or similar callout. If not while shopping, they realize it when they receive their package with the outside company’s branding on both the inside wrapping and the box. With drop-ship, used by Nordstrom, the retailer’s branding is featured. Both models require brands to package and ship their sold products to the shopper.

Of course, marketplaces are nothing new. In 2019, sales on the top 100 marketplaces, accounted for 58% of total global e-commerce sales, according to Digital Commerce 360 analysis. That group, which includes Amazon, Alibaba and Zalando, make up around 95% of global marketplace sales.

For fashion companies, Court compared the marketplace model to a consignment partnership. For hosting companies, he said, the financial benefit lies between selling products it creates in-house and selling other brands’ products via affiliate links.

A leading marketplace solutions provider, Mirakl, which has fashion clients including Urban Outfitters and Galeries Lafayette, announced in January that it saw 77% year-over-year revenue growth in 2019, with $1.5 billion worth of product sold through its marketplaces. In April, its clients’ GMV was up 300% over last year. In 2019, Mirakl on-boarded 49 new clients and closed $70M in series C funding led by Bain Capital Ventures.

Mirakl’s pitch to companies is that a marketplace will allow them to instantly expand their product offering, become a one-stop online shop and collect more data to determine what other products their customers want.

Court said it makes sense for a brand to launch a marketplace, considering its customers have already decided they relate to and trust its taste level and curation.

“If you’re not known for your sneakers, why not curate other people’s sneakers to go with your clothing offering?” he said, adding that it doesn’t matter to the customer whether the products they’re buying are coming from the brand’s store, someone else’s store or someone else’s warehouse. “All that matters is that their experience [on the site] is consistent.”

As they do not hold inventory, marketplace hosts aren’t forced to limit their offerings to what they can buy and store, plus they dodge the financial risk that comes with introducing a new product or category to their audience. Therefore, Court said, it would be a no-brainer for more luxury department stores to go there, especially considering their brand relationships and reach, not to mention their current challenges around physical retail.