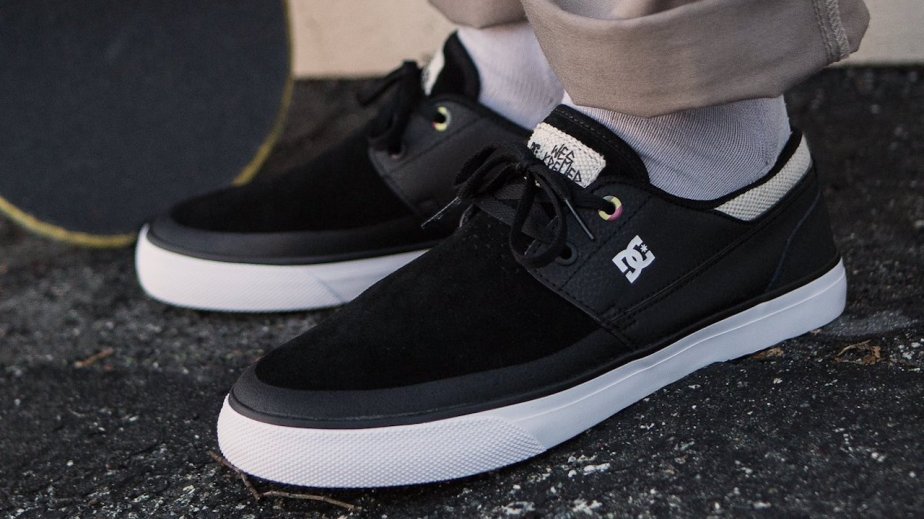 Where are the early 2000s brands that popularized skater style?

Skateboarding has been a popular pastime for American youth since its introduction in the 1970s — but it wasn’t until the early 2000s that skateboarding became a popular hobby, professional skateboarders became celebrities, and apparel brands started catering to them both.

But as the legacy of skate fashion continues to dominate mainstream fashion today — as evidenced by the billion-dollar success of brands like Supreme, Palace and Bathing Ape — many of the brands most heavily associated with the subculture in the early 2000s have fizzled. DC Shoes, Quiksilver and Etnies have either failed to capitalize on skate style’s popularity or have completely shut down. So why have some skate brands flourished while others have struggled?

Even those who were in the thick of early 2000s skate fashion find it hard to explain.

“The early 2000s days is when skateboarders became massive celebrities,” said Collette Gangemi, the former global vp of footwear at DC Shoes, who now works as vp of consumer products at esports company Andbox. “That’s when ‘Rob & Big,’ [a popular TV show starring professional skateboarder Rob Dyrdek] came out, which was huge. All these brands became mainstays with youth culture back then. On the apparel side, Supreme and Palace have now become very prevalent. But on the footwear side — other than Vans — brands like DC and Etnies have just not caught on. It’s so strange. I’m not sure if there’s one specific thing I can put my finger on, but they haven’t translated to the current generation at all.”

Brands like DC Shoes, Etnies, Supra, Hurley and Quicksilver were all mainstays of skate culture in the early 2000s. Since then, Hurley was bought by Nike and then sold off last year to a private equity firm after Nike was dissatisfied with sales. Quicksilver bought up several of its competitors like DC Shoes, Billabong, Element and RVCA throughout the early 2010s before going bankrupt in 2015. The company emerged from bankruptcy in 2016, now privately held under new management Oaktree Capital.

Part of the reason those brands have failed to capitalize in the modern day is because they simply couldn’t keep up with some of the bigger brands, which, upon seeing the growing popularity of skateboarding, jumped into the ring. Those brands had the benefit of more money, more resources and more innovative retail strategies. (Quiksilver severely curtailed its retail presence after emerging from bankruptcy in 2016.)

Nike applied its hype model to the Nike Dunk SB, a skateboarding shoe that released new models periodically in limited quantities and sold at independent skate shops rather than traditional Nike outlets. The scarcity model brought in the attention of sneakerheads, which made the skate shops happy, which gave Nike the leverage it needed to permeate itself throughout the skate shop retail ecosystem. Soon, it had taken over and Nike SB became the fastest-growing category within Nike.

“Big guys like Nike and Adidas started encroaching on the skateboarding world,” said Jian DeLeon, editorial director at Highsnobiety. “The local skate shop where a lot of these niche brands were sold died out, and those brands fell to the wayside. They couldn’t keep up with what it takes to run a modern brand, and they held themselves too much to the world of skate. That whole industry, the niche skate brand and independent skate shops, it’s all fading.”

In the late ’90s, when Nike first tried selling skate shoes, it was largely rejected by the skate community. But in the mid-2000s, Nike hit on a genius idea. It’s common for skate brands to have an in-house team of professional skateboarders, for whom it sponsors at competitions and creates signature shoes and skateboard decks. Nike began poaching some of the most popular skaters away from other brands to sign with Nike’s newly formed skate team. That included skaters like Erik Koston, Paul Rodriguez and Stefan Janowski.

“Nike, Adidas and Converse all started pouring more energy and resources into skate around the [early 2000s,]” Gangemi said. “The minute those brands came into play, it was a whole new competitive set that the core skate brands were not used to. They had the money to sign these skaters, and DC Shoes, among others, just couldn’t compete with those salaries.”

A factor in the success of brands like Supreme and Vans was their willingness to expand beyond just a core, niche skater consumer. In 2012, Vans said this was part of its rebranding strategy and that it would target a general youth consumer beyond just skateboarders. While Gangemi said that, even during her time at DC Shoes, half of the company’s business was just regular apparel and not necessarily skate performance equipment.

“How would you even define a skate brand?” DeLeon said. “Supreme technically is — they sell skateboard decks and wheels — but I don’t think anyone would consider them solely a skate brand anymore.”

While some of the brands are still around, it’s the Supremes and the Nikes of the world that are the ones reaping the benefits of a resurgent skate culture entering the mainstream.“