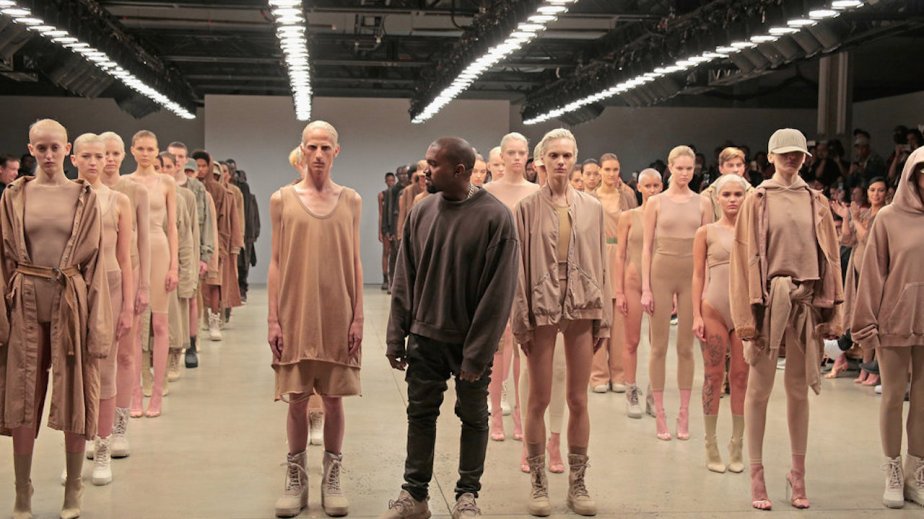 “It’s time for me to go it alone,” Kanye West declared last week, after his tumultuous and highly public break-up with Gap. Only one year into the intended 10-year partnership, West, who now goes by Ye, declared his future fashion ventures will be solo affairs.

But so far, all of West’s biggest fashion successes have been collaborations with larger entities. His shoes were made with Adidas, which he still works with, and his apparel of late has been created with Gap and Balenciaga. So what will an independent Yeezy brand look like?

West’s public statements offer a few clues. The biggest one, which has caused the most friction between Ye and Gap and Ye and Adidas, is West’s prioritization of retail stores. West wants to open a lot of them, and neither Gap nor Adidas is willing to open Yeezy-specific stores.

In the last three weeks, West has been urging candidates with “experience opening retail networks” to reach out to him to build up his brick-and-mortar staff. To date, Yeezy has existed largely as an online brand: Adidas sells Yeezy sneakers in only a few stores, Gap only sold the Yeezy line in only one store before the partnership ended, and Yeezy Supply, the only source of Yeezy goods fully owned and operated by West, is online only.

Even with the built-in audience and draw that the Yeezy brand has, building a large retail network from scratch is no easy task, according to retail experts. Stores are expensive investments and even the largest brands are currently refocusing their retail efforts on fewer and more strategic locations.

“Yeezy needs to make these decisions with its customers in mind first,” said Kristin Dorsey, vp of marketing at Linc, a retail CX platform that works with large retailers like Levi’s and Pacsun. “Are the core consumers of the Yeezy brand demanding the easy availability of an in-store experience or more of an exclusive, VIP feel? [Even] if so, expanding too quickly can kill the ‘cool’ factor of the unavailable.”

It’s possible that a West-operated Yeezy may be able to release products on a more regular cadence. When Yeezy sneakers first dropped, they were exclusive, hard-to-get items. But within the first few years, West insisted on increasing production. A driving philosophy of his has always been, “Everyone who wants Yeezys will get them.” But his Gap line was slow to come out. In the first year of the partnership, only a few items were released: a hoodie, a jacket and T-shirts.

West blamed the slow cadence on hangups and miscommunication between himself and Gap’s higher-ups. Yeezy Supply, his own operated channel, is far more regular about new releases, dropping multiple times a month. An independent Yeezy may have a more regimented cadence of releases that would mean more availability, but also a loss of the exclusive hype that drove Yeezy’s early success.

In addition to stores, West wants to build other physical outposts. He’s opening a private religious school, which has already attracted attention for some of its practices like making students’ families sign NDAs. He’s also planning something he calls Donda campuses, which will offer housing, shopping, schools and farms, and sell Yeezy products not found elsewhere. In addition, he’s been recruiting outside of retail operations, adding former Nike designer Nur Abbas as head of design for the Yeezy brand.

“It’s not a bad idea to explore retail, although maintaining a relationship with customers through digital would be the wiser path,” said Kevin Goodwin, senior director of media services at performance agency New Engen. “It’s a much easier way to stay in touch with your consumer and do that with remarkable frequency. You have email, website, social and so on, to reach them and communicate brand values and new products — as well as keep your brand top of mind without having to enter your store.”

What West wants to do with Yeezy is clear, but whether it will be successful is another question entirely. West’s business record so far has been full of both staggering successes and missteps. Yeezy sneakers are still wildly popular and make West more than $500 million in royalties alone each year, but his two previous fashion brands Pastelle and Kanye West both failed. Coupled with his public persona, frequent feuds, bad press and willingness to blow up established partnerships when they aren’t working out, Yeezy’s independent success depends on balancing West’s proven business acumen with his idiosyncratic style.