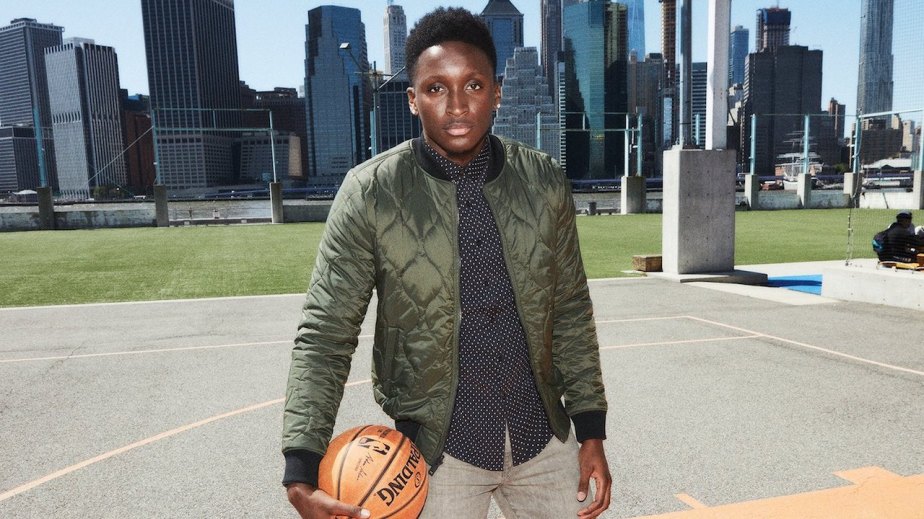 Athletes have always been style icons, but in the past year, fashion’s hunger for basketball — both the players and the looks inspired by them — has blown up. Athletes have become valuable influencers for brands looking to target men at a time when menswear is on a meteoric rise.

According to a report from retail decision platform Edited, luxury fashion brands are cranking out more basketball-inspired looks than ever before. The number of basketball jerseys on sale from fashion brands like Neil Barrett and Palm Angels has quadrupled in the last year. Likewise, the number of basketball shorts and hoodies from the same brands has gone up 14% and 21%, respectively.

While many of the brands embracing the trend are what most would consider streetwear — they include Supreme and A-Cold-Wall — more traditional luxury brands like Dolce & Gabbana and Dsquared2 have also gone all in on the trend. In doing so, they are elevating these pieces both in prestige and in price. Edited found that the average price of basketball jerseys grew from $175 to $360 thanks to pricier items sold through luxury platforms like Farfetch.

“The growth of street style and athleisure have certainly been the most significant drivers behind the rising popularity of the basketball jersey,” said Krista Corrigan, retail analyst at Edited. “As streetwear labels develop more of a presence at fashion week [through shows and presentations], the influence of this market on luxury brands will become increasingly noticeable. On top of that, the inclusion of logo-centric designs and in-your-face branding cater to the jersey aesthetic. The spring 2020 shows were proof the trend is not confined to streetwear, with Dolce & Gabbana including sporty silhouettes in its collection.”

This shift can also be attributed to the rise of NBA players as style influencers. Players like Russel Westbrook and LeBron James have become just as well known for their off-the-court style as for their athletics. Brands have tapped these players for campaigns, as Express did with Pacers point guard Victor Oladipo for its NBA licensed clothes. And Cavaliers center Kevin Love designed his own menswear collection in collaboration with Banana Republic.

“As a whole, streetwear is a hot trend in fashion,” said Robert Cuthbertson, vp at Boston Retail Partners. “The key factor driving this trend is shoes, many of which are designed specifically for basketball players. Lebron James, Kyrie Irving and Paul George, in addition to a who’s who of basketball’s elite players, all have variations of the shoes they play in developed with limited-edition versions for sale. The secondary market for these shoes is on fire.”

Resellers like StockX and retailers who have gotten into resale like American Eagle when it partnered with Urban Necessities, have all beneftted from these players’ signature shoes.

This coincides with a general surge in menswear over the past few years. Menswear has outpaced women’s in sales growth every year since 2009, though it is still smaller overall. A recent report from Rakuten also found that men are increasingly likely to engage with fashion influencers. Of the 3,500 surveyed consumers, most of whom were American, 65% of men said they interact with a style influencer every day. The difference, however, is in who men follow.

Typically, according to Edited, men tend to take cues from celebrities and athletes for whom “style influencer” is not their primary occupation. Another report from streetwear blog Hypebeast found that musicians and athletes were ranked above “influencers” in their impact on the streetwear world.

“Men do not follow ‘style influencers’ in the traditional way women do, which is precisely why the NBA has been so successful,” Corrigan said. “The players have alternative mediums for reaching male consumers, and exposure is not always intentional. In particular, players entering the arena has become a regular aspect of game coverage. It’s one that is broadcasted across sports networks, news articles and team Instagram accounts. The player persona has evolved, and athletes are looked up to for more than just their abilities on the court.”