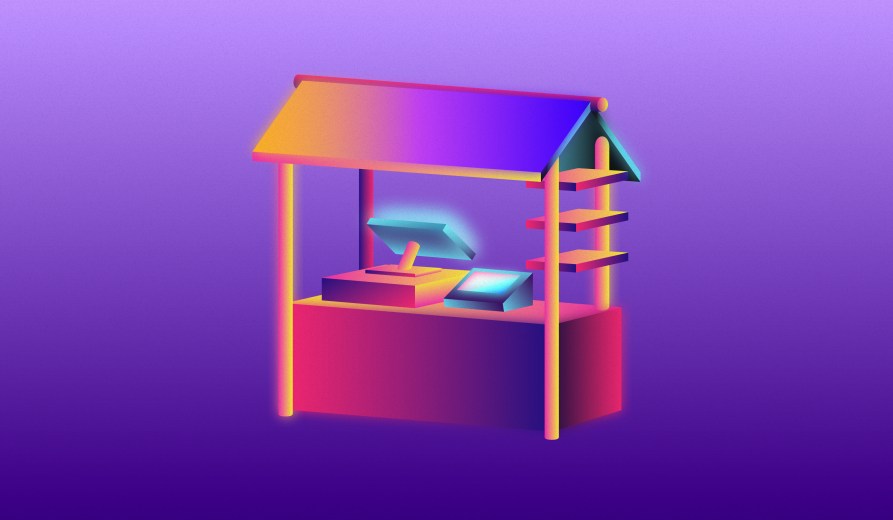 Whatever happened to the mall kiosk?

This story is part of The Great Mall Overhaul, a joint Modern Retail and Glossy editorial series looking into all the ways the businesses underpinning malls have been upended.

The humble mall kiosk is a mainstay of the American shopping mall. From tiny 10-foot-by-10-foot stalls selling T-shirts and fragrances to sprawling 30-foot stands selling Auntie Anne’s Pretzels, those leveraging mall kiosks have run the gamut from independent sellers to multibillion-dollar brands.

But recent pressures of the pandemic, the supply chain and the economy have made kiosks a tougher prospect than ever. The loss of retail foot traffic due to the pandemic has made malls more strict about kiosk guidelines to maximize foot traffic to stores. And the costs of retail operations have continued to rise, putting more strain on both malls and kiosk occupants.

Yvie Schoeder, graphic designer and project manager at Palmer Retail Solutions, helps design and build retail kiosks. Her customers include malls that build small kiosks referred to as RMUs (retail merchandising units) and rent them out. She also works with brands that buy kiosks directly and install them in a spot they rent from the mall.

Schroeder’s job involves dealing with specific parameters that malls set for kiosks, which are often stricter than the guidelines for stores, Schroeder said. For example, because kiosks are often placed in the middle of a hallway, malls don’t want them to be too tall and block sight lines. While it was common for kiosks a few years ago to have trusses built above them and signage as high as seven feet, Schroeder said malls have started disallowing trusses and have required signs to be lowered to six feet or even five feet.

“That’s not great for the dealer,” Schroeder said, referring to the brand or seller that has rented the space for the kiosk. “Obviously, you want your sign to be as visible as possible so people will see it, and five feet is below the eye line of the average person.”

Schroeder said jewelry kiosks typically like to have a safe in the middle of the structure, to be able to store the jewelry overnight. To be ADA-compliant, however, these kiosks need to have a 60-inch turn radius, making the addition of a 30-inch safe difficult or impossible.

In addition, Schroeder said a mall recently required a bubble tea kiosk to build a wall around equipment being used behind the counter to keep it out of customers’ view. The same mall had another parameter saying kiosk walls could only be six feet high, yet the smallest bubble tea machine available is three inches taller. The seller cut the feet off the machine, in an attempt to meet the requirements, but it was still over six feet. Eventually, the mall acquiesced and allowed the construction. But Schroeder said that’s uncommon.

“Unless you’re a billion-dollar brand, you’re not going to win an argument with the mall,” she said. “Sometimes clients ask why they have to follow certain guidelines when Starbucks has a kiosk in the same mall and they’re not following the same guidelines. It’s because Starbucks has billions of dollars. They can get what they want.”

“Kiosk interest tends to come from startups or independent brands with slightly smaller budgets that are looking to get their brand into high-footfall locations,” he said.

While kiosks are usually less expensive to rent than a full storefront, they’re not cheap. Schroeder said even the most barebones kiosk can cost more than $15,000 to build, and larger ones can easily surpass $50,000. Smaller brands feeling the strain of covering such costs have contributed to the kiosk’s reputation for pushy sales techniques.

As kiosks rely on foot traffic to survive, the pandemic hasn’t been helpful. Data from retail foot traffic analysts at Placer.ai showed that visits to outdoor malls were down 5.7% year-over-year during October. They were down 4.8% at outlet malls, marking the third straight month in a row of declining foot traffic.

But Ethan Chernofsky, vp of marketing and an analyst at Placer.ai, said there’s reason to be confident.

“Malls have proven resilient, even in the face of narratives that prematurely claimed their demise. A key element of this is the holistic experience they uniquely provide,” Chernofsky said. “While some less exciting kiosks are likely to fall by the wayside, the concept is still very exciting, especially as more retailers and concepts look to find space in malls that are seeing greater demand than before.”