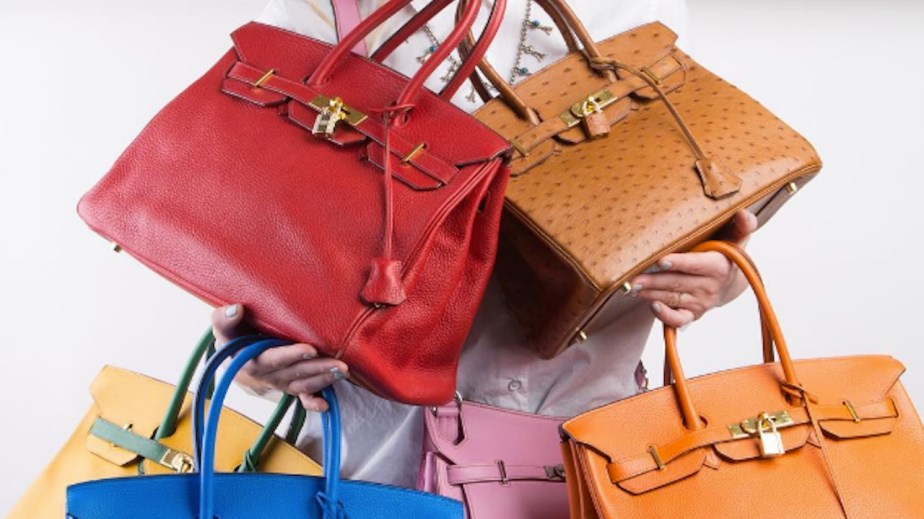 Weekend Briefing: A week of ups and downs for resale and rental

Last week presented big news for the resale and rental worlds. The RealReal lost its CEO, Rent the Runway began a comeback and both companies joined forces with a new circular textile group. Elsewhere, Amazon expanded its Luxury Stores platform. And Glossy hosted fashion and beauty leaders at the Glossy Fashion & Luxury Summit, held in Naples, Florida. Don’t forget to check out the Glossy Week in Review podcast with Glossy’s editor-in-chief Jill Manoff and myself, and the Glossy Podcast with Manoff and Brilliant Earth’s Beth Gerstein. –Danny Parisi, sr. fashion reporter

Changes in rental and resale
On Tuesday, Julie Wainwright, founder and CEO of The RealReal, abruptly stepped down as CEO, the position she’s held for more than a decade.

In her place, The RealReal president Rati Sahi Levesque will be interim co-CEO along with the company’s CFO Robert Julian. Often, CEO departures are drawn out, but Wainwright’s exit was effective immediately. She’s also leaving the board of the company, both as chairperson and member. Her only ties to the company will now be as an advisor until the end of the year.

While The RealReal’s revenue has grown, the company has never been profitable. Losses widened in the last quarter. On the Glossy Week in Review podcast, Glossy’s editor-in-chief Jill Manoff and I speculated that Wainwright’s departure is to make room for a CEO with more experience in helping a public company achieve profitability. Wainwright’s public statement on the matter indicates that’s exactly the case.

“The RealReal continues to make progress on its path to profitability, and I feel now is the right time for the next generation of leadership to guide the company through its next chapter,” she said.

Earlier in the pandemic era, resellers like The RealReal seemed to have the upper hand over rental platforms like Rent the Runway. The latter was hit hard by the pandemic, as there were few events that necessitated renting a formal dress, for example. But as The RealReal’s losses widen, Rent the Runway is recovering. The company’s most recent earnings report on Thursday showed first-quarter revenue of $67 million, more than twice the company’s revenue in the same quarter last year.

Active users also grew significantly, from 74,000 to 135,000. While Rent the Runway is also unprofitable, it’s making positive progress with losses narrowing in the first quarter.

But rental and resale aren’t in conflict. In fact, there are signs the two leaders in these categories are working more closely together. On Wednesday, fashion resellers including The RealReal, ThredUp, Trove and Fashionphile joined rental companies like Rent the Runway and Caastle to form the American Circular Textiles group. The group’s stated goal is to push for policies that support the retaking and recycling of textiles in the U.S. The current plan is to produce a paper this year outlining ways lawmakers can support more circular textiles and the impact on the environment.

Amazon Luxury Stores expands
As of Wednesday, Amazon has begun offering its Luxury Stores program in parts of Europe including the U.K., Germany, France, Italy and Spain.

Launching in September 2020, Luxury Stores is Amazon’s answer to Tmall’s Luxury Pavilion — a way to bring luxury brands onto a mass e-commerce site by sequestering them away from the firehose of cheap products found elsewhere on the site.

So far, Luxury Stores hasn’t quite blown up the way Amazon likely hoped. A year and a half after its launch, Luxury Stores has 52 brands and few major coups in the fashion space aside from Oscar de la Renta and Rodarté. No new brands have been announced in tandem with the expansion to Europe.

Stitch Fix layoffs
On Thursday, Stitch Fix announced layoffs of 15% of the salaried positions at the company, accounting for around 330 people. The goal is to reach profitability and drive down expenses to make up for low revenue and users. Stitch Fix’s third-quarter net loss was $78 million compared to $18 million last year, and its users dropped by more than 200,000 in the same period. Lowering labor costs may help the balance sheet in the short term, but Stitch Fix’s losses are big enough that larger restrategizing is still necessary.

Glossy Summit
From Monday through Wednesday, Glossy hosted the annual Fashion & Luxury Summit in Naples, Florida, welcoming speakers from companies including Faith Connexion, Levi’s, Rebag, MyTheresa and For Days. The discussion was lively, the speakers were insightful and the drinks by the pool were strong.

On Glossy, we have several articles diving into some of the topics brought up by the speakers and attendees, from selling luxury on Amazon to marketing on TikTok to targeting ultra-high-net-worth customers.