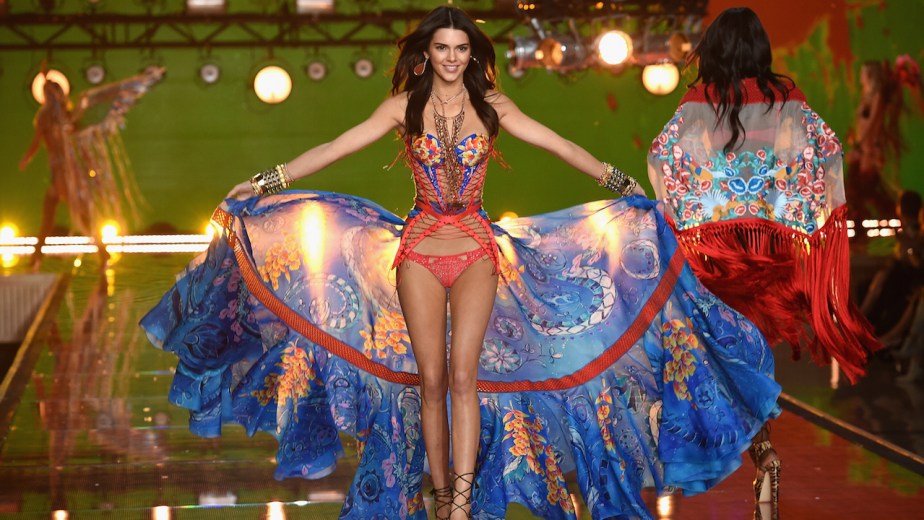 Weekend Briefing: A new Victoria’s Secret doc focuses on the past as the brand looks ahead

Last week, fashion prices continued to rise; Dior and Valentino began, and then quickly resolved, a retail spat; Prime Day put up big livestreaming numbers; Miami Swim Week kicked off; and a documentary dubbed “Victoria’s Secret: Angels and Demons” hit Hulu, just as the brand is pushing a new, more progressive identity. Don’t forget to subscribe to the Glossy Podcast to hear the Week in Review episodes with myself and Glossy’s editor-in-chief Jill Manoff, as well as Jill’s interview with Nick Brown of Imaginary Ventures. –Danny Parisi, sr. fashion reporter

Victoria’s Secret’s secrets come out in new documentary
As Y2K fashion brands and trends capture headlines again, Victoria’s Secret is back in the news. Rather than a new collection or marketing campaign, it’s drawing attention for a three-part documentary; “Victoria’s Secret: Angels and Demons,” released on Thursday, has both industry insiders and consumers talking.

The series, which streams on Hulu, doesn’t just explore the brand’s rise to power in the 1990s and 2000s. It also resurfaces the seamier aspects of Victoria’s Secret, including the negative impact it had on women’s body image and the disturbingly close relationship that Les Wexner, former CEO of former Victoria’s Secret parent company L Brands, had with Jeffrey Epstein.

With the costs of doing business rising across the board, DTC footwear brand M.Gemi became the latest fashion brand to announce a rise in prices, increasing those of select styles by 10-15%. The announcement came in the form of an email to customers sent by founder Maria Gangemi.

“Essential to me is that I am as transparent with you as possible,” Gangemi wrote. “As the cost of resources has risen globally, we will have to slightly increase the prices of select styles, effective July 15.”

M.Gemi is one of many brands that has raised prices in the last few months, joining the ranks of Louis Vuitton, Telfar, Kate Spade, Tommy Hilfiger and Ralph Lauren. Despite how common price hikes are, brands are still striking an apologetic, transparent tone to curb any potential ire the increases may draw.

For example, when fitness brand Bala Bangles increased prices in June, the message to customers from founders Natalie Holloway and Max Kislevitz was similarly exculpatory.

“The unfortunate reality is that the cost of doing business is historically high,” the brand wrote in an email to customers. “From raw materials to inbound/outbound shipping, surging prices have forced our hand. To maintain a fair margin — to continue to offer beautiful, functional fitness equipment — we’ll be increasing prices on select items and decreasing prices where possible.”

Dior demands, then retracts, $100,000 in compensation from Valentino

On Monday, Women’s Wear Daily reported that Dior had allegedly sent a letter to Valentino demanding around $100,000 in compensation for Valentino’s couture show in Rome that blocked foot traffic to a Dior store located nearby. Apparently, Valentino had assured all retailers in the area that its outdoor show wouldn’t disrupt retail foot traffic. According to Dior, that didn’t happen; the letter described the Dior store as “desolate.”

The reaction from the fashion community once the letter was made public was mostly mocking.

“Dior suing Valentino because the Dior store was empty is so petty,” wrote one Twitter user. “[T]hat’s not a coincidence, just admit that Valentino is thriving and focus on your own brand.”

Later in the week, a second report stated that Dior had retracted the letter and the $100,000 demand, citing mutual respect between the two brands.

Amazon’s annual celebration of itself, Prime Day, started on Tuesday. The results, which were released by Amazon on Thursday, showed that while the growth of Prime Day sales from year to year has slowed, perhaps brought down by the overall depression of spending across the U.S., there are a few interesting spots.

For one, Prime Day livestreams saw over 100 million views between Tuesday and Wednesday. While livestream shopping has been a relatively quiet phenomenon in the U.S. compared to China, Amazon has demonstrated that it can scale in the right hands.

And according to data from Adobe, there was a noticeable use of Prime Day for back-to-school shopping among American consumers. Children’s apparel was one of the top performing categories.

Ultimately, the $12 billion that Amazon made over two days amounts to the two biggest days for U.S. e-commerce revenue in 2022. While a recession or economic downturn is likely, the spending that U.S. consumers still make will likely be focused on discounted and affordable options, giving Amazon a boost over specialty retailers, according to Pat Brown, vp of Adobe.

“It’s apparent that consumers are incredibly price conscious, and it will be important for retailers to leverage price effectively, in order to unlock new growth potential online,” said Brown.

Miami Swim Week began on Thursday, kicking off a multiday collection of swimwear trade shows. While swimwear enjoyed boom times in 2021, this year has been tougher on the category. In the first half of the year, swimwear sales were 13% lower than they were in the first half of 2021, according to The NPD Group.