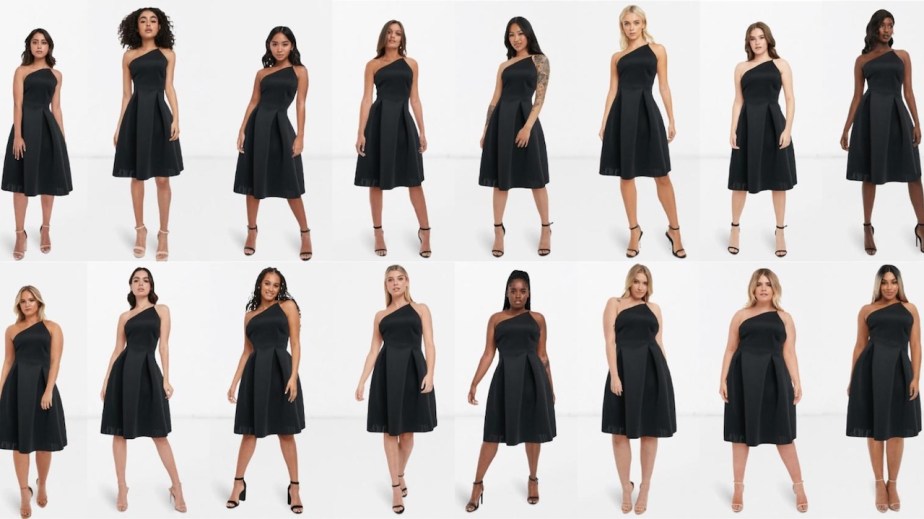 In the past 10 years, AR solutions have radically jumped forward, in terms of their sophistication, becoming both more affordable and more scalable for brands interested in virtual try-on.

Brands and retailers from Ba&sh and Farfetch to Adidas and Kendra Scott have all adopted new virtual try-on programs in the last year. One reason: The technology is improving. But also, the pandemic-fueled surge in e-commerce has led to more product returns than ever before. Returns are a trillion-dollar problem for the retail industry, and the problem grew when many brands and retailers extended their return windows during the pandemic. Virtual try-on has swiftly emerged as one method of reducing those returns.

Raghav Sharma, president of Perfitly, a company that provides virtual try-on services to brands like Masterclass Apparel, said that reducing returns has been the No. 1 goal for many of the company’s brand partners, along with wanting higher conversion rates. Sharma said brands that work with Perfitly see an average of 64% fewer returns, compared to those who don’t, and 80% conversion rates. Macy’s, after introducing virtual try-on last year, credited the feature for helping bring its return rate down to under 2%. Shopify saw a 40% decrease in returns thanks to AR visualization last year.

Interest in Perfitly has spiked during the pandemic, Sharma said, with the company seeing nearly 10-times the number of inquiries in 2020, compared to 2019.

Additionally, remote work meant the industry more rapidly adopted techniques like 3D modeling to aid design teams that aren’t all in the same room together. Sharma said a hurdle for brands wanting to launch virtual try-on in pre-pandemic days was the need to create 3D renderings of every product intended for visualization. Bur brands that already have renderings — even the barebones versions used in the design process — can more easily set up a virtual try-on program since the assets already exist. Since most companies like Perfitly charge brands on a per-SKU basis, having the assets already in-hand can cut down costs on virtual try-on programs significantly. Sharma said brand expenses for virtual try-on can vary greatly, but can be as low as double digits per SKU.

And brands have embraced 3D design wholeheartedly. For example, in September, Chieh Tsai, chief product officer at Lands’ End, told Glossy that while the brand had dabbled in 3D rendering design pre-pandemic, it had switched to almost entirely 3D designs after the pandemic began. Tommy Hilfiger and Calvin Klein both announced that all of its designers were being trained in 3D design at the beginning of 2020 as well.

At the end of March, Farfetch began working on a virtual try-on program with a startup partner called Zeekit, which will include a virtual fitting room that’s set to debut later this year. In August, Farfetch dabbled in a virtual try-on program created by tech company Wannaby that focused solely on sneakers, but the Zeekit collaboration is meant to work across a wider array of Farfetch’s product categories. Zeekit has begun working with brands like Tommy Hilfiger and Adidas in the last year, as well.

“Working with Zeekit allows us to provide a really immersive and personalized shopping experience for our global and diverse consumers,” said Carol Hilsum, senior director of product innovation at Farfetch. “Being able to help people shop on our site, and see how something will look on people of different sizes and with different skin tones, really helps with inspiration and choice.”

While much of the hype around virtual try-on is focused on e-commerce, it has applications in-store as well. The French apparel brand Ba&sh recently launched its first sneaker line alongside a virtual try-on option powered by Snapchat, but Ba&sh CEO Pierre-Arnaud Grenade said he’s just as interested in seeing how the technology is used in-store as at home.

“I also think of it as an additional tool for the salesperson,” Grenade said. “They can just pull out their phone and show the customer how it looks in different colors or styles they might not have in stock, and then order it for them if they want it. We’re having more discussions now with Snapchat, and it’s something we want to do more of in the future.”