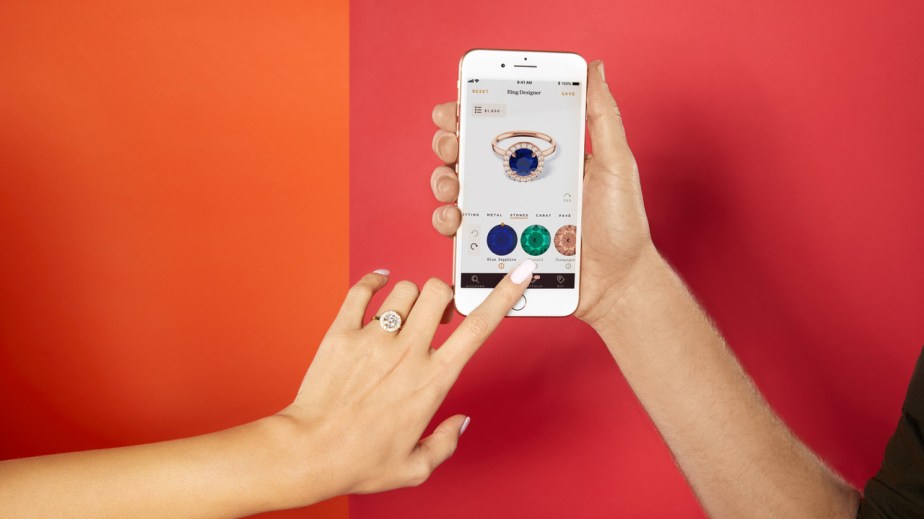 Virtual try-on is catching on among fashion consumers

Sunglasses brand Bollé is one of several retailers that had an AR plan in the works well before March and are now taking advantage of the opportunity to lean on the technology.

In June, Bollé introduced a “Try-On, Try-Out” feature in partnership with AR firm QReal and consultancy M7 Innovations. The tool lets customers demo Bollé’s Phantom lens in two ways: A selfie-style option allows them to see how they would look wearing the lenses and the company’s Chronoshield frames. The other option provides the effect of looking through the lenses. Users can use the AR filter to simulate how the lens’ high contrast, anti-fog and photochromatic features perform in real time, in a variety of environments.

The timing of the launch worked in Bollé’s favor. “Covid hit, and all of a sudden, customers didn’t want to touch anything, including glasses that had been tried on by somebody else,” said Chris Abbruzzese, vp of trade marketing for North America for Bolle Brands. “[Enter] this idea of trial without touching, and it all accelerated from there.”

In the weeks since its AR debut, Bollé has seen increased engagement on its website and conversion through partner retailers.

“We’re seeing more time spent on site, from one to two seconds to 12-13 seconds,” said Abbruzzese. “We’ve created an expectation for performance sunwear. That’s going to come back to bite us, because now for everything we release, we’re going to have to have the ‘Try-On, Try Out,’ but we’re headed down that road now.”

Bollé’s new feature is available through Instagram, which has offered a Spark AR integration since last fall that lets users virtually try-on products from select brands, including Warby Parker and Nars Cosmetics. “It’s very visual. That’s the beauty of Instagram,” said Abbruzzese. “We wanted the visual to do the talking. We didn’t want these long posts and lots of tech — we were trying to create a very nimble experience that could be shared.”

Garnier estimated last year that more than 100 million consumers would be using AR to shop in 2020. Retailers, meanwhile, were expected to spend $1.5 billion on developing AR and VR this year, according to the International Data Corp.

Numerous fashion brands have been moving their virtual try-on experiences from siloed apps to integrations with more mainstream social media and e-commerce platforms. After launching its own AR iOS app last year, Gucci partnered with Snapchat last month to let users try-on eight different pairs of shoes using AR lenses and shop their favorites through the social platform. In China, e-commerce giant JD.com launched an AR feature earlier this year that lets customers virtually try more than 1,000 sneakers on the platform. In June, JD.com also announced it’s working with Sony to expand its AR capabilities by creating a tool allowing customers to virtually measure their feet with phones equipped with a time-of-flight camera.

Meanwhile, in March, Shopify added built-in support on its platform for 3D and AR models. Rebecca Minkoff said the 3D integration made customers 44% more likely to add a product to their cart. The brand, which has been testing the features since late last year, discovered that shoppers were 65% more likely to purchase a bag if they had viewed it in AR.

But other brands are just beginning to test the waters. Kendra Scott worked with AR firm Mirelz to introduce a virtual try-on feature for earrings in April. And Madeline Fraser, founder and CEO of digital custom jewelry brand Gemist, said the company — which offers virtual customization for its rings and a try-before-you-buy feature using replica products — is only now considering adding an AR try-on option. She plans to hold off until the company can “build something impactful, beautiful and really realistic to the final product.”

However Fraser doesn’t want AR to replace IRL try-on, which she believes will always result in more sales. The company has seen an 80% increase in demand for its try-before-you-eye offering since March.

Abbruzzese agreed that AR try-on isn’t enough. “Our goal was not to supplant the retail experience, but to augment it so that the customer, as they go into the store, has now done a bit of research,” he said. “It’s compressed time, so that they don’t have to try everything on; they can just try one or two pairs because they’ve narrowed it down.”