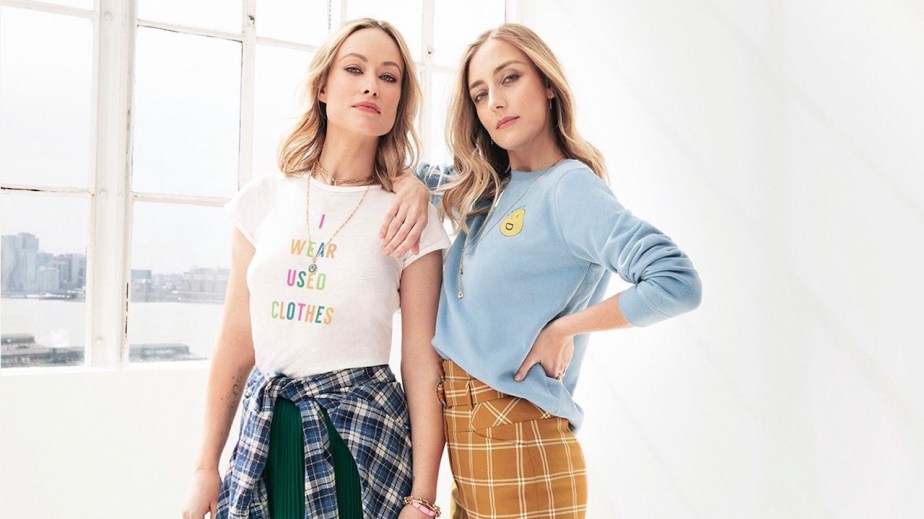 ThredUp launches a celebrity collaboration to fuel interest in resale

Fashion resale company ThredUp is hoping to get rid of the stigma that shopping secondhand isn’t as fun or chic as buying new. Today the brand shared that it is launching a secondhand capsule collection in partnership with Conscious Commerce, a company founded by actress Olivia Wilde and creative director Barbara Burchfield that connects non-profits with big businesses.

“I think the conversation around sustainability and the fashion waste crisis is only growing, and we feel it’s really important that we lead that conversation,” said Jenna Bray, head of brand for ThredUp.

Bray said, in the past, it has also been a challenge for the brand to find celebrity partners who want to promote secondhand clothes, so working with someone as well-known as Olivia Wilde is a big win.

“I love secondhand and the work ThredUp is doing to keep clothing in use longer. Our ‘Choose Used’ collaboration is all about celebrating and de-stigmatizing used clothing to cut the waste and create a more sustainable fashion future,” said Olivia Wilde, in a statement.

More millennial and Gen-Z women bought secondhand items at least once in 2018 — at 29% and 37%, respectively, according to and industry report from ThredUp and GlobalData. Second-hand clothing sales are projected to hit $51 billion by 2023, according to research from data analytics company GlobalData. To date, ThredUp has raised over $130 million in funding, while in 2017 it brought in $100 million in revenue.

But there’s much competition in the resale space, with companies including luxury goods platform TheRealReal and peer-to-peer sales company Poshmark fighting for market share. A recent survey by financial advisory firm Raymond James found Poshmark’s brand awareness is roughly 50%, while ThredUp’s is 31% and TheRealReal’s is 11%.

The recycled collection includes about 4,000 used tees, denim jackets and sweatshirts collected through ThredUp’s clean-out process, where shoppers fill a bag with used clothes in exchange for cash or credit for ThredUp’s online store. The company used its traditional process of having every item resold in the collection inspected by three different merchandisers. From there, Wilde and her team came up with several slogans to screen-print on each of the items being sold in the recycled collection, including, “Used goods” and “I wear used clothes.” Conscious Commerce’s team helped design the retro slogans. All pieces from the collection will be sold on ThredUp’s website, with a portion of proceeds going to sustainable fashion nonprofit Circular Fashion Fund.

ThredUp company will leverage Instagram to spread the word about the campaign, working closely with celebrity partners including Nikki Reed, Lena Dunham, Jonathan Van Ness and Sophia Bush. Wilde and the other celebrities will post photos of themselves wearing items from the collection, paired with the hashtag #ChooseUsed.

“Since we started, we’ve upcycled about 65 million products, but now it feels we started really trying to address the stigma around secondhand, and it feels like we’ve primed our audience. As a result, the broader audience is ready to discuss the problem more,” Bray said. “We’re trying to make an invisible trend visible, but do it in a way that feels cool and give people something they are going to want to wear.”