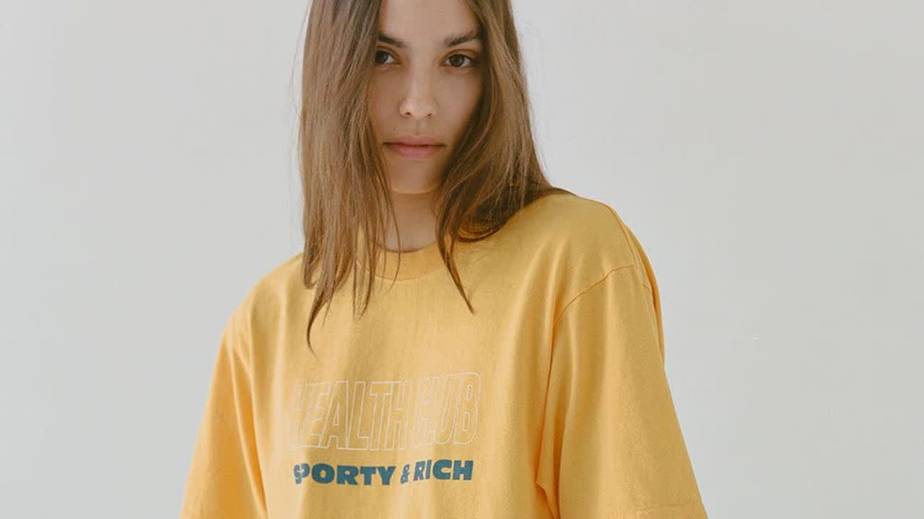 ‘This isn’t the time for wild innovation’: Why nostalgic fashion is selling

As uncertainty abounds, shoppers are finding comfort in nostalgic fashion.

This is especially true in the streetwear category. The Hundreds is capitalizing on the current shift toward nostalgia, releasing on May 7 a vintage-inspired collaboration with sneaker brand Puma. Days prior, on May 1, Sporty & Rich dropped a spring 2020 collection of sweatshirts and tees that look straight out of 1994.

And nostalgic items are seeing demand. On April 10, T-shirt company Johnny Cupcakes released a limited run of 99 shirts featuring designs of popular album covers from the 1990s with a cupcake-themed twist. Madhappy released a nostalgic tie-dye collection on April 24. Both of these collections sold out. Madhappy declined to share how many units were made.

“People want something nostalgic and familiar in an unpredictable time, and we’re seeing them gravitate toward basic logos from our brand, as well as items with licensed artwork that have ties to their childhood,” said The Hundreds co-founder Bobby Kim.

In the face of current stresses tied to the unknown, consumer interests are shifting — and many are turning toward nostalgia for a sense of comfort, normalcy and familiarity. This makes sense, as studies have shown that nostalgia can help buffer feelings of existential threat.

In a recent survey of 500 American shoppers, only 49% said they felt confident in their current financial situation. McKinsey data shows that personal finances aren’t Americans’ only worries, either: Not knowing how long the situation will last (64%), the state of the US economy 623%), and public health (62%) are the top three concerns around coronavirus uncertainties.

Several other fashion and apparel brands have released nostalgic product lines, which they’ve recently launched or built upon.

In September 2019, Esprit launched the first iteration of its throwback capsule featuring neon colors, retro prints and oversized cuts of the 1980s. The second drop will hit Germany on May 8. There’s also Levi’s ongoing vintage collection, which first launched in January 2018, that recreates classic fits and silhouettes from the brand’s archives. Dockers’ retro collection that launched in late February 2020 at Urban Outfitters revisits pastel styles and designs from the 1990s.

Leaning into nostalgia is also a strategic sales move. Fila is a prime example: The brand saw 205% sales growth between 2016-2018 by riding the throwback wave.

The present moment is uniquely positioned for looking back rather than ahead. While it’s true that fashion has always been prone to circular trends that resurface over time, Ana Andjelic, a strategy executive with a PhD in sociology, said fashion companies should be especially mindful of the fact that consumers are currently seeking familiarity.

“This is not the time for a wild fashion innovation, as it may be perceived as threatening and scary,” she said. “This is a good time for riffing on looks and styles that are already accepted and beloved.”

Kate Nightingale, consumer psychologist and founder of U.K.-based consultancy Style Psychology, agreed with that sentiment, and said nostalgia can and should extend far beyond product, integrating into customer-facing communications, as well.

Whether it’s by posting #ThrowbackThursday content, retelling stories from the company’s early days or bringing back iconic styles from the archives, there are countless opportunities for apparel brands to capitalize on the desire for nostalgic product and content.

Brands are already doing this: Nike created a landing page dedicated to looking back at Air Jordan releases over the years, to coincide with the April 19 release of “The Last Dance,” a documentary miniseries on the career of Michael Jordan.

This also extends to social media: Gap is sharing customer throwback photos on Instagram. On March 30, Ecko Unltd shared an image from one of its 2001 events with a caption that read, “From the archives.”

“People naturally turn to nostalgia during difficult times, because memories can be reassuring and make us feel optimistic in the face of tragedy,” said Andrew Abeyta, researcher at Rutgers University.

What’s more, according to a study in the Journal of Consumer Research, shoppers are more likely to spend money when they’re feeling nostalgic.