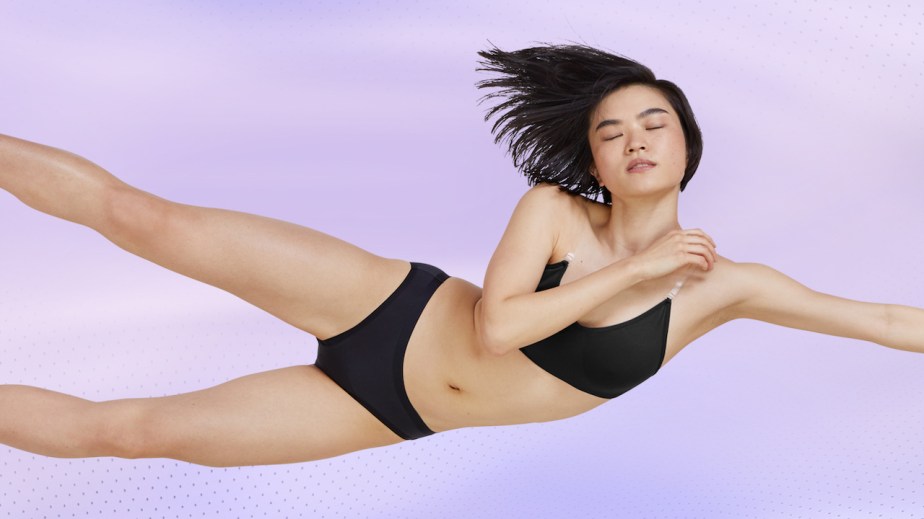 Period underwear company Thinx is getting into athlesuire, and it’s using influencers to help spread the word to new and existing customers.

On Wednesday, the direct-to-consumer brand launched a new product, Thinx Air, which is a quick-drying, lightweight version of its signature period-proof underwear. In 2017, the brand reportedly brought in $39.6 million in revenue, per Inc. The new product is made from sweat-wicking micromesh fabric and is said to dry twice as fast as the typical pair of Thinx. Hilary Fischer-Groban, director of brand for Thinx, said the idea for the product really came from listening to existing customers and figuring out what they wanted from the brand.

“We do read every comment and every insight that we get, and additionally, we are always having focus groups and research going out to our community, online and in-person. This idea really came out of a desire for better products for a variety of uses. Looking at the rise of athleisure and performance apparel, this was a fabric we really felt we should be able to own and innovate on,” said Fischer-Groban.

While the brand does currently have a variety of products in the activewear space — training shorts, leotards and unitards — Thinx Air is designed to reach more than just athletes, including women who travel frequently and are always on-the-go. Activewear is a growing market among millennial shoppers, set to reach $567 billion by 2024, and one that many brands are getting into. Foot Locker, for example, announced in March plans to invest $10 million in activewear brand Carbon38 to bring in more women shopping for activewear.

To promote the product, Thinx will continue to rely on some of its traditional outlets including Instagram, Facebook and Twitter, but it is shifting an undisclosed amount of its spend to promotion through influencers across various categories, including fashion, health and wellness. Prior to the launch, Thinx hosted 25 influencers for a slumber party event at The Line Hotel in Los Angeles. Influencers include style and fashion blogger Rossana Vanoni (135,000 Instagram followers).

The decision to host on the West Coast was deliberate on the brand’s part, as it’s a New York-based company that is constantly in contact with its New York customers. From December 2018 through February, the brand hosted a pop-up space in NYC where it sold a variety of products. Getting face time with influencers not based in New York to help them understand how the new fabric feels, looks and works is key to getting consumers interested in the line, said Siobhan Lonergan, chief brand officer at Thinx.

“It’s really important to have the consumer touch points, meeting our products face-to-face and touching them and really understanding what it is. It’s super important, because not only is this a behavioral change, but we want to layer on additional functional benefits as well. It’s really important to be able to have that conversation, and that’s why we’ve put a lot of focus on influencers for this launch,” said Lonergan.

Beginning today, influencers working with the brand will begin to promote the new product on their social media channels with a focus on Instagram. Typically, Thinx has worked with what it refers to as “Thinx Leaders,” which are brand ambassadors of sorts, specifically to educate consumers about Thinx products. While that will continue for the brand, with this latest line of products, Thinx will be working more with influencers, asking them to educate their followers about this specific product and how it works.

Despite a few missteps over its five years in business (mainly the highly publicized departure of its former CEO, Miki Agrawal, following allegations of sexual harassment), Thinx is forging ahead to tackle what many DTC brands must eventually tackle: how to sustain growth by either turning to physical retail or diversifying its product offerings, or both. In September 2018, the brand launched Thinx (Btwn), period underwear designed specifically for teens. In January, the DTC brand made its first big foray into traditional retail in the U.S. through a partnership with Nordstrom — although the products are also sold in several boutiques across the U.S., Canada, the U.K., Austria, Iceland, Ireland, Germany and Switzerland.

Initially, the new product will only be available on Thinx’s e-commerce platform. After a while, the brand will slowly start rolling it out to retail locations including Nordstrom.

“We’ve really set out to change the category.  We want to give people with periods the best solutions, and we want to offer them an alternative. That could be relative to their comfort or to what is more sustainable, or to what is more safe than putting different chemicals in your body,” said Lonergan.