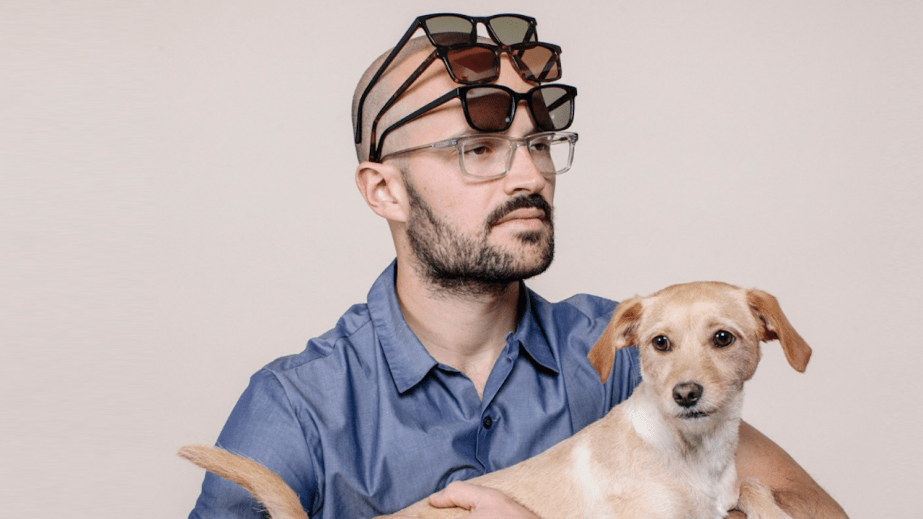 ‘They have one goal, take over the world’: How independent eyewear brands compete with EssilorLuxottica

In March, tensions between Essilor, the massive French lens manufacturer, and Luxottica, the equally massive Italian frame manufacturer, erupted over a dispute regarding the merging of the two companies that was established in 2017. Both sides publicly accused the other of trying to unfairly dominate the joint company in their ongoing search for a CEO. This week, a settlement was reached, deflating those tensions.

The merger has made EssilorLuxottica the undisputed titan of the eyewear industry. Both companies were already dominant forces in eyewear. Essilor controls nearly 45% of the lens market and Luxottica 25% of the frame market. Now that they are joined, the new company’s control of global eyewear has inched ever closer to monopoly. The company owns dozens of brands, like Oliver Peoples, Ray-Ban and Oakley, retailers like Sunglass Hut and LensCrafters, and vision insurance companies like EyeMed Vision Care.

EssilorLuxottica also has dozens of brand licenses, producing eyewear for the Armani, Versace, Burberry and Dolce & Gabbana, to name a few. The closest comparison to their dominance is a company like Coty, which has close to 80 brands in its portfolio of licensed perfumes.

Despite EssilorLuxottica’s stranglehold on the market, independent brands are continuing to pop up. According to Euromonitor — even with the massive success of Warby Parker, one of the biggest DTC disruptors in all of retail, let alone eyewear, with a valuation of close to $2 billion — the global eyewear market is expected to be at $136 billion by 2021, with only 2% of that total coming from DTC brands.

For independent New Orleans-based eyewear brand Krewe, the smaller scale allows for a more intimate relationship with customers than what can be achieved by Luxottica.

“We do a big event here every year in New Orleans called Krewe Fete, and we bring a lot of our global retailers through a program called Royalty. It’s a tiered program for our retailers, where the more Krewe they sell, the more we want them to be involved with the brand and see the brand and its home base,” said Stirling Barrett, founder and creative director of Krewe. “That’s something unique you can’t do at a trade show, no matter how big you are. There are areas where being small and nimble allows you to be more interesting. We’ve found that we can perform well when we’re offering great product with great design, tailored to our customer base and consumers in a way that is unique and more meaningful than what the juggernaut can do. Even with them on the throne, we’ve been able to find market share.”

Luxottica’s true advantage, in the opinion of optometrist Myles Zakheim, co-founder of eyewear brand Zak, is that it has so thoroughly saturated the market that it is basically the default option when a consumer is looking for glasses. With over 9,000 retail locations, including mainstays like Sunglass Hut, LensCrafters and Target Optical, someone who is not thinking too much about where they want to buy their glasses will almost certainly end up getting something from Luxottica.

“I’ve been doing business with Luxottica for 25 years,” Zakheim said, referring to his eye-care center, Optometrix, which carries Luxottica products in addition to offering eye exams and health services. “They have one goal in mind, which is to take over the world. They say, ‘If you want to come join us, we’ll be partners, but if not, we will eat you alive.’”

However, there is a growing contingent of customers that are actively rejecting Luxottica because of its aggressive coverage of the market, according to Kyly Zak Rabin, co-founder of eyewear brand and retailer Zak. Zak, which makes and sells, both online and offline, its own glasses and curated collections of eyewear from non-Luxottica brands. While most companies would probably rather play up their size and dominance, Luxottica has downplayed how dominant it is, aware that its control of global eyewear is frequently called monopolistic and could give them bad press.

“We have had people walk into our store and say, ‘I don’t want to see any Luxottica products,’” said Rabin. “For millennials especially, transparency is becoming super important. Consumers are making choices around what’s transparent and what’s sustainable. There’s a real level of care and concern that just wasn’t as prevalent before.”

But rather than go head-to-head with a company that has an immense amount of resources, some brands have chosen a different path: going where Luxottica is not.

“I don’t think I’m directly competing against Luxottica at all,” said Alex Baker, co-founder of newly launched DTC eyewear brand Féroce. “The goal for me was that I saw a void in the market, in between the $300-plus pair of glasses and the $50 to $100 pair that didn’t have the quality. I also think that because I am the owner and designer of the collection, there’s a much more personal aspect. Customers love to know that there’s a person behind the whole thing, as opposed to this giant conglomerate that is pumping out formulaic stuff. Because it’s all DTC, I can have a much closer relationship with my customers. There’s a lot of value in that.”