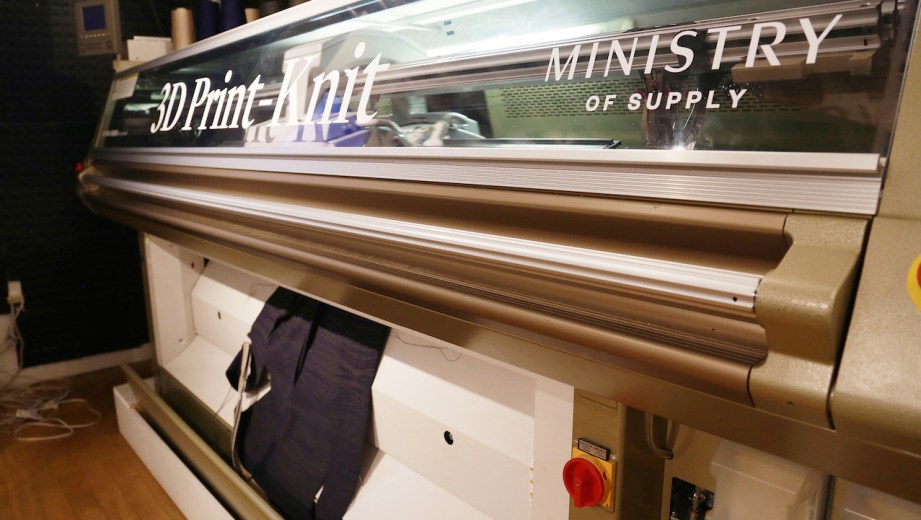 ‘The novelty wears off’: How Ministry of Supply makes experiential retail pay off

Brands are increasingly looking to flashy attractions to draw foot traffic in stores and also drive sales — but it’s not that easy, according to Ministry of Supply.

The 7-year-old direct-to-consumer brand revamped its in-store experience twice, before finally settling on the current, stripped-down setup, which is not far from that of a traditional retailer.

“Everything is changing, and at the same time, nothing is changing,” said Aman Advani, co-founder and CEO of Ministry of Supply, which specializes in work clothes with performance features.

With its first stores, Ministry of Supply tested the guide-shop model, with small, intimate stores that forced connections with the staff. “The P&L was awful; it was wildly unprofitable,” said Advani. “The assumption was: People are getting this great in-store experience, and then they’re going online to buy. But that’s really hard to track. And at the end of the day, the online channel wasn’t profitable either.”

In early 2017, the brand followed up with a second attempt at offering a unique experience, installing a costly 3D-printing machine in its Boston flagship store, with the intention of printing knit blazers for shoppers on the spot. Since, the machine has moved on from a customization station to more of a conversation starter. The experience offered is simply the chance to gain an understanding of the brand’s supply chain through store associates and visual cues.

“The No. 1 thing we invest in now is education and staff, over any kind of trinkets, gadgets, experiential anything,” said Advani. The in-store staff is trained on the company’s sustainable production methods, including 3D printing which produces zero waste. 3D print-knit pieces are displayed around the printing machine to complete the picture.

“At first, [the printer] was about getting people excited and making cool headlines, and waving a bunch of money,” said Advani. “But the machine’s old, it’s prone to accidents, it needs a technician nearby. Once you get past the honeymoon phase and the novelty wears off, it’s kind of like: What’s the lasting impact?”

The brand has come to think about its seven stores as both businesses and experiences, never one more than the other. The current focus is to ensure each store is profitable within its four walls, with its impact on online sales merely a bonus.

The move to e-commerce is typically blamed for the recent, widespread store closures, despite the fact that only 14 percent of purchases are currently made online. A Core Research report in mid-April showed that 6,000 U.S. stores had already closed in 2019, topping total closures in 2018.

“It’s not a retail apocalypse, it’s a commerce apocalypse; brands are falling off both online and offline,” said Advani. “The difference in what’s working and what’s not isn’t about physical retail versus digital; it’s about thoughtful and intentional versus transactional and quick.”

There’s a place for both, he said, but the former lets discerning customers form deeper connections with the brand — and for brands, the type of relationships that result are the Holy Grail.

Advani said Ministry of Supply signs three-year leases for its stores with the option to renew so that it can reevaluate the surroundings, with neighboring stores constantly rotating. It doesn’t advertise on the store level, but promotes the brand exclusively, with the hope that it will impact passersby’s desire to walk in. Digital advertising comprises 95 percent of the brand’s ad dollars.

In the name of providing an experience, brands are launching stores with coffee shops, embroidery stations and rotating artists in residence left and right. Many are losing their focus or barking up the wrong tree.

A new report by retail management platform ServiceChannel of 1,500 U.S. shoppers showed that 82 percent of millennials and Gen Z still make at least 50% of their purchases in stores. However, 70% reported having a negative experience in a physical store in the last six months, and 71% of high-income shoppers said they’ve walked out of a store because it had a poor appearance. Eight-six percent of respondents said they spend more time in “nice” stores.

“Adding experiential components for the sake of adding them is never going to compensate for a poor value proposition or a lack of good product, or a lack of something that resonates with the consumer,” said Jon Weber, head of global retail and consumer practices at L.E.K. Consulting. “Maybe, at best, it will drive a little bit of traffic, but if it doesn’t have adjacency or make sense in relation to the brand, people won’t stick around.”

Weber pointed to the many off-price retailers, like T.J. Maxx and Marshalls, which are “bare bones” in terms of any experience offered, yet thriving.

“They work because the product is good, the brands are great, the price is right and inventory is flowing through, so it’s a new store every few weeks,” he said. “But take the clothes out of there, and it’s a pretty ugly store. That goes to show that you don’t really need those other things. And stores that have gone bankrupt, like a Charlotte Russe — a bell or whistle or new technology wasn’t going to save them. What’s at the core is what matters.”

Kendra Scott — who launched her eponymous jewelry brand, now valued at $1 billion, in 2002 — has a long track record of opening successful stores. She started rolling them out in 2010 and will open the 100th location in Boston in August.

From the beginning, her stores also featured a Color Bar, where shoppers can mix and match settings and stones to create a customized jewelry style. Today, depending on time of year, the Color Bar styles account for 10% to 12% of the brand’s total sales. But, Scott said, expecting that experience to draw a crowd would be naive.

“If we just had the Color Bar — that was our only experience — that wouldn’t be enough to bring people in,” she said.

Each of the brand’s stores hosts 12 to 20 events per month, tailored to the local community by in-house events managers. Last year, the brand hosted a total of 10,000 events, ranging from headshot photo sessions to aura readings, with many including a charity partner.

“We don’t just sit back and look at real estate and hope that people will walk in our door,” said Scott. “We are creating reasons for people to shop. Activity breeds activity, and every day our team is hustling. If more brands understood that connection is more important than transaction, they would be having success in retail, too.”