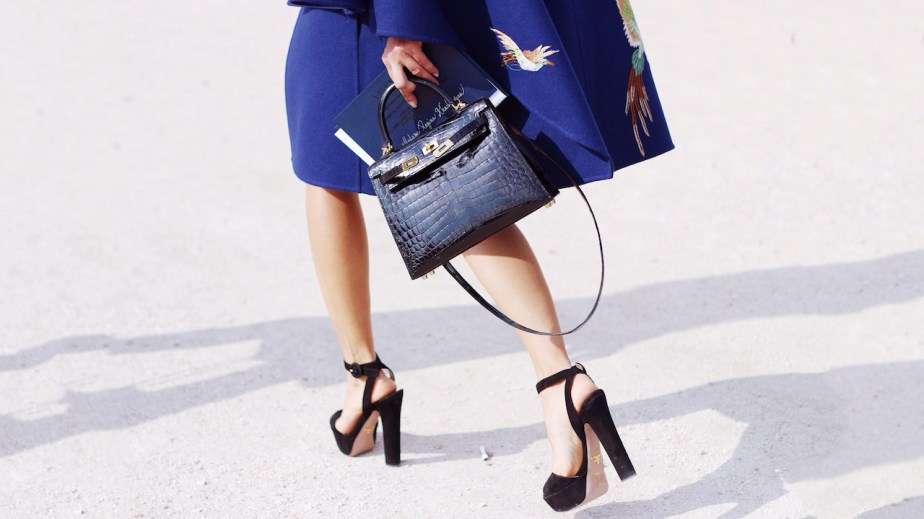 ‘The next evolution of fashion tech’: Luxury retailers are returning to chat commerce

Fashion retailers are weighing the role of conversational commerce in luxury shopping..

Last month, Walmart closed Jetblack, its shopping concierge service that catered to an affluent shopper and centered on text message-based communication. The announcement came amid widespread reports of chatbots’ resurgence, which begged the question of where Walmart went wrong. Since, luxury retailers have not shied away from chat commerce but have instead taken alternative approaches, particularly in terms of the service provided. The resounding message: Bots and chat still have legs in luxury.

The consensus is convenient, considering the recent, coronavirus-induced drop in retail foot traffic. E-commerce sales are up, many retail workers are quarantined at home and for those that have invested in digital-based customer service, it can work to pick up the slack. BuyWith, which facilitates live online shopping sessions starring influencers on brands’ websites, has seen a significant boost in demand from brands and retailers since the outbreak first emerged, said Adi Ronen, BuyWith’s co-founder and CEO. “Brands can host events without fear of gathering people in public places,” she said.

Likewise, retailers with chat capabilities in place are better positioned to ride out the current storm.

This week, in sync with its launch in the states, U.K.-based Threads Styling announced new hire Samina Virk as president of its U.S. business. Virk’s first order of business will be expanding local awareness of the luxury retail company, which lets users connect with personal shoppers through text or WhatsApp by swiping up on its Instagram Stories. The shoppers offer styling advice and facilitate orders.

Threads Styling launched in 2009 and has since expanded throughout Europe, as well as to Asia and the Middle East. It has wholesale-like partnerships with nearly 400 luxury brands, including Fendi and Dior, but holds no inventory. Instead, it features their styles in editorial-style videos and makes money on each sale (a fee is baked in at checkout), and brands ship sold merchandise to Threads Styling for distribution. Sixty to 70% of Threads Styling customers are under 35 years old, and they’re typically fashion fans, well-versed in current designers and collections. The average transaction is $3,500, and the return rate is less than 5%. Retention rate is high, with most first-time customers having gone on to make two to three purchases.

Virk has a long history of launching fashion companies in the U.S. market, including Vestiaire Collective and Asos. She was one of several key hires Threads Styling founder Sophie Hill has made since raising a $20 million Series A round led by C Ventures in 2018. Other hires included a new chief technology officer and subsequent technology team, and new employees in finance. The U.K. headquarters is now made up of 150 people, 50 of whom are personal shoppers.

Virk is currently building out the U.S. team, which is now eight people strong, with two or three more hires to come in the next few weeks. Most hires are U.S.-based personal shoppers, though Virk stressed that one of the key services they’ll offer is being able to source products that aren’t available for purchase through other U.S. stores or e-commerce sites. The shoppers come from various backgrounds, with some having worked for digital platforms and others coming from retail stores. All are trained at Threads Styling’s U.K. headquarters.

Video content, which is shot by an in-house marketing team, is shared across global markets and is meant to provide style inspiration. Brands are mixed to create unique outfits, and new-to-market styles are often featured front and center. Videos have shown influencers showing off purchases from Threads Styling in their closet, for example. And the content is regularly sponsored by brands by the likes of Moncler and La Perla. The company has been known to max out Instagram Stories, which allows for 100 Stories posts a day. In addition to Instagram, customers can view the content and connect with a shopper through Snapchat and WeChat.

“The goal is: Let’s inspire people where they already are,” said Virk.

Upon swiping up, a message auto-populates from the customer to the personal shopper, based on the story that’s swiped. From there, communication is one-on-one, most often through text in the U.S. Personal shoppers can take requests and locate products not featured in Threads Styling content and can also pull from an archive of the company’s videos to showcase a product a customer is considering.

Virk said breaking into the U.S. market has thus far proven somewhat challenging, though the company has only relied on Instagram ads so far. “People are a little thrown off by the process,” she said. “They want to check if we’re chatbots. They always ask.”

As for whether Threads is offering luxury service, as well as product, Virk said personal shoppers have found rare vintage pieces for shoppers and have even gone so far as to set up a home trunk show for a customer, with designer Jessica McClintock. For another customer, the company facilitated a custom wedding gown by Elie Saab.

Where Jetblack likely misfired, according to Virk, is offering such a range of products, down to toilet paper. “We are very much the same, as it is text-to-shop. But I’ve worked for Target, so I know the range of margins when you’re selling everything from consumer goods to fashion,” she said. “My guess is there were logistics challenges and margin challenges, not to mention the obstacles that always come with being part of a big corporate [like Walmart].”

“Everything is moving social-first, mobile-first,” she said. “We’ve got the infrastructure to support that. Chat commerce is the next evolution of fashion tech.” She added that Instagram Shopping is not a threat to the business, as individual brand accounts can’t offer the same discovery opportunities and inspiration as Threads’ multibrand content.

Virk said the company would never rule out chatbots. Currently Threads Styling is a blend of people and automation. For example, personal shoppers use visual search chatbots to locate requested products. It’s very likely to continue that way, as, “In the luxury segment, customers prefer the back and forth with people,” she said.

Also showing traction in the space was brand agency ForwardPMX’s acquisition earlier this month of voice and chat platform Headliner Labs, which built on an existing relationship. Headliner Labs’ co-founders, CEO Caroline Klatt and COO Dana Gibber, joined ForwardPMX as the company’s co-chief innovation officers, with a goal of prepping its clients for growth in a world where voice technology is the norm. Headliners Labs’ luxury clients include Saks Fifth Avenue and Cole Haan.

“Chatbots hit the scene hard,” said Klatt. “And then brands and retailers were trying to figure out what to do with them. But that painful testing phase has passed. Now, we’ve reached this stable place, where technologists, retailers and brands have come to learn the opportunity and value of voice. Chatbots never really went away, but they are back in style.”

She said a main reason customers are warming up to using chatbots is that they facilitate convenience. For example, shoppers can get a question answered by a bot anytime, rather than wait for a customer service rep to answer during business hours.

And luxury consumers have come to expect them, said Gibber.

“Luxury shoppers expect a premium buying experience that’s commensurate with a considered expensive purchase,” said Gibber. “The regular methods of e-commerce won’t cut it for that kind of shopper; it needs to be supplemented with a level of personalization and customization that chatbots provide.”

In Headliner Labs’ experience, virtual sales associates have increased order value and customers’ lifetime value, and have worked to acquire new customers — the later of which is typically clients’ objective. What’s more, they provide brands and retailers with rich first-party data, which customers often voluntarily serve up in order to get personalized product recommendations.

“In the future, every single company in every single vertical is going to have a virtual sales associate or chatbot,” said Klatt. “How and what these look like will only continue to evolve. We’re going to move away from typing — it’s going to be all speech soon enough — and computers will basically be your sales people.”

By 2022, voice shopping is projected to be responsible for $40 billion in annual transactions, according to data from OC&C Strategy Consultants.