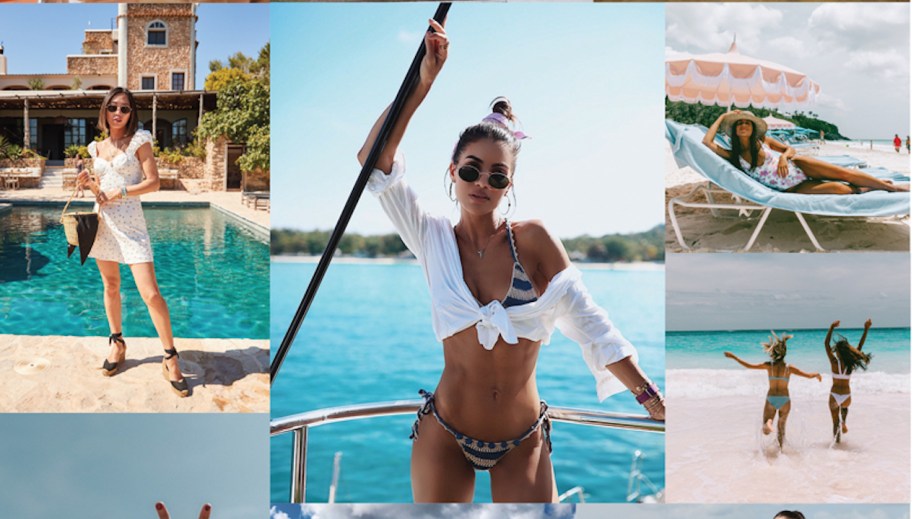 The keys to Revolve’s $1.2 billion valuation: influencer marketing and innovation

On Tuesday, Revolve set terms for its initial public offering, which the brand originally announced in October. The online retailer aims to raise $200 million, offering 11.8 million shares with prices set between $16 and $18. Revolve will trade under the ticker symbol “RVLV” and is set to be valued at $1.2 billion.

Since launching in 2003, Revolve has become wildly popular with Gen-Z and millennial shoppers — a demographic the brand will continue to focus on as part of its ongoing growth strategy. Revolve said in its filing that it believes it has only reached about 3% of all women between the ages of 18 and 44 in the U.S., and will zero in on new ways to acquire new customers and retain existing ones. Revolve said in its filing that it had 9.4 million unique visitors to its website per month in 2018, with an average order value of $279 and roughly 79% of sales delivered at full price.

A main reason why analysts said Revolve has connected with younger shoppers is the brand’s extensive influencer marketing strategy. Revolve currently works with over 3,500 influencers and brand partners with various follower counts, (from someone like Camila Coelho who has 7.9 million Instagram followers to micro influencers with less than 100,000 followers), and Revolve chief brand officer Raissa Gerona recently told Glossy that 70% of the brand’s sales are driven by influencers.

“Revolve probably has the most cost effective influencer marketing strategy that currently exists,” said Jonathan Chanti, svp at influencer marketing firm InfluencerDB. “They don’t pay influencers to post, but instead, they create experiences and find opportunities for them to create content.” The brand hosts an annual invite-only Revolve Festival tied to Coachella and doesn’t pay influencers to post. This past April, Revolve dressed over 750 influencers and gained 130,000 Instagram followers from that event alone. Revolve also brought in over $2.5 million in sponsorship dollars from its Coachella event.

“Ultimately, Revolve has made itself the cool Instagram girl as a brand, and they built that clout with the influencer community and the consumer. Influencers all want to go on their trips and consumers all want to watch their trip, and it’s been really interesting to see them evolve each trip over time ,” said Bea Iturregui, vp of brand partnerships at marketing agencies Laundry Service and Cycle.

For now, the brand said it will continue to invest heavily in influencer marketing, as long as it continues to see success there.

“I do think about influencer fatigue often, because I have to. But I still feel like we’re in the early stages, even though it’s been such a hot buzzword for the last couple of years. We want to build a deeper relationship with them — which can include creating a product together — to continue to create and grow each other’s brand,” said Gerona, on a recent Glossy Podcast.

The growth is coming in a number of ways, including exclusive lines with influencers — something retailers including Nordstrom and Kohl’s are also focused on, with names like Arielle Charnas (1.2 million Instagram followers) and Lauren Conrad (6.1 million followers), respectively. On May 13, Revolve launched an exclusive, 50-piece collection with Aimee Song of Song of Style (5.2 million followers). While those types of partnerships are still new for the brand, it marks another potential growth area.

“Revolve will need to continue down the path of innovation through marketing and explore opportunities untapped by its competitors. With such a reliance on other brands currently stocked on its website, the e-tailer could also look to offer private-label products — a similar approach taken by competitor Asos. International expansion is something else Revolve will likely have an eye on, post-IPO filing,” said Krista Corrigan, retail analyst for retail technology firm Edited. Currently Revolve has 21 owned brands, including Lovers + Friends. They’re typically developed by the Revolve team using customer data on past purchases, and styles and brands that over-perform help develop new lines.

While the brand is setting itself up for a successful future, managing growth is a big concern for Revolve. In 2018 Revolve reported $498.7 million in net sales, up from $399.6 million in 2017. Headcount for the company increased from 742 at the end of 2017 to 983 at the end of 2018. “To support continued growth, we must effectively integrate, develop and motivate a large number of new employees, while maintaining our corporate culture,” the brand said in its filing.