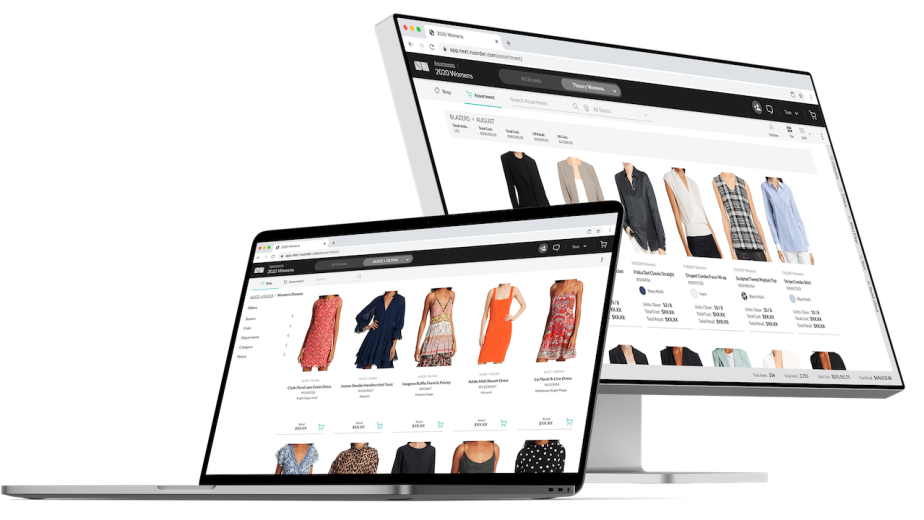 ‘The end of fashion as we knew it’: The new state of the seasonal trade show

Current coronavirus roadblocks may prove the kick-in-the-pants the fashion industry needed to flee its outdated traditions.

Cancellation announcements of entire fashion weeks and industry trade shows rolled out one after another last week, hitting Paris Fashion Week Men’s, New York Fashion Week Men’s, Resort 2021 and Project, among others. But even prior to those cancellations, brands and retailers had already begun seeking out alternative platforms for presenting collections and making buys, respectively. Ensuring the second half of the year is better than the first means having clothes ready to sell, when the time comes.

Kristin Savilia, CEO of digital wholesale marketplace Joor, said that during the fall fashion weeks in Milan and Paris (which took place from mid-February to early March), the platform hosted 250% more sales volume than expected, based on past seasons. Joor transacts over $1 billion a month, according to the company. Many regulars had opted out of attending the shows, due to local coronavirus cases.

Along with more business coming in from brands and retailers — Joor’s 200,000 global retail clients include Neiman Marcus, Shopbop and Harrods — Savilia said she saw a spike in inbound interest from the organizers of trade shows. Over the last three weeks, Joor.com has seen a record number of weekly demo requests, with the number increasing each week.

“Every key trade show in Europe and North America has approached me in the past two weeks,” she said. “There’s definitely a buzz in the trade show industry that: ‘We have to digitize.’ It gives me hope for the [fashion] industry. We can’t just freeze, cancel our work and do layoffs, and wait for things to bounce back. Or they won’t.”

“There’s a constant stream [of business] right now,” said Heath Wells, co-founder and co-CEO of NuOrder. “It’s all: ‘I’m a brand from Australia, or I’m a brand from Europe. I can’t travel, there are no shows, no face-to-face appointments. I need to digitize my product catalog and enable a salesforce that’s now stuck on a couch.’ And at the same time, retailers will have to buy something in spring 2020.”

But what they’ll buy is up-in-the-air. Normally, brands would be developing resort 2021 collections right now, in preparation for June markets and presentations. But many have halted production altogether, due to closed manufacturing facilities, but also uncertainty around the need. All of the major department stores have stopped accepting deliveries, indefinitely, adding to brands’ risk of being left with a bunch of sitting resort merch, in the same way they’re already stuck with spring. Sales channels are down, demand for sunny-day clothing is down. For many, jumping over resort in favor of getting started on fall reads as a smart move.

Hillary France, owner of Brand Assembly, which counts trade shows as one of the three main services it offers small fashion brands, had a resort show scheduled for June in L.A. Though it hasn’t been formally canceled, it’s not happening, she said. Brand Assembly reduced its staff this week across departments.

“At this point, I don’t know what a June market would look like,” said France. “Factories in India are closed for at least another three weeks, so who knows if a resort show would even be possible. It’s hard to say what season will be showing and when.”

France predicted there will be a season removed from the calendar this year, which also means a season of revenue will be removed. But on the bright side, she said, it could rectify what everyone knows is “a messed-up fashion schedule.”

“Maybe we’ll push back summer orders to deliver in June, July and August, rather than April and May. And fall will be shipped in September and October,” she said. “If we’re shipping products in the month when people need them, it would help repair this set cadence of markdowns.”

France said, until now, she’s been hesitant to launch a digital version of the trade show, as the “human component” would be eliminated. However, within the past week, France delved into new digital territory, launching a community Slack channel to offer its partner brands resources on how to navigate the impact of the coronavirus outbreak. Eighty brand executives have signed up and engagement is high, she said.

Online substitutes for the physical trade show have provided increasing competition to the original format: Early last month, Joor entered a partnership with Ordre, creator of Orb360 technology, facilitating 360-degree views of styles featured on its platform. In addition Joor offers brands “virtual showrooms,” allowing them to customize the assortments and price points for each of their retail partners. NuOrder even has an Online Trade Show feature, allowing retailers to search by physical trade show — like Coterie for example — to see the brands they typically host and then, shop their collections. On both platforms, retailers can sort by season, brand or price, rather than bounce between booths and markets.

And that’s not to mention that trade shows are time-consuming, costly investments requiring travel, which will likely be slow to pick up in the aftermath of the coronavirus outbreak.

Even so, everyone interviewed for this story said the physical trade show model will remain intact in the long term, largely because it doubles as a relationship-building platform for retail workers. The “new norm” to emerge will be fewer trade shows, they said, as companies cut costs and reprioritize. They’ll be supported by the digital tools that brands and retailers were temporarily forced to use.

Nobody will be willing to go back to juggling line sheets and manually writing orders, said Yul Kwon, CEO of fashion retail marketplace Oonana. “I see digital supporting the B2B brick-and-mortar,” he said.

Even before Covid-19, brands had begun to be more choosy about their participation in trade shows, both due to the lack of ROI and the importance on direct-to-consumer sales.

Eric Ruyak, founder and creative director of Hespera Jewelry, which does $5 million in annual sales, said he’s been minimizing his brand’s presence at trade shows since 2008. It used to be that brands could do up to $3 million in sales in one trade show, he said. Now, a brand barely breaks even. Trade shows have now become more about marketing and meeting all partner retailers in one swoop, rather than gaining new customers.

Kayak sells through retailers including Anthropologie, Nordstrom and Soft Surroundings, but while those sales channels had struggled, since the beginning of March, his direct online sales have quadrupled. He owed it to the community he’s built through social media, particularly Facebook Live.

“Department stores haven’t figured out how to be the gatekeeper of fashion in this new digital world,” he said. “The old authorities and rules are really hurting right now; it’s like the end of fashion as we knew it.”