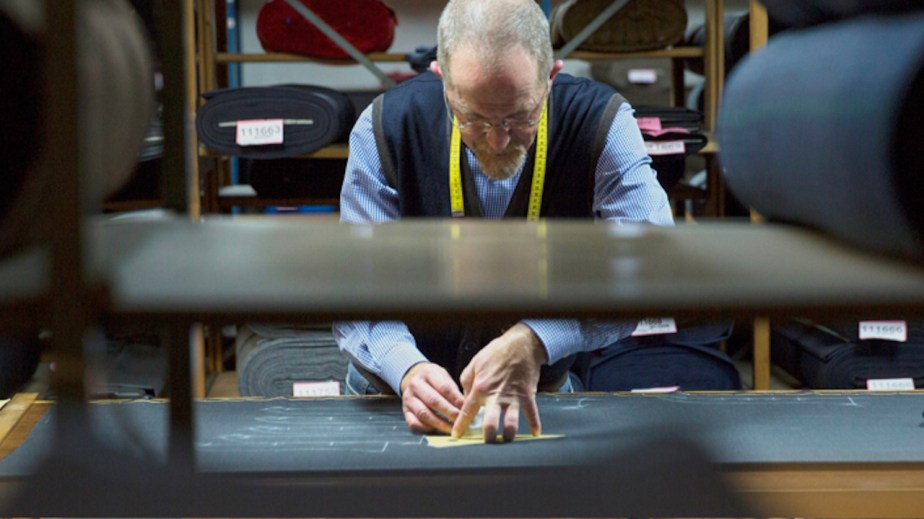 Colin Hunter, co-founder of bespoke menswear brand Alton Lane, has spent over a year planning the brand’s launch into denim, a new category for the brand that could surface sometime this year — if the product is satisfactory.

Alton Lane could have cut that planning time in half. Instead, Hunter chose to spend the extra time traveling to Italy and Japan, meeting with denim experts, narrowing down options and developing a high-quality style. This approach, Hunter said, is contrary to what many digitally native, venture-capital-backed fashion startups have done over the last 10 years. Customer acquisition and marketing often take priority over the product itself.

While that approach may have worked 10 years ago, it’s not so easy anymore. Cost-per-acquisition on social media is much higher than it used to be, meaning that the Warby Parker approach to aggressive expansion is more expensive, eating up the budget that could otherwise go toward product development.

“A lot of brands out there spend so much on customer acquisition. They’ll grow at first, but then they hit a plateau,” Hunter said, noting that Alton Lane invested in buying its own suit pattern rather than licensing an existing one from a manufacturer, a common tactic among suit brands. “They don’t have the technology or the product or the supply chain to support that growth. We’ve invested 90% of what we’ve raised [around $11 million] into our technology and our own pattern.”

According to Aaron Luo, CEO of accessories brand Caraa, much of that comes down to the fact that those brands neglected their product.

“We’re in a very different age now,” Luo said. “Consumers today can tell when a product that sucks is being presented really nicely. It doesn’t matter how slick you sell it: If you don’t have a good product, the lifetime value of your customers will suffer. They won’t come back. We experimented with it once as a test, making a cheaper product with a little bit lower-quality material, just to see how the customer responded to it. They called us out immediately, and we stopped that test.”

The best-case scenario, Luo said, is that the customer just returns a product that doesn’t match up to the advertising. The worst case is they never shop that brand again and warn others away, too. Luo did not disclose specific revenue figures for the brand, but more than 50% of the investment it gets from angel investors goes into product development rather than digital ads, which currently account for 30% of Caraa’s conversions.

Since the costs of advertising on Facebook and Instagram have risen, some DTC brands have pivoted to other channels to acquire customers. TV has become a popular choice, with underwear brand ThirdLove spending more than $13 million on TV advertising in 2018. But costs are high there, too. Function of Beauty’s chief revenue officer, Luke Weston, told Digiday he’d like to move the company away from advertising on Facebook and focus more on TV, but the $10 million buy-in the company would have to make to be competitive there might not be worth it.

But Luo said that line of thinking isn’t the best approach. For the first two years of Caraa’s existence, the brand did not do any social media advertising. Instead, it relied on generating organic marketing through word-of-mouth, which Luo said was slow and hard to track at first but cheap and effective in the long term.

“If you spend more than 40% of your base costs on customer acquisition, you’re hooked on a drug that will take you down a slippery slope,” he said. “More than 25% of our base costs go into R&D. Most of that is in yarn, the nylon material we use for our bags, and working with various tanneries to develop and test alternate leather options. Our company is defined by the product, so that’s where the money has to go.”

Ideally, marketing and product shouldn’t clash. Brands should be able to find a way to make the two work together. According to Nate Checketts, co-founder of Rhone, this is the idea behind the company’s wear-testing program, which sees every product go through several rounds of internal assessments and feedback from various teams at Rhone.

“When we put out products that we’ve tested internally, it changes the way the marketing team think about selling them, too,” Checketts said. “The product and the marketing are linked. If the team knows the product, they can sell it better, and it all works together.”

Ultimately, growth-hungry DTC brands starting today face a much higher barrier to entry for customer acquisition on social media, requiring ever-higher marketing budgets which will inevitably eat into the money that could be spent on developing the product. Getting around this problem requires a level of patience and and long-term vision that many VCs do not afford to young brands today, according to Luo.

“The downside of authenticity is time,” he said. “It’s obviously better to have a superior product, but it’s slow. Word-of-mouth is a great organic way to advertise, but it takes a long time to build up. That’s a problem for VC-backed brands. They tell you, don’t worry about audience, but they’re expecting returns by a certain date. If you have to deliver, you really have no choice.”