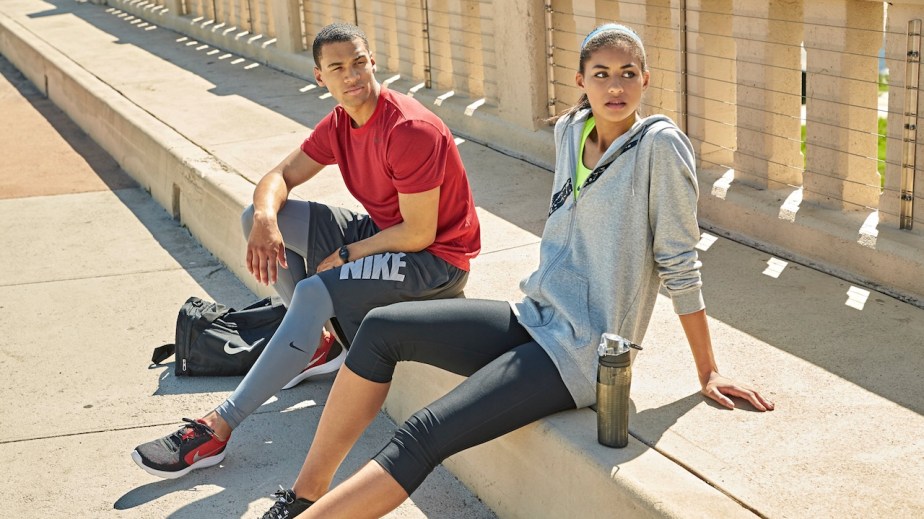 ‘Teens have moved on’: The death of the high school mall brand

Ten years ago, the halls of American high schools were filled with kids wearing distressed jeans and logo-heavy T-shirts from brands like Hollister, PacSun and Aeropostale. But times have changed, and many of those brands, which were typically found in shopping malls, have struggled to remain relevant or have completely folded altogether.

Abercrombie & Fitch has seen diminished earnings over the last 10 years. The company’s net income in fiscal year 2008 was $476 million compared to $7 million in fiscal year 2017, although it has seen some turnaround in the past five quarters. PacSun has filed for bankruptcy three times and has severely reduced the number of stores it operates from more than 1,300 at its peak to fewer than 600 now. Part of the reason brands like Abercrombie & Fitch or Aeropostale have struggled is because their audience largely aged out of shopping them, and the generation that followed was much less interested in shopping at malls, instead favoring shopping online or through social media.

“Many customers who used to shop at Aeropostale, AEO and PacSun as teens have moved on to an older age bracket and associate those brands as a part of their childhood,” said Katherine Bailey, retail analyst at retail platform Edited.

What teens wear today
According to Piper Jaffray’s annual Taking Stock With Teens survey, which the company has been doing for years, there has been a marked change in what brands are the most popular among teens. In the 2000s, preppy mall brands like Hollister, Abercrombie & Fitch, Vineyard Vines and Sperry’s were all among the highest-ranked brands among teenagers. Now, many of those brands have dropped significantly down the list. In their place are brands from two categories: fast fashion and streetwear.

Topping the 2018 list of top brands among teens are Nike, Adidas, Supreme, Vans, Forever 21 and H&M.

Edited found that many of formerly high-flying mall brands have resorted to discounting their products heavily to get them off the shelves. Ninety-three percent of products at Aeropostale are discounted, many of them by up to 94 percent. More than half of American Eagle’s inventory is discounted.

Shopping malls have seen a major decline in recent years, and the mid-tier shopping mall was once fertile ground for the proliferation of these brands. (PacSun opened more than 1,000 stores in suburban shopping malls.) These malls have completely fallen out of favor, and premium high-end malls carrying a different type of brand have stepped in. A 2017 report from Fung Global found that malls like those by Simon, which carry upscale brands including Gucci and Valentino, make up only 20 percent of the thousands of shopping malls in the U.S. yet account for nearly 72 percent of all shopping mall sales.

It’s not news that e-commerce has had a game-changing effect on retail and how people shop, and for brands that invested so much in brick-and-mortar stores, the rapid move away from shopping malls to Instagram for inspiration and online-only brands for shopping was devastating.

“Previous teen brands have had a hard time building a new community, compared to newer fast-fashion brands that have a strong social media presence,” said Krista Corrigan, another retail analyst at Edited. “In the past, brands only had to worry about coming up with a product, but now developing a brand image and sense of community plays a more pivotal part in the success of that brand. Creating a loyal following after the roll-out of products can be difficult and seem forced.”

Additionally, trends in fashion outside of the targeted high school or teenager range have shifted. Mainstream fashion is increasingly looking toward youth culture for inspiration across age groups. There are no longer brands catering exclusively to a young audience. Now, every brand is competing for consumers’ dollars, young and old.

Teen brands on the decline
A major point of comparison for these high school brands is H&M. As PacSun and Abercrombie & Fitch were beginning to fall out of favor around 2010, H&M rose to prominence. Unlike its contemporaries, which have suffered repeated losses (and in PacSun’s case, multiple bankruptcies), H&M has managed to stay afloat.

“H&M has done a good job of staying relevant by offering apparel to target a wide range of demographics and hitting price points accessible for teens and adults alike,” Bailey said. “For example, looking at blue skinny jeans for women currently in stock, H&M shows a more affordable full price for a pair at $28.23, compared to $47.45 at American Eagle and $55.17 at Aeropostale. The shopper is looking for trend-driven items with a low investment, and H&M has stepped up to fill the void.”

This more affordable price point has made brands like Forever 21, Asos and others in the fast-fashion space the preferred brands of teens today. When those teens do spend extra money on premium clothing, it is usually on expensive sneakers or clothes from iconic streetwear brands like Supreme or collaborations from Nike and Adidas.

All is not completely lost for these brands, however. American Eagle’s Aerie line of body positive women’s underwear has been a bright spot in the company’s bottom line, making the brand one of the most relevant brands among 2000s mall brands. PacSun, despite filing for bankruptcy three times, still enjoys some mild popularity, with a 5 percent sales growth since merging with Eddie Bauer in 2017, and has worked to update its social strategy to include influencers. Abercrombie & Fitch has focused heavily on digital, with an anticipated $1 billion in digital sales across all its brands in 2018. But ultimately many of these brands lack the online capabilities and Instagram presence that high school consumers desire, leaving them vulnerable in comparison to brands that are much more social media-savvy.

In Corrigan’s view, teen consumers today are much more focused on individuality and buying from brands that can appeal to some sort of core values. Brands that have strong social media presences and have been able to articulate an authentic personality are far more likely to succeed among this generation of kids.

“Online shopping has left its mark, and conformity is a thing of the past when it comes to the teen mass market,” Corrigan said. “Today, this consumer is more educated than ever before and is exposed to new trends and brands on a daily basis. The rise of social media, coupled with the impact of Influencer marketing, has given power back to smaller, up-and-coming brands, regardless of brick-and-mortar presence. These labels tend to be more fast-fashion with a high focus on Instagram, a medium that resonates with this consumer.”

This story has been updated with additional information on Abercrombie & Fitch’s digital sales.