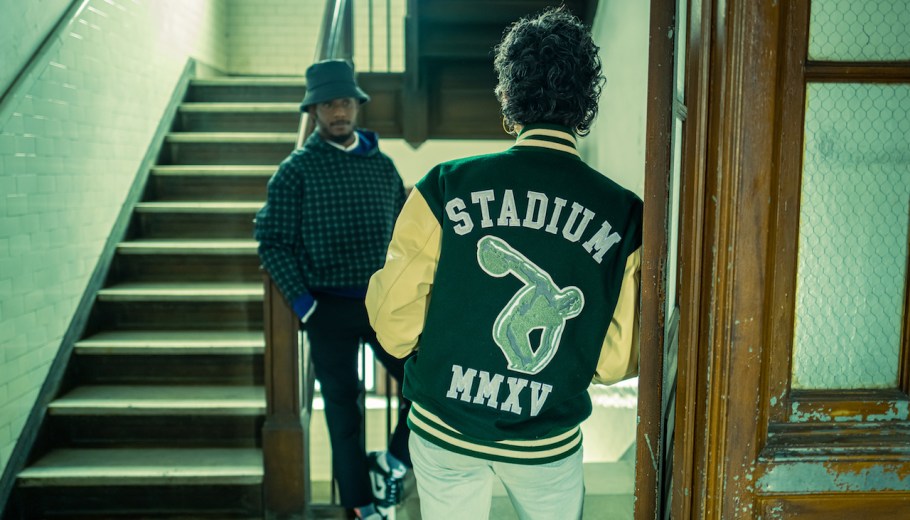 On Tuesday, sneaker reseller Stadium Goods became the first major streetwear resale platform to fully launch its own private label when it debuted its brand, Stadium, with an 11-piece collection including jackets, pants and sweaters.

Greig Bennett, vp of brand creative and head designer of Stadium, who had previously co-founded NY streetwear brand Orchard Street, said Stadium is a big evolution of the brand’s owned offerings, which until now have consisted mostly of small collections of branded styles like socks and T-shirts. They’d never accounted for a major part of the business, he said, though declined to offer specific sales numbers.

Stadium Goods is the first streetwear resale platform to launch its own label. That’s despite that competitor platforms StockX and GOAT also have name recognition, large followings and communities of streetwear enthusiasts built around them. Both StockX and Goat have 3.6 million followers on Instagram while Stadium Goods has 2.8 million followers. Goat is valued at $1.7 billion and StockX at $2.8 billion, as of the end of 2020. Farfetch doesn’t break out Stadium Goods’ revenue in its earnings reports, but the company acquired Stadium Goods for $250 million three years ago.

If Stadium Goods’ play is a success, it could serve as an example of how resale platforms can leverage their captive audiences.

Bennett said he considers Stadium a qualitatively different project than the company’s merch. The latter was intended to fill out an outfit, while Stadium is more focused on statement pieces that an outfit can be built around, like a leather varsity jacket. He also said that the company invested more heavily in the first collection of Stadium than it had in previous collections before. The collection’s styles range in price from $85-$400.

“We have access to a luxury customer,” Bennett said. “We wanted to make something that would supplement, rather than compete with, what we already had. This isn’t to replace the Jordans you buy from us, but [rather] something that can work really well with those Jordans after you’ve bought them. My hope is that this will be a big part of the business, that it can stand on its own and not require any familiarity with Stadium Goods for someone to buy from Stadium.”

The collection is sold through all of Stadium Goods’ typical channels, including its online store and its four physical stores, and through parent company Farfetch. Stadium Goods has started seeding Stadium product to streetwear influencers, and Bennett said the company will be leaning on press placements and influencers as the collections primary marketing strategy.

The collection doesn’t feature any sneakers and is aimed at an audience broader than Stadium Goods’ existing customers, including shoppers on Farfetch.

It’s worth noting that resale platform ThredUp launched a private label line called Remade in 2018 though it remains a small portion of the business. StockX hasn’t signaled interest in starting a private label. Instead, it’s found growth opportunities in new categories like electronics and collectibles. Goat, meanwhile, is focused on international expansion, according to a statement from the company after a $100 million funding round in September.

With streetwear resale growing and StockX recently hitting $400 million in annual revenue, Stadium Goods needs what advantages it can get to keep up with its rivals.

“Launching a private brand is a smart move for a platform such as Stadium Goods,” said Andy Ruben, founder and CEO of resale technology company Trove. “It was a smart move for ThredUp, too. It provides a reason for customers to choose that platform in what is an increasingly crowded landscape of options. The hard part isn’t launching a private brand, though. It’s making it successful over time.”