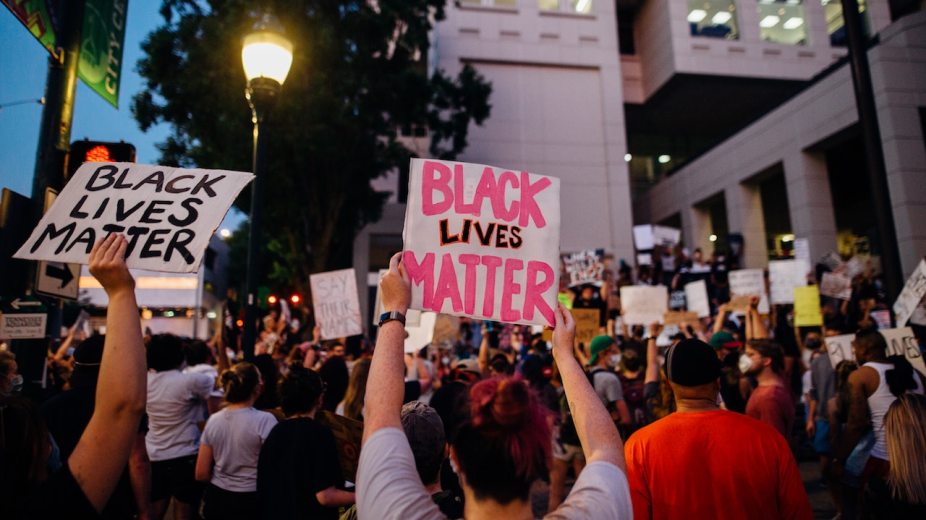 ‘It has to be ongoing’: Brands’ social support for racial justice has tapered off

Last summer, when protests broke out in response to the killings of Black Americans including George Floyd and Breonna Taylor, fashion brands responded by posting statements, donating to causes and sharing their platforms. But until Black History Month, many let their vocal support of equality and racial justice dwindle, begging questions around the authenticity of their efforts and the progress the industry has truly made.

One of the more notable attempts at lending a platform was a campaign called #ShareTheMicNow, spearheaded by Alice + Olivia founder Stacey Bendet and Endeavor chief marketing officer Bozoma Saint John, among others. It drove 46 prominent white women, including Diane von Furstenburg and Gwyneth Paltrow, to give control of their Instagram account to a Black woman for 48 hours.

The campaign, which was planned to run through June and July, was one of many efforts by fashion brands to lend their platforms to Black voices when public concern about racial injustice was high. After the campaign ended, the founders encouraged people and brands, through calls to action on their own Instagram accounts, to keep the concept alive using the hashtag #KeepSharingTheMic. But the hashtag fell off by early fall. According to hashtag tracking data from Tribe Dynamics, fashion brands largely stopped talking about racial injustice for the rest of the year. Only now have some of those ideas started to work their way back into brand marketing just in time for Black History Month.

Tribe Dynamics data showed that, among the top-50 fashion brands, based on their earned media value (EMV) in the last 12 months, #BlackLivesMatter had an EMV of more than $3 million in June. That dropped to $380,000 in July, then to $77,000 by October, all the way down to $21,000 by December (although some brands posted less over the holidays, skewing Decembers numbers). #BLM followed a similar trend, from a high of $1.2 million in June to a low of $20,000 in December. EMV approximates how often the hashtag is used and seen.

#ShareTheMicNow had an EMV of $82,000 in June and $30,000 in July, before essentially disappearing — no EMV has been earned by the top 50 fashion brands since. #KeepSharingTheMic, the follow-up hashtag, saw only $819 in EMV in June with none in the months after. The official Instagram account for #ShareTheMicNow hasn’t posted since June 2020 and none of the founders responded to requests for comment on this story.

According to Kat Borve, CEO of 5–year-old lingerie brand BrassyBra, brands risk appearing opportunistic or superficial, if their initiatives to combat racial injustice aren’t ongoing. BrassyBra has an ongoing relationship with the Thurgood Marshall College Fund, which provides college scholarships to Black students. It’s donated 5% of its monthly profits to the fund for the last three years, adding up to tens of thousands of dollars, said Borve, though she declined to specify the amount. The brand recently added the George Floyd Memorial Foundation to its list of donation recipients. It will also be an ongoing relationship, not restricted to Black History Month.

“The Thurgood Marshall Fund has been one of our main charitable recipients for years, because education is so important,” Borve said. “But we don’t want to just do it when it’s in the news. It has to be an ongoing, purposeful thing.”

Meanwhile, some fashion brands have kept the spirit of #ShareTheMicNow alive with efforts that lend their platform to Black artists and designers. Levi’s, for example, launched a series of short films focusing on Black voices that began rolling out last week. It was co-created and hosted by film director Oge Egbuonu, and features tennis player Naomi Osaka and artists Willow Smith and Jaden Smith, among others. The brand is also releasing a small collaboration with Black political activist Fresco Steez.

Levi’s brand president Jennifer Sey said the brand wants to make sure this campaign isn’t something that gets forgotten once February ends.

“The campaign was released to coincide with Black History Month,” she said, “but each month we will be rolling out new films through June 2021. It’s easy to say ‘be authentic’ or ‘stand up for what you believe in,’ but it isn’t actually easy to do. Our hope is to inspire others to undertake this journey.”

Those films will focus on racial equality as well as climate activism and Women’s History Month, in March. Sey said the brand hasn’t forgotten about its other commitments made last summer, like its plan to improve diversity in its leadership team. She pointed to newly hired Elizabeth Morrison, as chief diversity, inclusion and belonging officer, and Elliott Rodgers, as a board member, as evidence that those commitments are being upheld.

But on that front, too, fashion still has work to do, in terms of making diversity, equity and inclusion priorities. A report from the CFDA and PVH, released on Monday, shows that only 17% of executive roles and 15% of board seats at fashion companies are filled by BIPOC individuals.