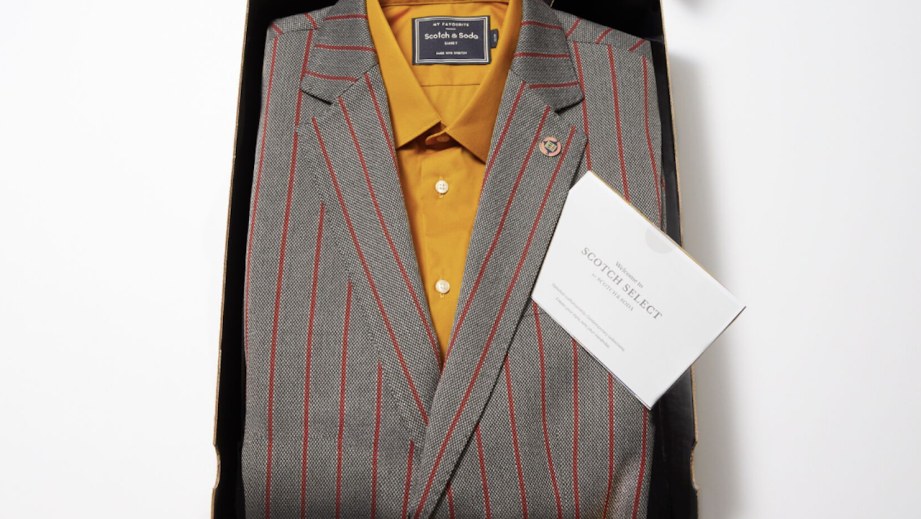 Scotch & Soda embraces the rental model as a loyalty play

The popularity of the fashion rental model — as is evident by the billion-dollar success of Rent the Runway — is undeniable. And as a number of new players are joining the subscription rental world, they’re realizing its underlying perks. For one, these rental programs are acting like loyalty programs.

Dutch fashion brand Scotch & Soda is banking on just that with Wednesday’s launch of Scotch Select, its men’s-only subscription rental model. Customers pay a $100 monthly fee to receive up to three items at a time, exchanging them whenever they want and in whatever configuration they want (i.e., keep one piece, switch out two). For the initial launch, CEO Ari Hoffman said the company is focusing on its existing customers and using the rental model as a way to tie them more closely to the brand.

“The best way to make people aware of this launch is through our stores,” Hoffman said. “We are going to be pushing this mostly to our existing audience and reaching out directly to our most loyal customers. That will be the richest pool for us, and then we will build on it from there.”

Unlike Rent the Runway, which focuses on scale and works with a large number of brands, Scotch & Soda’s single-brand approach is meant to fuel loyalty among existing customers and drive guaranteed recurring revenue. Hoffman said he does not expect, nor even wish, for the rental service to become a huge revenue driver.

“The unknown factor for us right now is how appealing this model is for a single brand,” Hoffman said. “A single-brand subscription is still a pretty new idea. We are not naive to think our rental service will take over the world, and we’re being reasonable about it. We just want it to be sustainable, and we want it to be a valuable service for our customers. This is a long-run thing for us. We won’t tank it if it doesn’t blow up within six months. It’s not going to be our biggest channel; it will just be one of them.”

Banana Republic, American Eagle and Vince have all recently launched or announced the future roll-out of similar services focusing only on their own products.

“‘Loyalty programs’ is a great way to think about it,” said JoAnn Martin, vp of industry strategy and market development at supply chain management company JDA Software. “For casual brands, it’s almost like auto-replenishment. Think of the Amazon Dash button for CPG companies. I think that has a large appeal for the casual customer.”

These services, like loyalty programs, can also help guide decision-making and are a useful source of customer data, something that Rent the Runway has always emphasized as an important perk of its service to both customers and brand partners.

“We always try to let our customers guide what we do,” said Maureen Sullivan, COO of Rent the Runway. “They’re a great guide for how we expand our assortment. The great thing about having subscribers is that they come to us five days a week and they wear us 120 days a year, so there’s a constant dialogue and we learn so much from them.”

The challenge for these brands is whether more casual product can sustain a rental model. In a survey conducted by JDA, 75% of respondents said they use rental services primarily for special-occasion wear and only 13% use it for everyday wear. That does not necessarily mean that casual rental is destined to fail, only that it has less of an obvious appeal than renting ultra high-end apparel which would be cost-prohibitive if purchased outright. For example, a Rent the Runway Unlimited plan is $150 a month and grants access to clothing worth anywhere from under $100 to many thousands of dollars, while Banana Republic’s Style Passport costs $85 per month for products that run only up to a few hundred dollars.

“Price point will be an interesting angle going forward,” Martin said. “The products are less expensive for a lot of these new services. I think most people are looking at rental when they have a special occasion that they want to splurge on, whereas casual wear, when you think about something like Urban Outfitters or Banana Republic, it’s more like staples and regular everyday stuff. Even though you’ll want to freshen up your daily wardrobe, I don’t know how significant demand will be.”