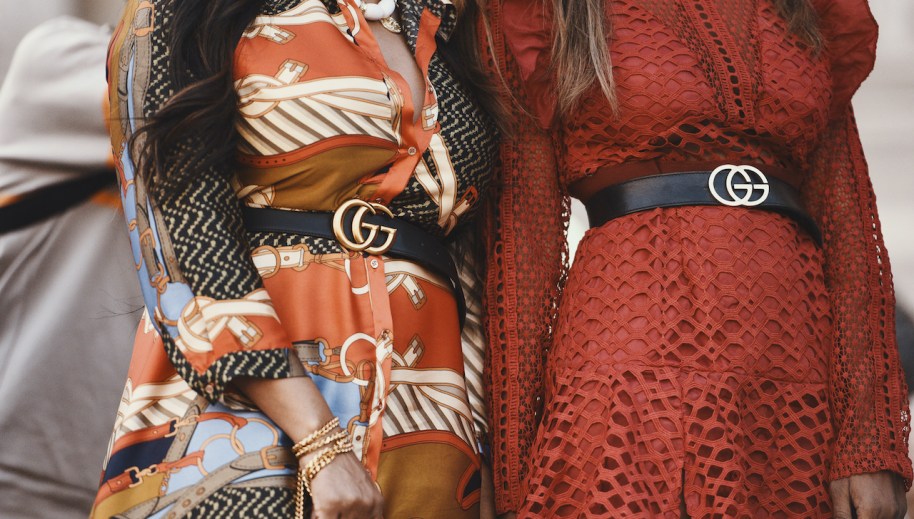 Sales slow at Kering, with Gucci falling short of expectations

With the late launch of the Aria collection and a resurgence of Covid-19 in Asia, sales at Kering slowed. However, Saint Laurent, Balenciaga and Alexander McQueen showed excellent growth.

On its earnings call on October 19, chief financial officer Jean-Marc Duplaix assured that Gucci’s prospects are stable, bolstered by the investment in the brand made this year and an expectation of increases in the next quarter. The brand has previously been growing at an accelerated pace, but growth has slowed in recent years. As it accounts for more than half of group sales and the majority of profits, investors have been concerned about its performance.

Although analysts predicted a revenue rise of 9.1% for Gucci in the quarter, its revenue totaled €2,181.8 million ($2,538.1 million), an increase of 4.5% as reported and 3.8% on a comparable basis, well below the estimates. Gucci slowly rolled out the Aria collection worldwide in September. Duplaix noted that the Chinese market is central to the brand’s continued success, as its consumers have an appetite for newness. “We had more challenging situations in Asia and the Pacific. I will not make any predictions currently on the reception of the Aria collection, but we are very pleased with the product, its price architecture and the strength of the brand.”

Gucci has big plans to end the year strong: It has multiple launches and activations are planned for the year’s end, such as the Gucci and Balenciaga hackathon, the centennial celebrations and client activations in stores, as well as pop-ups like the Circolo concept in Shoreditch and London, among other activities. Gucci is also heading to Los Angeles for its fashion show in November. With the launch of Gucci Vault and its growing exploration of e-concessions, Kering is thinking long-term about the brand. “We know that we have the potential, when it comes to elevation of distribution and price and multi-timers — those that come back multiple times a year. It’s all about investing in the brand and, in 2022, we will continue with this trajectory,” said Duplaix.

Saint Laurent reported a strong quarter, with revenue up by 27.8% year-over-year and sales in retail channels up by 31%. Duplaix highlighted that its “iconic products” are enjoying sustained appetite from locals across all regions. The notion of “hyper-locality” echoed throughout the presentation, as multiple brands within the portfolio also focused on developing on local markets, as tourists are yet to help rebound sales.

Bottega Veneta ​​reported revenues amounting to €363.4 million in the third quarter, up 9.3% as reported and up 8.9% on a comparable basis. Driven by its creative director Daniel Lee, the brand has performed very well and continues to define a niche consumer category unmoved by the logomania going on elsewhere. It appeals to both the American and Asian markets. The report said that ‘the House’s very balanced growth is driven by its success with both existing and new customers.” The Italian luxury brand announced a new CEO of the Americas this week — Alejandra Rositto, who was previously at Fendi. Recent activations for the brand include a “Squid Game”-like giant green maze in South Korea.

Kering did not separate Balenciaga and its other brands in its report, however, the “other brands'” revenue grew, reaching €843.7 million in the third quarter. That was up 26.1% as reported and 26.0% on a comparable basis. The report stated that “revenue also increased very sharply relative to 2019, due notably to the ongoing expansion of Balenciaga and Alexander McQueen, whose sales continued to grow rapidly across all distribution channels.” The Balenciaga couture show and “Simpsons” collaboration have elevated the brand once more, with Duplaix noting that, “As with Gucci, there needs to be a balance between fashion and innovation and timeless. The couture collection had a great impact on the perception of the brand. There will be a shift to less categories of formal shoes and sneakers. This is the evolution of the brand, rebalancing it to certain categories and certain clients. Like Saint Laurent, it has huge potential, in terms of store footprint.”

Luxury markets have been relying on China to bolster their growth as the country regained its footing quickly last year at the beginning of the pandemic. Now that it was hit by another wave of outbreaks over the summer, footfall in luxury stores has slowed. On Monday, the shares in luxury French goods fell, with Kering down 1.7 percent in early trading, LVMH retreating by 1.3 percent, and luxury goods company Hermès also fell by 1.2 percent. China’s economic growth has slowed significantly, growing just 4.9% this quarter, affected by electricity outages that have had a cascading impact on production, the Evergrande property crisis and policy curbs. The luxury market could also be affected by the August announcement of the crackdown on wealth inequality by President Xi Jingping that led to share prices of luxury French brands tumbling.