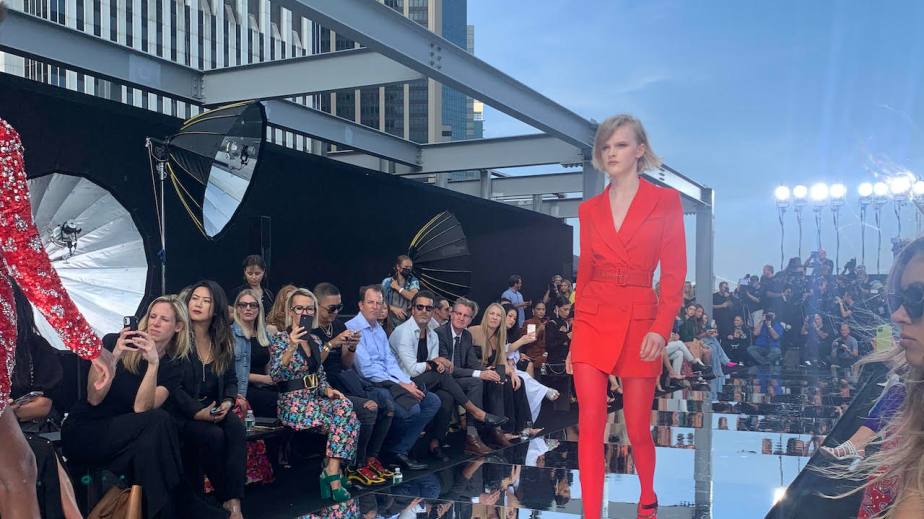 In looking at its 2021 fourth-quarter earnings results, reported on Wednesday, Revolve Group reads like the retailer-slash-media company that could.

Pandemic-related restrictions around traveling and gallivanting like we once did still remain. And its signature Coachella-adjacent Revolve Festival was canceled two years in a row. Even so, Revolve, fueled by women buying going-out looks and its own influencer-populated grand events, is at its height.

Revolve’s revenue in the quarter reached $240 million, representing a 70% year-over-year jump and a 63% boost over the same period in 2019. The company also saw record profitability for a fourth quarter, at $29 million, and its number of active customers increased 25% year-over-year.

In short, it’s finding plenty of ways to amplify its voice and give consumers a reason to shop without pulling the usual levers.

“Things are pumping on all cylinders, and we’re a V12; we’ve got a lot of cylinders,” said Michael Mente, co-founder and co-CEO of Revolve.

And there’s no shortage of growth opportunities, moving forward. For one, “the world is still opening up,” said Mike Karanikolas, co-founder and co-CEO of Revolve. In addition, there are plenty of shoppers beyond female influencer types who aren’t yet familiar with the company.

“When I compare us to the [retail] legends, like Nordstrom, they have magnitudes greater brand awareness,” Mente said.

Revolve is on a clear mission to catch up.

The growth of Revolve’s customer base can be owed, in part, to momentum from marketing activations in the third quarter carrying through the fourth quarter, said Karanikolas. Those included two activations during New York Fashion Week in September: the retailer’s first NYFW runway show, featuring an exclusive Dundas collaboration, and a star-studded physical shopping experience dubbed Revolve Gallery. Its #RevolveGallery hashtag drove $7.9 million in media impact value.

Revolve is currently hiring dedicated staff to support the three-month-old ambassador program, with plans to “aggressively ramp it up” after seeing it take off, Mente said. Among learnings so far are that ambassadors overwhelmingly choose to receive their rewards as store credit, versus cash. “It’s become this flywheel, where they sell more, they get more clothes, they sell more, and then they’re deep into our world,” he said.

Mente added that owning the technology needed to fuel the program versus working with a third party has proven advantageous. “We have full access to data, so we know what’s working, and we can work with ambassadors to fine-tune and elevate what they’re doing,” he said.

To further extend Revolve’s reach, continuing to grow its beauty business, which has seen “massive spikes” during the pandemic, is a priority, Mente said. Another objective is cross-marketing FWRD to current Revolve customers to build that brand.

”We know that a majority of our customers shop for expensive handbags and luxury products, and we know they’re not yet shopping from us,” he said.

Revolve is currently investing in its men’s business, housed under the FWRD brand. Rather than fashion influencers, it’s linking with musicians, athletes and other men with influence to spread the word. “If you fast-forward years into the future, men’s will be a much bigger part of our business,” Mente said.

It’s also setting its sights on offering inclusive sizing. A deal has been “signed and inked” to push this forward in the months ahead, he said.

Already this quarter, Revolve’s co-hosted a hot-ticket, two-night event ahead of Super Bowl Sunday – it featured branded activations alongside performances by Justin Bieber and Drake. It targeted men, as well as women.

And in early March, it will open its first consumer-welcoming store, on Melrose in L.A.

Called Revolve Social Club, the physical store is a “2.0” version of a prior physical space with the same name that Revolve owned pre-pandemic, Mente said. Rather than exclusively host designers, influencers and intimate events, it will be open to everyday consumers, allowing them to engage with the Revolve community and experience the full Revolve lifestyle. Along with selling some clothes, it will feature a cafe and a bar, and opportunities for visitors to partake in workouts, beauty treatments and parties.

As with Revolve’s New York Fashion Week events, Mente said the Revolve Social Club provides a testing ground for similar global activations. It will remain open in L.A. for at least “several months,” he said.

Next quarter will mark the debut of a “bigger, better and evolved” version of Revolve Festival, in step with the growth of the company, Mente said. He repeatedly noted that Revolve has become smarter about carrying out such activations in a cost-effective way.

Despite the success of Revolve’s owned brands – making up 20% of 2021’s total sales  –  third-party brands will continue to be important to Revolve’s business, and vice versa, Mente said. He pointed to the recent challenges caused by Apple iOS changes to the advertising strategies of Revolve’s partner brands. As a result, the brands have been increasingly leaning on Revolve and its diversified marketing playbook.

“At the core of Revolve is our [product assortment],” Mente said. “We sell the best range of independent designers around the world.”