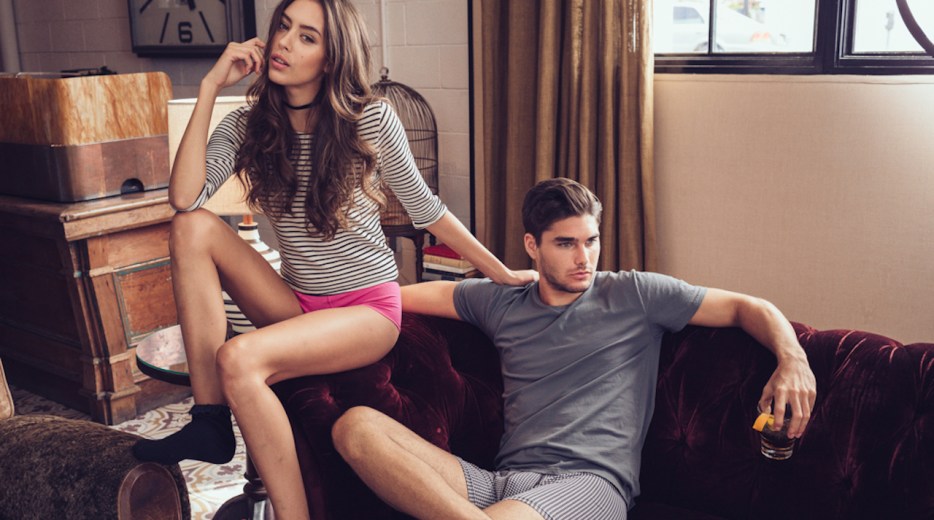 ‘Retail is a media space’: How fashion brands are acting like media companies

Increasingly, fashion brands and retailers are needing to act more like media companies by building up editorial teams; creating editorial calendars — encompassing programming for all channels, including stores — and treating channels as audience-building tools, even more so than sales drivers.

Every week, MeUndies releases underwear in a new print. Each time, editorial stories and imagery for the brand’s blog and social media posts must be created, in order to promote the product and keep things fresh and moving.  For Greg Fass, senior brand manager at MeUndies, the editorial and content side of the brand is incredibly important to its overall growth.

Others take a more philosophical approach, taking inspiration from how media companies are run. MeUndies, for example, keeps a close eye on the daily news cycle, and other cultural and timely events, and creates both new products and new blog posts related to it. Underwear with a dragon print were developed on short notice and released ahead of the final season of “Game of Thrones.” Fass connects MeUndies’ timely content practice to his own journalism background. And brands like Supreme have made regular drops of collections, often tied to timely events,  a major part of their strategy.

Having a planned calendar of events, regular new products and editorial content on a set schedule are all practices fashion brands share with those in media media. DTC fashion brands, for example, have put an emphasis on storytelling and fresh content in their physical stores.

“It’s important to think about how retail is becoming a destination,” like Hudson Yards and retailers that target tourists, Hwang said. “The reliance on any singe channel [like e-commerce or physical retail] is diminishing, and are more options for connecting with consumers. E-commerce needs to compete on price, but stores need to compete on experience. As a result, a lot of retailers are focused on creating impactful in-store activations to engage their communities and build a new audience.”

MeUndies complements each product launch with an accompanying in-store event at its Century City store in California. For now, these in-store activations are relatively small-scale, like offering coffee when a coffee-themed print is released or hosting a pet adoption when a cat-themed print is released. But Fass hopes to expand the capabilities of what the brand can do in-store in the future. Since most sales are made online, there is more room to experiment on the in-store side. This all stems from the idea that physical stores are about more than just making sales, they’re also opportunities for brand-building.

“What’s exciting about physical stores is that they’re now as flexible as e-commerce and can be rolled out like a media campaign,” said Alice Ratcliffe, head of brand at Appear Here, a marketplace for store spaces. “Whereas before, you could really open one shop at a time, now we’re seeing brands opening 30 stores in one day at the same time, in multiple countries, and creating a huge global campaign through physical retail. And they’re using Google or [another platform] to target ads around those stores. For the first time, retail is a media space, and it’s exciting when you see brands treating it as an extension of their marketing campaigns.”

Nordstrom, for one, is opening several stores in New York later this year, a flagship along and two smaller local shops, all promoted by one campaign being aimed at the local New York shopper.

Bloomingdale’s, meanwhile, is using its stores to feature constantly-rotating new ideas and experiences. For example, Bloomingdale’s Carousel concept, a rotating area of its 59th Street flagship store that brings in curated, rotating, themed collections from a variety of brands, debuted late last year.

“The Carousel has had a steady evolution since we launched in September, especially in terms of the product assortment,” said Kevin Harter, vp of integrated marketing at Bloomingdale’s. “We have quickly reacted to categories that have proven to be best sellers — giftable items have performed extremely well, and every round, we have increased our breadth in that area. With the help of our guest curators, we have also been able to include brands that are new to Bloomingdale’s. In addition to its unique merchandise assortment, the goal of The Carousel is to provide shoppers with an immersive experience and captivate them in the theme and stories behind the brands. The shop is activated with a lineup of weekly events.”

Some retailers like Harrods and Away have even begun investing in podcasts as a way of driving up audience engagement.

Ultimately, part of the reason for the shift toward a more content-based strategy comes from the fact that modern customers have a plethora of products to choose from with relatively comparable levels of convenience. Storytelling and the ability to build up a loyal community are key to brand success in the future, said Hwang. Using strategies inspired by media companies is one way of achieving that.

“When I think about building a brand now, it’s not just driven by design and logos and prints,” Hwang said. “Underlying all of that is an ideology that you have to develop around what you do. It’s about telling a story around the brand.”