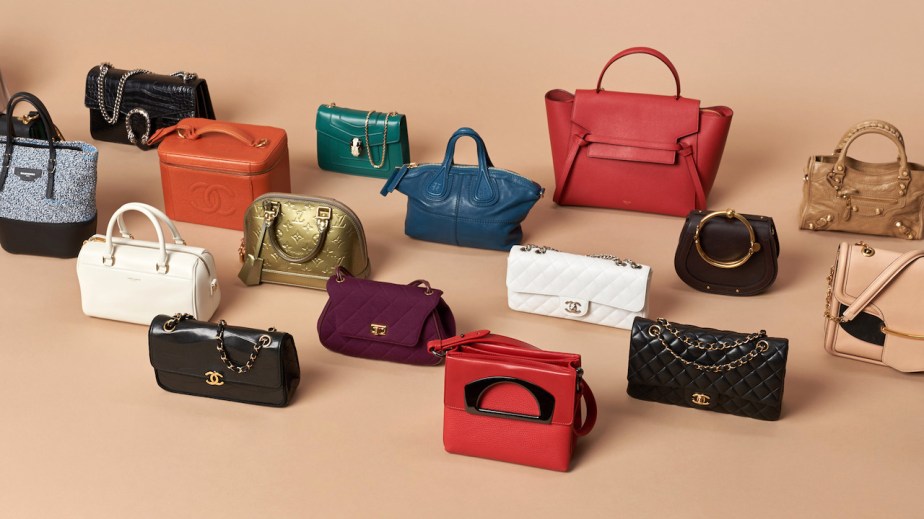 Given the current breadth of the growing fashion resale market, not to mention the constant roll-out of new platforms allowing customers to buy and sell pre-owned goods, it’s no surprise that there is a great amount of variety in the operations across such platforms. One area that has turned into a point of differentiation is around payments to sellers.

Some platforms grant sellers payment instantly or within a short time frame, while others can take days or even weeks to pay them. The amount of time it actually takes to receive payment can fluctuate wildly based on a number of factors, like whether the platform is buying the goods directly or just facilitating a sale, whether the transaction is done online or in-store, and what level of authentication the platform requires.

Resale companies are continuously competing for sellers, particularly power sellers who move a lot of product, and differences in payment practices are often deciding factors in where sellers decide to take their business. Below is a breakdown of how some of the biggest resale platforms stack up.

StockX
While StockX is one of the dominant resellers in the streetwear world, recently reaching a $1 billion valuation, it is on the slower side when it comes to paying out its customers. Sellers will not get paid until after the product has been authenticated. Given the time it takes for a product to arrive at StockX’s facilities and get authenticated, and the additional days needed for the payment to process, customers could be looking at anywhere from one or two days to five days from the time they put their shoes in the mail to when the money is deposited in their account.

But StockX has one way of shortening that timeline. The platform has invested in a number of drop-off physical locations, including pop-ups in London, Los Angeles and Atlanta, and a newly opened permanent location in New York City. Here, payment can take less than an hour, as StockX authenticates products on-site. The quick in-person payment also serves as a customer acquisition tool, according to Scott Newman, director of streetwear at StockX.

“A lot of people want to sell, but they need that face-to-face interaction, that hand-holding, to get across the line,” Newman said. “There are tons of benefits here, but one is getting [a customer] who wants to sell something but were put off by the online hassle. Now they can walk into the physical location, sell their stuff and walk out.”

StockX takes 10% of each sale, though this number decreases as the seller makes more sales.

GOAT
GOAT operates on a time frame similar to StockX: Sellers do not receive payment until after the product has been authenticated, which can take up to a few days.

Also like StockX, GOAT offers users an alternative option: GOAT merged with brick-and-mortar reseller Flight Club last year, allowing users who live near Flight Club’s New York or Los Angeles locations to bring their products to the store, have them authenticated immediately and receive their payment on the spot.

“It’s anywhere from six to six-and-a-half days from shipping to getting paid,” said Matt Cohen, vp of business development and strategy at GOAT. “It used to take two or three days for it to get to the GOAT facility alone, but now it can be there same-day. That’s brought the total time from purchase to receipt down 40%. There’s always been a waiting game. I don’t think it’s a sticking point for too many people, but what you’re seeing now is more sellers coming into the market, and the quicker they can sell and get paid, the quicker they can reinvest.”

The RealReal
Popular reseller The RealReal has a unique payment time frame. All payments are processed and sent out on the 15th of every month for any sale made in the previous month. For example, if a seller sells something to The RealReal and it is bought by a customer in mid-May, the seller will receive their payment on June 15. This model trades speed for reliability: Sellers can expect to get payment on that day, as most items are sold within a month, though there is no chance of getting it sooner.

The RealReal also has a tiered consignment system where the percentage taken by the company varies based on the price of the item and the built-up reputation of the seller. Someone who sells expensive things frequently and without issue will have a much lower percentage taken out of the final sale price.

Stadium Goods
Stadium Goods is an interesting case since it’s halfway between a consignment model — in which a store buys a product from the user and then resells it — and a platform like GOAT that facilitates direct transactions between buyers and sellers. At Stadium Goods, sellers can either bring their shoes into its New York store or send them in remotely. From there, Stadium Goods authenticates them and puts them up for sale, but customers only get paid once the shoe actually sells.

For this reason, Stadium Goods has the most inconsistent time frame for payouts. It could be same-day or weeks, depending on how quickly the item sells. Stadium Goods does an 80/20 split with sellers for most products; it takes a 20% cut for each sale.

ThredUp
ThredUp offers customers a few options for payment. If they accept a lower payout, sellers can get paid as soon as their product arrives at ThredUp’s facility, which is usually only a day or two. However, if sellers want to list their products on consignment, they can get more money by waiting to receive a payout until after the item is sold. Sellers receive 5% to 80% of the sale price, depending on how much a product goes for — slightly less if they take an upfront payment.

This lets ThredUp strike a good balance between the sellers looking for speed and those looking for a larger return.

Rebag
According to Rebag’s founder Charles Gorra, the entire company is centered around the idea of solving the payment problem. “We’ve triangulated the whole business around this: How do we streamline the time between when someone wants to sell and when they actually get paid?”

Rebag, unlike a few other resale platforms, does not make seller payout contingent on the product being sold. As soon as the bag is processed, the seller is paid, taking anywhere from one to two days online or within an hour if done at one of Rebag’s retail locations. While this has made Rebag among one of the fastest payers in the resale world, it comes with its own risks. Namely, if the product doesn’t sell, the money given to the seller is a loss. Rebag uses an in-house proprietary software to come up with a quote for each bag based on market prices.

“That’s the risk. We are open with our value proposition because it’s extremely valuable for sellers, but it’s very risky for us. But for us, it’s worth it to get sellers to sell with us rather than somewhere else. Why would you ship something off to someone else with no guarantee when it will sell and for how much, when we will write you a check for $1,000 right now? It’s absolutely worth it for that,” said Gorra.