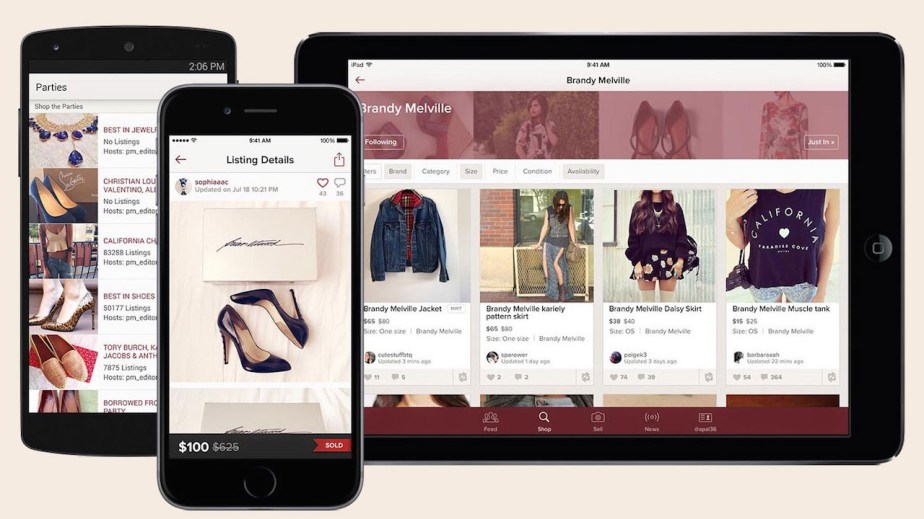 Poshmark is leaning into sneakers to grow its men’s business

Social commerce marketplace Poshmark is growing into new categories beyond women’s apparel and accessories, into home décor and men’s apparel. The launch of the men’s category is proving a smart move.

“It’s going to surprise some, but men love fashion just as much as women. We’re seeing a massive explosion in how much men are adopting resale,” said Tracy Sun, co-founder and svp of new markets at Poshmark, at NRF’s Retail’s Big Show.

Since launching Poshmark for men in July 2016, there are now 9 million men shopping on the platform annually, Sun said. As the resale market continues to grow — to roughly $24 billion in 2018 — companies are learning that it’s not just millennial and Gen-Z women who want to sell worn items or buy used over new. While there are competitors in the space that also cater to men, including TheRealReal and Vestiaire Collective, most focus on luxury products, streetwear and sneakers. Poshmark’s men’s sellers post everything from Versace to Bonobos, and sneakers to button-downs. There has also been a rise in resale entering department stores, but again, most target women’s apparel.

Poshmark decided to launch a men’s category after hearing from customers through social media and emails that they wanted a dedicated section for men’s clothing. Prior to 2016, men were shopping and selling on the platform, but there was no separate category for men’s products. By creating a dedicated space for men to shop and sell, Sun said Poshmark was able to attract more customers to the platform.

Last year alone, the community of male sellers grew by over 50% year over year, Sun said. There are currently no separate men’s social media accounts, but occasionally the company posts men’s items on its official Instagram account, which has 632,000 followers.

Sneakers have been a big driver for the category. In spring 2019, the company added a category called Kicks Market to its website, found under the “Markets” tab. The included products are curated by Poshmark, with a focus on the biggest new releases and hardest to find sneakers on the marketplace.

“We see sneakers as a gateway purchase for men. Last year, 15% of first-time male shoppers came to the platform for a sneaker purchase. Many of these shoppers then go on to purchase additional items such as clothing or accessories,” Sun said.

For Poshmark, there has been a great opportunity to go after the men’s market beyond just sneakers. But Mae Karwowski, CEO and founder of influencer marketing firm Obviously, said part of the success is likely thanks to a boom in sneaker resale and streetwear companies.

“The sneaker resale market has really made guys open their eyes to resale,” said Karwowski. “They’re now very aware of all these channels — Goat, StockX, The RealReal — where they can find what they want, especially with sneakers. It comes down to traditional buying patterns and typically, a guy doesn’t have a ton of variety in his closet. But there is a real desire to collect, to build a shoe or hat collection, or to have [a collection of] really nice watches.”

Poshmark has 50 million users and 7 million sellers since launch who share 30 million items daily. On average, users open the app five to seven times a day for about 23-27 minutes at a time.