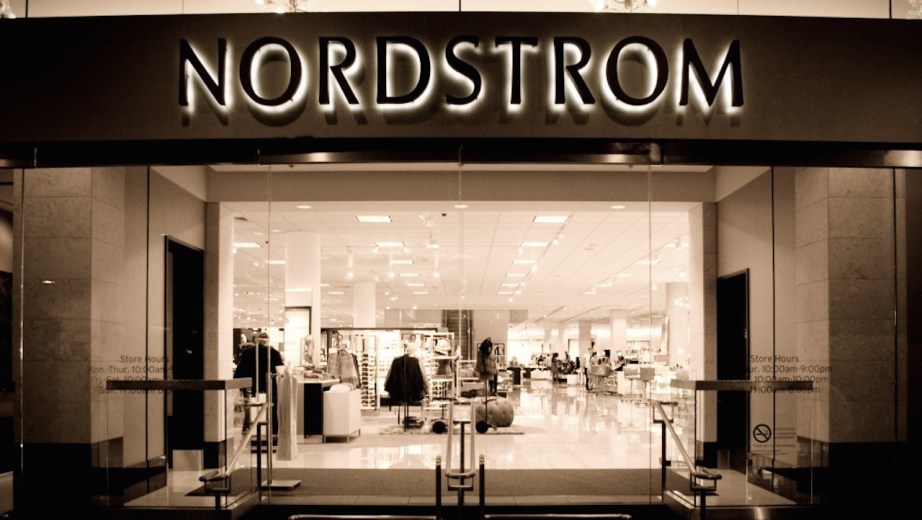 Seattle-based retailer Nordstrom is launching its first podcast, The Nordy Pod, on Monday.

Hosted and spearheaded by president and chief brand officer Pete Nordstrom, the podcast is a biweekly freeform show in which Nordstrom interviews fashion industry luminaries, members of the Nordstrom company and family, people of interest from the Seattle area, and regular Nordstrom customers. Nordstrom is the latest of several retailers and brands in the industry to launch podcasts in the last three months. They include Victoria’s Secret, MAC Cosmetics and Lyst. Nordstrom hopes to set The Nordy Pod apart by letting Pete Nordstrom’s personal interests and connections guide the content and creation, rather than tying it closely to the company’s marketing strategy.

The debut episode, first aired at 9 a.m. PST on Monday, features interviews with former Gap Inc. and J.Crew Group CEO Mickey Drexler. It also features a Nordstrom customer, who Pete Nordstrom talks to over the phone, and a Nordstrom stylist who has worked at the company for more than 20 years. A future episode will welcome Megan Jasper, CEO of fellow Seattle company Sub Pop Records. Pete Nordstrom’s brother, Nordstrom CEO Erik Nordstrom, and cousin, head of stores Jamie Nordstrom, will join for another episode to discuss the history of the traditionally private Nordstrom family.

Pete Nordstrom is not active on social media and the company does not typically highlight the family in marketing efforts. This will be the first time a member of the family is front-and-center in a public-facing project. Nordstrom said the target audience is both fashion industry insiders and any consumer who has an interest in the business.

“I want to leverage the fact that I’ve done this for a long time and have met a ton of interesting people along the way,” Pete Nordstrom said. “I’ve been in rooms with them, discussing business, but I wanted to go the next step and find out what drives them. One thing you’ll hear regularly is my direct interactions with customers. It creates interesting in-the-moment discussions.”

There are no set criteria for who will be a guest on the show, nor for what topics will be covered. While the podcast does align with a larger Nordstrom marketing strategy of creating an open sense of community with customers, it was important to Pete Nordstrom that the podcast is not a calculated marketing effort. The project is mostly led by Pete Nordstrom himself and a small group from Nordstrom’s special projects team.

Nordstrom is being intentionally loose with some of the plans for the podcast, including future guests and number of episodes, to allow Pete Nordstrom himself to shape the show depending on what he finds interesting and what listeners respond to. There is no set seasonal schedule or number of episodes Nordstrom is shooting for.

Podcasts are an increasingly common part of a company’s brand-building tools. Victoria’s Secret, seemingly in an attempt to build a more feminist-friendly image, has a new podcast that launched in October and is focused on trailblazing women. MAC Cosmetics debuted The T-Zone podcast, which takes a behind-the-scenes look at the beauty industry, on January 28. Fashion shopping app Lyst launched a limited podcast series on January 18 called The Guest. In each episode, two prominent women from the industry discuss issues in the fashion world over dinner.

The influx of new brand and retail podcasts isn’t a bad thing, according to Neil Saunders, managing director of retail at data analytics company GlobalData. For companies like Nordstrom, which are trying to make a show that the listener values, and not just an advertising channel, they can be an especially good investment. Nordstrom declined to say how much money is being spent on the project. There will be no ads during episodes.

“The world is very crowded with podcasts, but arguably, the world is also crowded with every other form of media,” Saunders said. “They require planning, presenters, production and promotion if they are to do well. That comes with a time cost, but the monetary cost is not too arduous, especially for fashion brands that are used to investing huge amounts of highly polished content. Whether they are worth the investment depends on the purpose. If it’s a means of connecting and building an audience, then they are a sensible use of resources. If they are simply to advertise products, then there are better mediums, like live-streaming, which will generate a better return.”