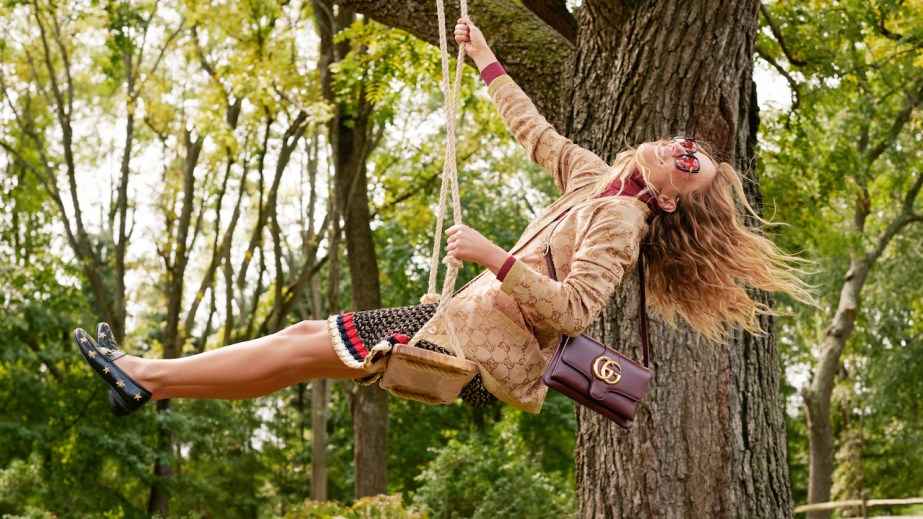 ‘Our goal is to eradicate fast fashion’: Resellers are investing in new tech to compete

At the beginning of March, luxury conglomerate Kering took a 5% minority stake in French luxury resale platform Vestiaire Collective. It was one of the most significant crossover moments between the worlds of luxury brands and resale.

There has long been contention between the two sectors, most evident in the ongoing legal battle between The RealReal and Chanel. But increasingly, luxury brands are beginning to see resellers as allies instead of enemies. When the company invested in Vestiaire Collective, Kering CEO François-Henri Pinault called resale “a real and deeply rooted trend” in a press statement. And Kering brand Gucci has embraced resale since collaborating with The RealReal last October.

As resellers scale up, they’re competing more directly with fast fashion than with the luxury brands themselves. Resellers are laser-focused on scaling, and they’re currently looking to do so through new investments in technology that enable algorithmic curation and AI-powered authentication.

Tracy DiNunzio, CEO and co-founder of luxury resale platform Tradesy, said the tech her team has invested in has helped the company grow significantly in the last year. Listings on the site grew 50% year-over-year in 2020, thanks to new behind-the-scenes tech like a personalization algorithm that serves up relevant items to consumers based on their previous purchases and search history. DiNunzio said the technology has driven thousands of new conversions per month since it was introduced in early 2020.

Fast fashion and resale target the same customer, DiNunzio said: someone who wants luxury style at a lower price point than what the brands offer. She likens Tradesy and luxury resale, in general, to the small leather goods on display at the front of Tiffany & Co. stores, which are typically much more affordable than other pieces in the store. Those items are meant to provide customers with a lower barrier to entry, in the hopes that they’ll buy something larger in the future. Resale can act the same way, letting customers get a taste of a brand at a lower price point first before they buy something at full-price later. That was Gucci’s strategy when partnering with The RealReal last year.

But fast fashion has the benefit of scale and speed. While a fast fashion factory can churn out thousands of new items a day, resale is comparatively much slower, especially for platforms like The RealReal that need to process each item as a unique SKU. The only way to scale in resale, according to several representatives from platforms who were interviewed for this story, is through technology.

In the middle of 2020, DiNunzio restructured several of her teams internally, with a focus on research and development. As a result, more than 50% of the company is now made up of engineers working on various tech efforts, like Tradesy’s in-house authentication tool and its new system for facilitating shipping between buyers and sellers on the platform.

While DiNunzio said she had no partnerships with luxury brands that she can talk about publicly, she shared that brands have had a noticeable shift in tone over the last year, showing more interest in collaboration.

“Five or six years ago, the business side of the big brands started to get a little more interested in working with us, but a lot of the creative, designer side people were still skeptical,” she said. “And that’s really starting to change dramatically.”

Resale platform Rebag has been investing in technology, as well. In February, the company launched an expansion of its “Kelley Blue Book for handbags” program called Clair, with Clair AI. The new mobile app allows customers to scan any handbag (or image of a handbag from an online store or print ad) and be given an immediate price estimate for it that Rebag will match. Founder Charles Gorra said that his team of 30 engineers is the largest team at the company and soaks up a majority of the company’s budget. They spent six years working on the technology.

“That’s why we raised a few fundraising rounds,” Gorra said. The company raised $15 million in May and $25 million in 2020. “That funding has been put to good use, and our tech team has grown with every round of funding. Resale can only scale effectively with technology.”

Gorra said one of the intended use cases for Clare AI is to push customers to make a purchase of a new handbag, knowing that they can later sell it for 80% of the price, for example. That will encourage customers to shop directly from luxury brands, rather than buying knockoffs or similar products from fast-fashion companies.

In 2020, Vestiaire Collective’s revenue and sales volume grew by more than 100%. It’s now planning to hire 155 new people for its technology team, according to the company. Ed Lavery, director of investor solutions at data company SimilarWeb, said that a majority of Vestiaire Collective’s conversions — around 54% — are coming from direct searches for the company. The resale market as a whole is set to reach $64 billion in annual sales by 2025.

“This is a positive signal, as direct traffic tends to be the most targeted, with visitors specifically searching for the website in question,” Lavery said.