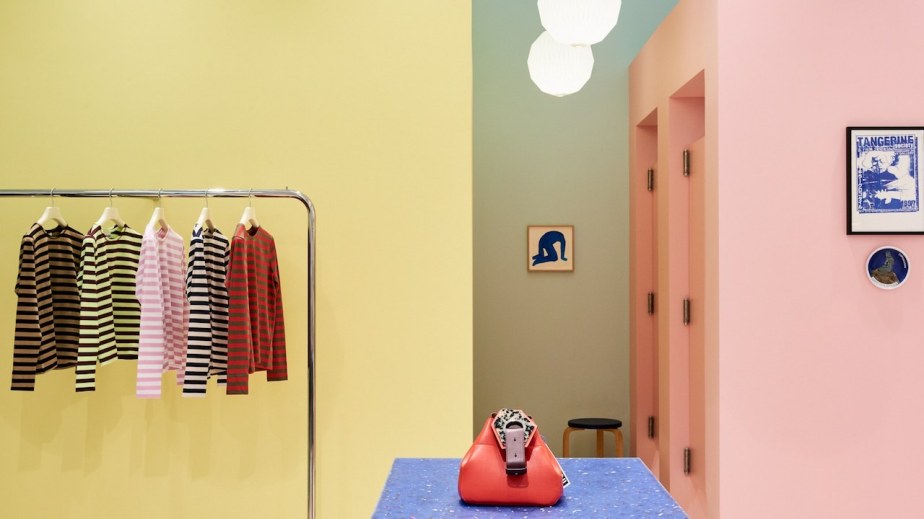 Opinion: What are pop-ups good for?

Ana Andjelic is a brand strategist and sociology expert.

Right now, in Soho, there are no less than 12 pop-up stores. Venture a bit further north, and you’ll encounter an additional eight to 10. Holiday season sends retailers into overdrive, and pop-ups have become a welcome new tactic across the board. The operative word here is tactic. Still, very few brands use pop-ups strategically, via a combination of real estate and retail data, and as a way to connect their audience development, marketing, data, merchandising and sales.

Pop-ups make a lot of sense at a time when retail bankruptcies are piling up and store closures have become a new normal. They are a relatively cost-efficient way to test a new market before opening a permanent physical store. Having a physical presence benefits online businesses, and contrary to the long-held belief, it doesn’t cannibalize online sales. It allows consumers to discover and try products before they buy them. Pop-ups are a cheaper way to acquire customers than Google and Facebook ads.

As the pop-up landscape matures, consumer fatigue and market saturation with “immersive,” Instagrammable destinations force retailers to explore how having a pop-up store ladders up to their brand and business. Successful pop-ups today are not a sole PR play and/or a sales and distribution channel. They succeed because their role is defined in relation to the overall brand and business strategy and in terms of “jobs to be done” for a retailer’s audience. In retrospect, they adopt one or more of the approaches below.

When introducing a new product
Back in 2011, in the pre-pop-ups era, Andrew Kessler, co-founder of creative agency Article Group and author of “Martian Summer,” opened a bookstore. Called “Ed’s Martian Summer,” the bookstore featured only one book — his own — and drew wide attention of media and passersby. Today, this approach has been adopted by Dirty Lemon in its Tribeca Drug Store and Heatonist in Williamsburg. Louis Vuitton’s menswear pop-up this summer similarly celebrated Virgil Abloh’s fall 2019 collection for the brand and featured a limited-edition range of day-glo accessories designed exclusively for Chicago. To announce the launch of its new scent, Byerdo opened a camping pop-up that brought the scents of the countryside to the center of Paris. This single focus strategy can successfully be applied when an established and/or multi-category brand ventures into a new product line or category.

When entering a new market
This strategy has been adopted by the Copenhagen-based brand Ganni, which has been present in the U.S. market mostly through online and offline wholesalers. It tested the market with low-risk pop-ups before finally opening a permanent store in New York in October, modeled after Danish kiosk stores. It features a selection of limited-edition Ganni ready-to-wear and accessories, mixed in with locally sourced products and snacks, all curated by Ganni’s creative director, Ditte Reffstrup. Pioneered by Bonobos some years ago, the pop-up-first approach links online audience demand and sales data with merchandising and tests demand in a limited-time, cost-effective way. Recently, this strategy has been adopted by Lord & Taylor to re-enter New York City, opening a limited-time pop-up in Soho a year after closing its Fifth Avenue flagship.

When showcasing a collaboration
Currently one of the most common pop-up formats, it was perfectly captured when Supreme and Louis Vuitton celebrated their “ultimate fashion partnership” with a series of eight pop-ups across New York, London, Los Angeles, Miami, Paris, Seoul, Beijing, Sydney and Tokyo. Hodinkee similarly partnered with Omega to launch a 10-day pop-up store in Soho, featuring Omega’s Speedmaster and Seamaster collections, all available for in-store purchase. Venture a bit further, and there are a number of food-fashion pop-ups, like Heineken’s collaboration with A Bathing Ape that included T-shirts, outerwear and matching beer carriers, all sold at Japanese restaurant Izakaya in the East Village. Uniqlo collaborated with eight Japanese ramen shops, including Ippudo, for a T-shirt line.

When demonstrating a company’s values
This November, Patagonia opened its Worn Wear pop-up store in Boulder, featuring “gently worn” apparel and a new upcycled product line. The Worn Wear initiative is a tangible expression of a company’s values of sustainability and its dedication to preserving the environment, as well as a perfect way to cater to hardcore outdoor enthusiasts who take pride in wearing vintage Patagonia pieces. In New York, bedding brand Parachute and apparel brand Cuyana teamed up for a pop-up based on mutual admiration and shared values of quality and customer-centrism.

When offering a service
In Los Angeles, Nordstrom opened its Local concept store that doesn’t sell anything. Instead, it offers services like alterations and tailoring, pick-up in-store options for online orders, and style consulting. The idea behind Nordstrom Local is to showcase the best customer experience that Nordstrom has to offer, in the convenience of one’s own neighborhood. A version of this service-only approach is popular with retailers like Matches Fashion, which partnered with 11 Howard hotel to offer personal styling and a curated selection of items. Rent the Runway similarly partnered with W Hotels, offering guests the option to rent pieces of clothing when they book their rooms, to find them in their room when they arrive. Beyond this latest iteration, hotel pop-ups have also long been staples of DTC and established retailers looking to expand their audiences beyond the current customer base.