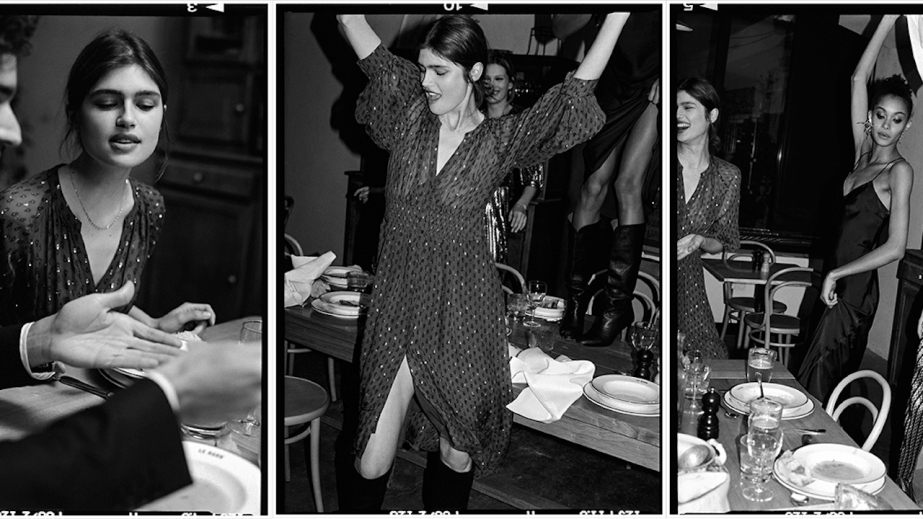 1 year in: How BaSh used a clothing rental program as a marketing tool

A year ago today, French brand BaSh opened its Nolita store with an experimental free rental program called the Dream Closet in an effort to get people new to the brand to try out some product. One year later, the brand said that aside from some logistical challenges, Dream Closet has been a big success.

The way it works: Every Friday, BaSh hosts a happy hour from 5 to 7, inviting customers  to come in, have some champagne and check out some clothes. During this happy hour, a small selection of best-selling clothes taken from previous seasons is made available for attendees to take home for the weekend and return on Monday.

“It’s definitely introducing the brand to people,” said Irene Yuan, vp of marketing at BaSh. “Just getting so many women into the store and looking at things is great. But aside from that, we’ve had great conversions from it. We do make the borrowed items available for purchase at a discounted rate, though it wasn’t initially intended as a direct revenue driver. Even if no one ends up buying anything, it’s still great for growing our audience.”

Yuan said that every week, for just two hours of one day, anywhere from 20 to 100 people will show up and most people will borrow something.

At a time when acquiring new customers can be five to 25 times more expensive than retaining existing ones, brands are coming up with services that are beyond transactional, whether that’s offering personal styling, free alterations and repairs or workout classes, in order to build their audiences. For a brands above a certain price point — BaSh’s dresses can reach up to $700 — a free trial program is their way of getting new customers to take the plunge with an unfamiliar brand.

“BaSh has identified a creative way to gain exposure and drive interest in their brand amongst their current and potential clientele,” said Kathleen Fischer, director of marketing at Boston Retail Partners. “Not only does it generate goodwill, but it also drives sales, by allowing the customer to see how the item fits into her wardrobe, how she feels wearing it and then potentially getting compliments from others.”

On the marketing side, it has also helped them market to their audience better. When customers rent something, BaSh holds their credit card info so that they can be charged if the item isn’t returned, though there is otherwise no charge. During that process, Yuan said they also ask for customers’ emails, which has given them a sizable database of customer information to aid their marketing.

“We follow up and retarget with emails later. It’s been a little informal mostly, not totally structured yet. So far it’s been manageable enough in size that we’ve just built a relationship and retarget based on that. There’s no mass email or anything, but as it grows, that will definitely need to be more formalized.”

But the project isn’t without obstacles. It’s small scale at the moment, and even a year later the brand is still working through some of the logistics.

“It’s definitely an operational project,” Yuan said. “So, just thinking through a normal retail stockroom, you have to consider extra space for this extra inventory you only bring out once a week for two hours. You have to think about extra associates and stylists or staff to accommodate and the logistics of borrowing and returning. There were some kinks that needed to be ironed out there. As you can imagine, it’s not the easiest thing to manage logistically.”

But Yuan said that the brand has been so happy with its success in New York that they’re currently testing the same thing at their Malibu store. If that’s successful, they could even expand it further to any of their more than 200 stores globally.

“I think every store is different, so we will probably do things differently in each location,” Yuan said. “Obviously, in Malibu things are so spread out that we maybe will have to extend the hours or something. Nolita was the perfect place to launch it since it’s a dense area popular with young professional women. It was perfect for this program to grow.”