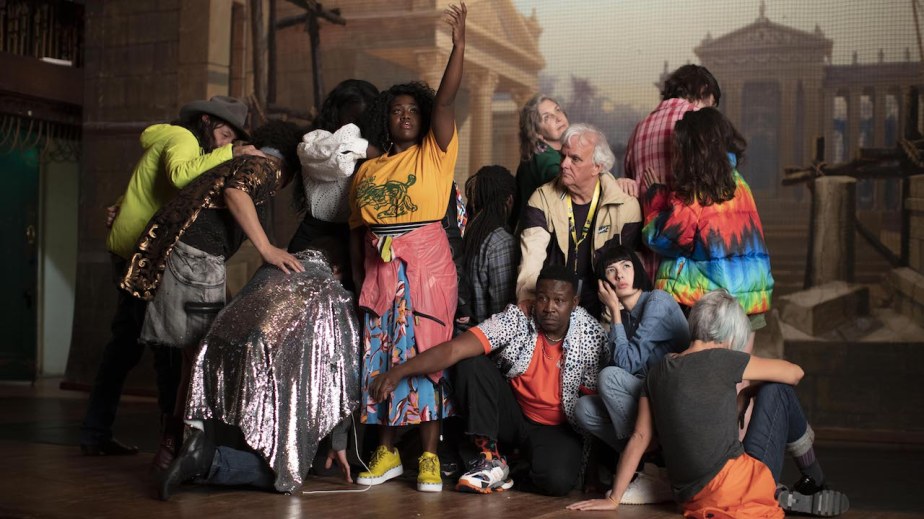 Nordstrom is advertising in the Oscars with a diversity message

The Oscars are the Super Bowl of fashion, minus a few million dollars for an ad spot. This year, Nordstrom is tapping into the buzz with the debut of a new campaign.

Nordstrom’s new 60-second commercial will air prior to the ceremony, during E! News’ red-carpet special. According to Scott Meden, Nordstrom’s CMO, the ad is meant to present a new campaign style for the retailer that’s rooted in storytelling and building connections with consumers.

The commercial features a diverse cast engaging in array of activities, from taking an improv class to performing sign language to falling in love. A narrator recites lines like, “I want to have a human experience,” before the spot concludes with “An open mind is the best look,” splashed across a blank backdrop.

“This is so true to the core of who we are as a brand, but it’s never been articulated in a campaign like this that’s very top-of-funnel,” said Meden. “We’ve always said that we’re enabled by our people and built by our customers, and there are threads in the video of that inclusivity and openness that I hope people will pick up on. [This campaign] is really an evolution of our focus on building emotional connections.”

The annual Academy Awards, honoring film industry talent and synonymous with the year’s most-watched red carpet, takes place this Sunday, airing on ABC to millions of viewers. (Last year, the ceremony saw 26.5 million viewers, down from 33 million in 2017.) A range of fashion brands and retailers, including Rolex and Walmart, are set to take advantage of the attention with mid-ceremony commercials, spending a reported $2.6 million per 30-second spot. (This year, Super Bowl ads cost double that, at around $5.2 million.)

“We tried to get across that, at Nordstrom, everyone is welcome,” said Alexander Nowak, executive creative director of Droga 5, a NYC ad agency that started working with Nordstrom on the commercial in May. “It’s become a place where people and style and ideas are criss-crossed, and where high fashion meets low fashion.” Brands featured in the commercial range from Topshop to Gucci.

Meden said that the commercial’s completion fell near Oscars Sunday was a happy coincidence the company took advantage of. Overall, the TV buy planned for the video campaign is minimal; like Nordstrom’s other ads, it will play out throughout the marketing funnel, largely through digital ads targeting direct response from customers.

“There’s certainly spend behind it, because it’s a meaningful campaign,” he said. “We want to make sure we’re bringing this message to light.”