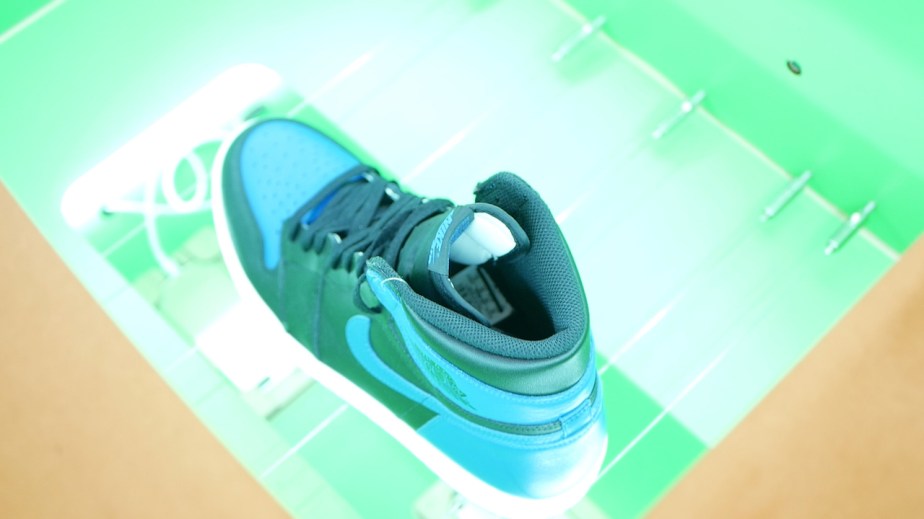 While much of the conversation about fashion resale has focused on the biggest players — billion-dollar companies like StockX or The RealReal — the boom in resale is also being driven by thousands of smaller resellers, some of them that are little more than a single person flipping sneakers out of their bedroom.

Those individual sellers can be powerful, but they also lack the tools that big platforms have built to drive their business. The RealReal, for example,10 uses complex gem-authentication machines, which took years and millions of dollars of R&D to create. With independent sellers lacking the capital and infrastructure needed to independently compete on authentication and pricing, third-party companies are popping up, offering the necessary tools for a price.

Entrupy, a company that authenticates luxury products like handbags for resale companies from big clients like Nordstrom to small consignment shops, announced its latest authentication tool for sneaker resellers last week: Legit Check Tech. In a demo at Entrupy’s office in midtown Manhattan, CEO Vidyuth Srinivasan showed off the tool, which takes the form of a large box.

Users place a sneaker in the box and enter its sneaker model into the accompanying mobile app. Then the box, which contains six cameras positioned at various angles, takes multiple photos of the shoe, sending the information to Entrupy’s database. Within about 10 seconds, between 500 and 1,300 data points on the shoe are checked against millions of data points in Entrupy’s database, and a verdict of authentic or not is returned on the app.

“Let’s say you’re a small sneaker reseller or marketplace that’s growing a lot,” Srinivasan said. “How do you replicate your expertise? How do you scale that up when you only have a few employees? The scalability is theoretically infinite here. As you grow, you can lease more boxes.”

The box does not yet have a set price or set availability date, and Srinivasan said it will be leased rather than sold. Entrupy’s original handbag authentication technology lets users authenticate a handbag by snapping a few close-up photos with a special lens attached to a smartphone. It ranges from $99 per month to over $600 a month, based on how many authentications the user does each month. That technology is already in use by dozens of consignment shops and small resellers, 14 of which are in New York City. The Legit Check Tech will likely be priced in a similar way.

Tools like this help small resellers stay competitive with big platforms. While a sneaker flipper who is moving considerable volumes of sneakers could just sell through StockX, which would handle all the authentication, they’d also then be giving up to 10% of each transaction in seller fees. That means that the biggest resale platforms are set to face competition from a vast array of smaller resellers with access the same quality of authentication. StockX estimated that some of its power users can sell hundreds of thousands of dollars worth of sneakers per month.

“If someone has a reasonable volume of transactions and they’re looking to build credibility, that’s the person we’re targeting here,” Srinivasan said. “It’s for anyone who wants to scale up a resale operation, big or small.”

Charles Gorra, founder of Rebag, said he targeted a similar target audience with Clair, the luxury handbag pricing tool that Rebag launched in October. The combination of mobile app and live bag pricing tracker lets users scan any handbag and receive detailed information about its make and model, as well as its going rate on the resale market.

The tool, which gathers data from across the resale world to estimate prices for different bags, lets resellers scan their inventory to see live-updated info on what products are selling for on the market. While Clair can be used for buying and selling from Rebag, Gorra said that his goal is for Clair to be used widely by customers, retailers and other resellers alike.

“We can provide this tool to third-parties and make this an API that we can share,” Gorra said. “If you’re a brand or a marketplace or a reseller and you have a purse, we can show you all its information and what percent of the retail price it’s going for, and you can show that to the customers when they buy it to help them inform their decisions, too. When we talk to our partners, the main problem for a lot of them is scalability. This is a way to make resale accessible on a larger scale to anyone.”

Clair is free to use, with the value coming from its potential to make Rebag an authority on the the going rates of handbags. Gorra compares it to the same model of the Kelley Blue Book for cars, applied to purses.