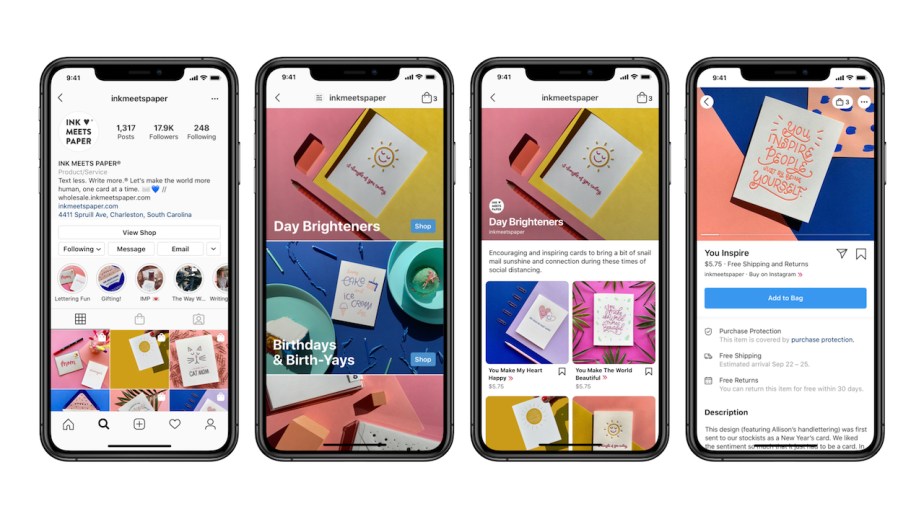 On Monday, Instagram rolled out some changes to how brands and influencers interact that will make it easier for both to do business in a more organized way, said a rep from the platform.

There are two big changes. First, influencers can tag up to two brands in sponsored content post. They can then ask for approval from the brand through the app to have their post officially designated as branded content. Brands can see what other brands are tagged and can approve the post automatically. The post can be published with or without approval, but the “Paid Partnership” tag and brand name will not appear until it is approved.

Secondly, brands can now see data and insights from every sponsored Reels and Live post that they’re tagged in. Influencers have had access to insights on the posts they tag since May 24. Brands can now view analytics around performance, engagement and reach. This comes shortly after Instagram released its Drops feature, which launched at the end of May.

The new capabilities are among several new features that have been introduced by social platforms from Instagram to TikTok to Pinterest in the last month. Each is an effort to compete for the lucrative social commerce market. Social commerce in the U.S. is expected to rise by 34% this year to $36 billion, according to eMarketer. In 2020, eMarketer reported 38% growth in social commerce sales, surpassing its projection of 20% growth. Social commerce is already massive in Asia, particularly in China where it’s a $300 billion business.

Instagram’s new Drops feature lets brands announce upcoming drops, build buzz and release limited-edition product at a set time, similar to the way streetwear brands like Supreme operate. A rep from Charlotte Tilbury, one of the first five brands to use the new Drops feature, said the brand will continue to use the feature in the coming weeks.

Some big names have touted the success of Instagram Shopping, like Sephora, which joined the program last year. Carolyn Bojanowski, general manager of Sephora’s e-commerce business, told Quartz on June 1 that there is “every indication that [social commerce is] going to be big” in the next year.

Pinterest also had social commerce news on Monday. It launched a rotating two-week curated online shop of exclusive products from DTC brands. The shop is called The Goods and includes Outdoor Voices in its first batch of brands. Aya Kanai, head of content and creator partnerships at Pinterest, said the platform’s shoppable pages saw a 200% increase in engagement between March 2020 and March 2021, while product uploads from merchants are up 14X in the same time period.

“We view shopping as an experience, as opposed to a transaction,” Kanai said. “What our pinners love about shopping on Pinterest is that they can make purchases based on the inspiration they find through boards, ideas they’ve saved and even from the real world with our Lens camera search feature.”

TikTok, the newest of the bunch at less than five years old, is also testing social commerce. As of last month, the platform was piloting a social commerce program in the U.K. and parts of Southeast Asia, with a focus on streetwear brands. While TikTok hasn’t yet made any formal announcements about plans for a global rival to Instagram Shop, that’s likely around the corner.

Despite the lack of a dedicated shop page like Instagram has, TikTok’s shoppable ads have proven popular. Brie Olsen, chief brand officer at PacSun, said she credits the brand’s presence on TikTok as a major reason why the brand ranked third, according to teen preference, in Piper Sandler’s “Taking Stock with Teens” Spring 2021 report.

“We’re in beta testing shoppable ads with TikTok, and that’s something we’re really excited to expand upon,” Olsen said.