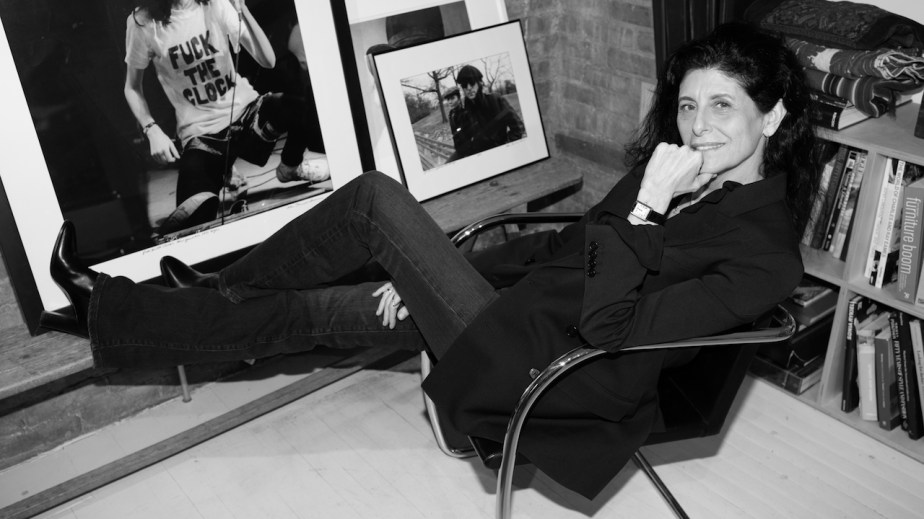 Fashion brand founders are getting their hands dirty in consumer-facing roles to drive sales.

Retail sales are slumping, consumer demand for transparency is at an all-time high, and more people are craving human connection. In response, fashion designers including Nili Lotan, Daniella Kallmeyer and Johanna Ortiz have been leaning into their own expertise and influence: They’re personally offering up customer service, style advice and social media content, and it’s working to drive sales.

NYC-based Nili Lotan, who launched her namesake brand in 2003, made a point in March to get into the weeds of every area of her company, from updating each of her 60 employees’ processes to be more efficient to working one-on-one with the brand’s accountant to monitor the books . That also included logging her own daily routines on Instagram Stories to offer followers more access to the Nili Lotan lifestyle.

“Before [the pandemic], I could run a less-tight business, and allow myself to dream and do things that weren’t necessarily converting immediately,” said Lotan. “I went from making long-term plans to making short-term goals and focusing on how to — day-by-day, minute-by-minute — manage my business.”

The increased access to Lotan on Instagram resulted in record engagement via views and comments, and inspired her to build on the strategy on other channels. That included launching a new content section, NL Stories, on the brand’s website, aimed at giving shoppers the opportunity to know her better. Content includes personal photos and journal-like entries, and touches on everything from her family traditions to her style tips. Likewise, customer emails and social media posts shifted from travel-related content to “very, very personal” accounts of how she’s feeling or what she’s wearing,

On the main site, she launched a virtual styling service labeled “e-styling.” The service was announced in March on the brand’s website and social channels, and within the subsequent two hours, 90 sessions were booked. Staffers, new hires and Lotan have manned the meetings, held on Zoom — more than 400 have been held, and 75% convert. Out of the gate, it became apparent that customers expected to meet with Lotan every time. The company decided to complement e-styling with regular, two-hour virtual styling sessions hosted by Lotan, allowing attendees to submit questions on the spot. Two-hundred women attended the first session.

Nili Lotan’s e-commerce sales doubled from mid-March to mid-June, compared to the three months prior, and total sales exceeded original projections by 20%, according to Lotan. She owed the boost to the new digital initiatives and programming that kept customers engaged. Before March, e-commerce accounted for 25% of sales, while the brand’s own three stores made up 25% and wholesale made up 50% — Nili Lotan sells in 350 channels worldwide, including Nordstrom stores and Net-a-Porter. The site introduced international shipping in March, and international customers already represent 12-20% of online sales.

Other designers have also started using virtual styling as a direct customer touchpoint. Kallmeyer started offering virtual shopping in late April. The service was inspired by the QVC-style Instagram Live sessions founder Daniella Kallmeyer had started hosting in her store in response to potential shoppers’ emailed questions. Kallmeyer has hosted all sessions herself, even offering up special services on the spot like custom pieces for those who can’t find their size on the site.

The brand is promoting the service on social media and in its emailed newsletters, plus Kallmeyer is recommending it to shoppers who send customer service inquiries requiring more than a “yes” or “no” answer, she said. So far the company has held 25-35 sessions, with a conversion rate of 80%.

“I’m at the service of my customers, and I treat this as if someone’s coming to my [Lower East Side] store,” she said. “I just know that no one sells [the brand] like I do, no one knows it like I do, and this is part of what I do. My clothing is about making women feel good and allowing them to buy fewer things that are better quality. That comes with a little bit of brand education.”

Meanwhile, retailers are providing similar platforms to link the designers behind the brands they sell with customers. Moda Operandi launched a weekly series, Moda Live, on Wednesday. It allows customers to pre-shop designers’ collections as they’re presented in a livestream session, hosted by the designer. The first featured Johanna Ortiz and her resort 2021 collection, and the next two weeks will feature Carolina Herrera and Peter Do. The company declined to share viewers and sales for the first livestream, as the video will remain live for a few weeks and is expected to see ongoing engagement.

On Tuesday, Neiman Marcus launched Your Neiman’s, a landing page on its website where customers can access digital services and virtual events. Its upcoming events include a preview of the Michael Kors fall 2020 collection, hosted by the designer, on July 28. Wes Gordon and Carolina Herrera co-hosted a similar, invite-only client session late last week, with Gordon logging on from his Connecticut farm. The event saw over 50 shoppers in attendance, who were inspired to shop, according to a spokesperson.

“Our events create a moment of digital escapism for our clients, taking them out of their daily routines and inviting them to go behind-the-scenes into the world of Neiman Marcus or one of our brand partners’ designers, all from their own homes,” said David Goubert, president and chief customer officer of Neiman Marcus Group, in an emailed statement.

The personal approach has been working for Rebecca Minkoff. “If you look at our [Instagram] feed right now, it’s product, it’s me, and that’s kind of it,” she said in April, on the Glossy Podcast. “That’s what drives the revenue and the clicks and the sales.” The company has also offered group video styling sessions with Minkoff to its loyalty members.

The success of influencer fashion lines is a testament to the potential power for a brand of having a community-focused face of the company. Danielle Bernstein’s collection for Macy’s, launched in May, drove $2.5 million in sales in 24 hours. Arielle Charnas’ Something Navy collection sold $1 million on launch day last week.

Even after shoppers return to stores, Lotan plans to continue offering e-styling and hosting style sessions, she said. She’ll also continue sharing on Instagram Stories her nightly cooking routine, which has become a hit, based on views and emailed feedback, among the brand’s 70,000 followers. It even inspired a new product category for the company, called NL Home, set to launch on the site next month with a branded apron.

Providing new access to customers is the key driver for many of the company’s, but gaining access to customers and their feedback is also a motivator. “It’s not so much about bringing them into my world, but it’s [about] giving them an easier way for me to access their world,” said Kallmeyer.