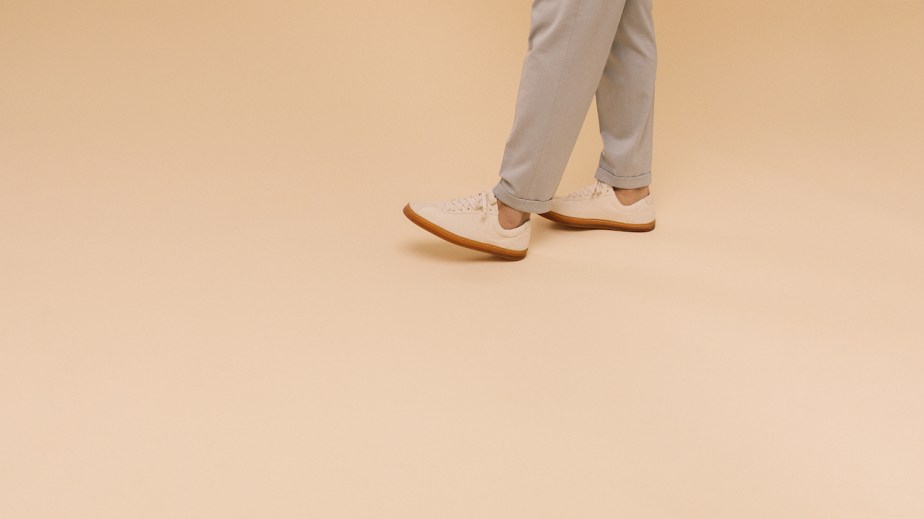 Shoe companies aiming to attract environmentally conscious shoppers and provide an alternative to wasteful practices, like constant shoe drops, are coming out with sustainable sneakers. In the last three months alone, there’s been Keds, Everlane, Adidas, Reebok, Allbirds, to name a few.

This week, global footwear brand Native Shoes took it one step further. The brand, which has been making animal-free products since it launched in 2009, debuted a $200, 100% biodegradable, plant-based sneaker that was two years in the making. In terms of product cost, Native Shoes’ product is on the higher end. Everlane’s sneaker retails for $98. Reebok’s sells for $80.

“We are on a mission to become 100% life-cycle managed by 2023,” said Kyle Housman, president at Native Shoes. The goal is to ensure that every product Native Shoes puts out can be reused in some form by 2023. ‘The Plant Shoe’ is an important next step toward achieving that goal.”

The company is promoting the launch organically through social media — it has 205,000 Instagram followers — as well as through pop-ups in key markets including Vancouver and New York.

Greg Altman, CEO at Evolved by Nature, a green chemistry company producing environmentally friendly liquid silk, said a big challenge for brands entering this space is successfully creating products that are cost-effective to produce, have a positive impact on the environment and are actually quality products that won’t fall apart.

“The other challenge is really trying to gain transparency and insight into the supply chain — most brands don’t have it from the inception. Obviously, the larger ones have much more buying power and can demand transparency and access from their partners, but they are still in that situation where you can’t sell a $200 sneaker that turns into a sponge a month later if you get caught in the rain,” Altman said. Evolved by Nature recently partnered with Chanel to bring the company’s liquid silk to luxury items.

Native Shoes has a recycling program for its shoes called the Remix Project that launched in 2018. Consumers can send in old, worn shoes from the brand. Those are then re-ground into new materials used to make seating, playground flooring and insulation. However, Housman said this process still requires the customer to take the extra step of sending their old shoes in via the brand’s partnership with Zappos for Good, or take them to one of the brand’s physical stores. (It has permanent stores in Nantucket, San Jose and Vancouver, and a pop-up in New York City. It also sells through retail partners like Nordstrom.) Nearly 300 million pairs of shoes wind up in U.S. landfills each year, per the U.S. Department of Interior, where they take 30 to 40 years to fully decompose.

With the Plant Shoe, consumers can take the whole shoe and simply stick it in a compost bin where it will break down completely.

“We followed a journey and achieved 100% biodegradability with a modern sneaker, which in many ways the path of most resistance. The process of creating the Plant Shoe has had a great impact on our design philosophy for the better,” said Michael Belgue, creative director at Native Shoes.

Key ingredients for the shoes include pineapple husks sourced in the Philippines, cotton, linen, eucalyptus, kenaf and lactae hevea, which makes the natural latex outsole. The shoe takes a few weeks to make and the sole itself takes about two weeks to create, on top of some hand stitching work, Belgue said.

While it’s clearly a time investment for the brand, it’s likely a sizable cost investment, too. Native Shoes dedicated two years to finding the materials for the shoes that would require no animal-derived products and no harmful chemicals. The brand declined to share specific costs behind the effort, but spent 18 months prototyping alongside eight material partners.

However, Altman said in the long run using these materials will likely be a cost saver for brands across the spectrum, from luxury to mass market.

“We’re now talking about leveraging a supply chain that relies on the sun’s energy. From that perspective, we’ve been able to compete based on price in these different textile market segments. This is what the market has really been asking for: a replacement that performs, that is better for the world, better for the customers and economically viable,” he said.