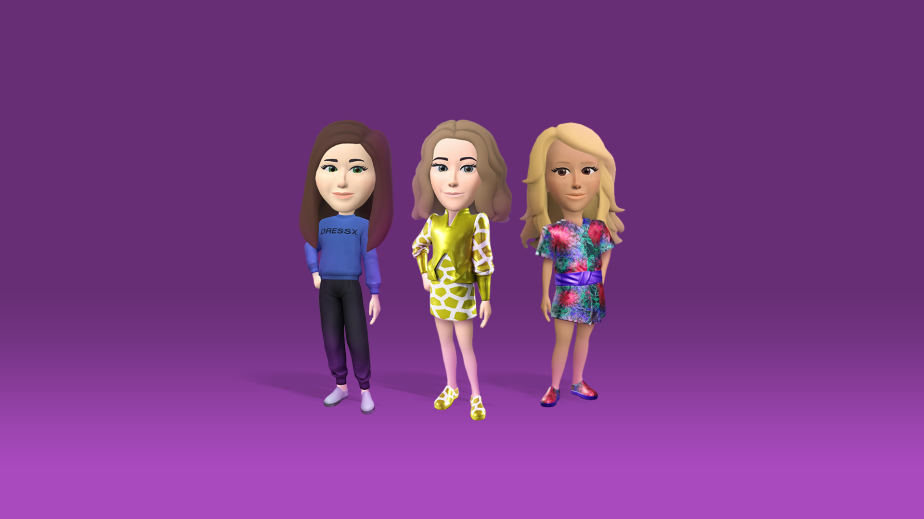 According to Meta, avatar digital dressing means hoodies and mini skirts. Digital dressing allows for more outrageous and experimental styles than are typical IRL — think: melting suits and glowing gowns. The first launch of digital fashion marketplace DressX on Meta could have ushered in the same innovation. So why hasn’t it?

On Monday, digital fashion retailer DressX was announced as the first digital-only fashion partnership in the company’s pursuit of the model of the direct-to-avatar goods model. The announcement showed that Meta is now working with digital-only fashion brands, thus opening the door to other digital-only brands. However, the DressX collection for Meta, which included items like hoodies and miniskirts, was a far cry from digital fashion’s typical out-of-this-world creations. Brands approaching the direct-to-avatar model will likely see this as confirmation that wearable styles hold more promise for mass avatar fashion adoption.

DressX founders Daria Shapovalova and Natalia Modenova said the DressX collections will be dropped on a monthly basis, with individual creator designs coming soon. “For the debut drop, we decided to concentrate on something very easy and understandable for the users, using physical items as the basis for the collection,” said Modenova. “More complicated designs will be introduced very soon.”

Meta introduced its digital fashion store called the Avatars Store last month, with an initial roster of three well-known fashion brands: Thom Browne, Prada and Balenciaga. As expectations for luxury fashion’s integration into Meta’s offering were high, the first results were disappointing. The brands’ digital items included regular suits, skirts and hoodies based on the brands’ most popular physical items. Users were also quick to point out the similarities between Meta’s avatars and the Bitmoji project by Snap, which was acquired by the company in 2016.

The Avatars Store will be rolling out across Instagram, Facebook and Messenger in the coming weeks. Purchasers can display their dressed avatar on Facebook and Messenger, as well as in Instagram Stories and DMs. Meta was unable to disclose how many of its users are engaging with its metaverse efforts at this time.

Shapovalova and Modenova said the reasons behind Meta’s “muted” digital goods are its new format and strict clothing guidelines, though both DressX and Meta declined to disclose the guidelines. “We’ve been working hard to make sure Meta’s vision of the Store is reflected correctly in the DressX drop,” said Shapovalova. “Both Meta and DressX needed to ensure the collection looked perfect for the debut drop, going through the feedback, approving deliverables and developing the vision of fashion in the metaverse together.” Typical DressX customers are far younger than Meta’s average user base. Its focus is millennials and Gen-Z women, while Meta’s average user is Gen X.

“Meta’s digital fashion collections look rather poor, in comparison to gaining popularity digital-only fashion houses’ designs. But hopefully, long-term partnerships with web3-native startups like DressX will set up a new direction for further development of direct-to-avatar designs,” said digital fashion expert Micha Lange. The digital styles are also being sold at a lower price point than typical digital fashion goods. Meta’s digital items are priced at $2.99-$8.99, while DressX’s typical assortment ranges from $30-3$00, making the Meta items more akin to an Instagram sticker than a virtual creation.

However, Meta isn’t focused on bringing in digital fashion natives; it’s instead focused on making avatar personalization affordable and easy for the mass consumer, Lange said. She noted that, with almost 3 billion people using Facebook worldwide, Meta needs to tailor the offer to universal customer needs and mass-market. “The one-fits-all approach seems rational, in terms of business calculations and expected benefits. But it also remains outside of the underlying web3 principles that are based on creativity, self-expression and individual-oriented platforms,” she said.

In addition, Meta wants to replicate the experience of IRL socializing via a digital plane through its virtual reality game Horizon Worlds. This would serve as an easy entryway to avatars and digital dressing for users who have not used them before. Other social platforms like Roblox, which have a significantly younger Gen Z user base, are already focused on avatar personalization as a way to push boundaries.

“A lot of experimentation is happening on the platform,” said Christina Wootton, vp of global partnerships at Roblox. “People are wearing things that can be fantastical in Roblox, even if it is something they may not want to or be ready to wear in the physical world. Knowing your audience and how they’re wearing digital fashion and what they’re choosing to wear is key [for brands],” she said.