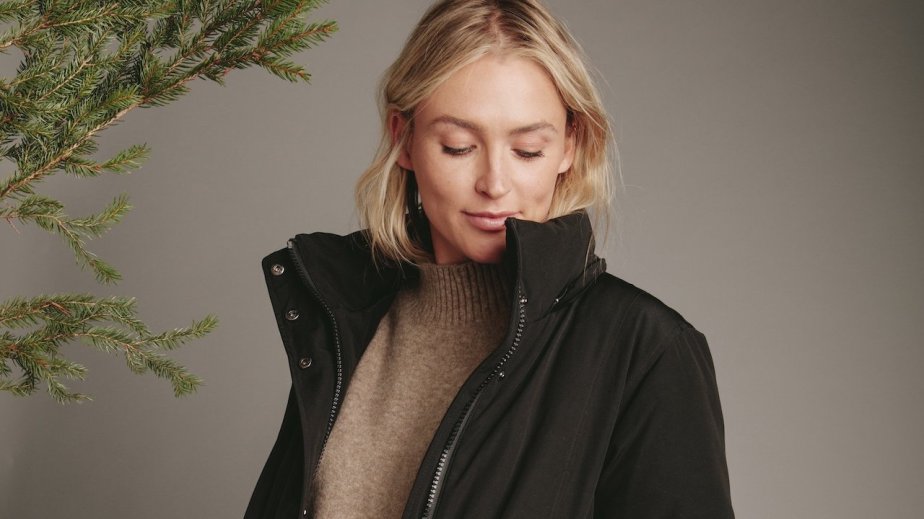 Called January, the company sells one style: a $550 women’s parka that seems to check all the boxes of what women want in a coat: According to Travis and co-founder Lauralynn Drury, it’s warm, fashionable, timeless, lightweight and day-to-night versatile, without loud branding or Michelin Man-like bulk.

“Outerwear is like the eyewear or the men’s grooming categories, where you have large incumbents and a lot of white space,” said Travis. “We saw a prime opportunity to offer a better product and a better value proposition.”

Increasingly, founders of direct-to-consumer brands are finding the grunt work of launching a first brand is largely alleviated the second time around. With operations and partners in place, and the necessary knowledge obtained, entering new categories and markets is comparatively easy. But establishing a proven playbook for success in the first at-bat is key to building out a brand portfolio.

“We’re definitely leveraging learnings from Andie,” said Travis. “And we’re also leveraging folks that have been around the block and bring a ton of expertise across fast-scaling, digitally native brands.”

Travis said working with a group of people who have all launched brands has helped January avoid a lot of missteps Andie made early on; the team knew what a good manufacturing deal looked like and what a good DTC e-commerce experience should include, for example. It also expedited the process of concept-to-launch, versus “creating something out of nothing,” said Travis.

“But it’s still a tremendous amount of work to bring a brand to life,” she said. For example,, launching the brand involved establishing many new relationships, including with new factories. Just like Andie’s, January’s manufacturer owns equity in the company, which helps with quality assurance.

Along with simply wanting a cure for her constant state of cold, Drury said the best-selling Amazon coat, which became a staple of Upper East Siders in 2018, helped sparked the idea for the January parka. “I saw pictures of it, and it wasn’t for me,” she said of the coat. “It has bells and whistles and buttons and pockets all over, and according to the reviews, it isn’t even warm. We wanted to make a version that actually functioned and had a more minimalist aesthetic.”

Travis hinted that January’s plan is to go head-to-head with Canada Goose, as well, by offering materials that are equivalent in terms of quality, from the lining to the waterproof shell. “There hasn’t been a brand that’s gone after them,” she said. “We want to offer something that better aligns with customer values.”

Canada Goose has received much flack from PETA for inhumane practices, despite claiming it uses ethically sourced down. January’s parka, meanwhile, features synthetic down. Notably, Andie Swim launched the same year Victoria’s Secret, which has for years been under fire for its lack of diversity, exited swim — Andie sang a different tune, selling styles for “real women,” said Travis. Like January, Andie prides itself on high-quality products at an accessible price point. On the Glossy Podcast, Travis said many customers come over from luxury brands Eres and Marysia.

Andie Swim now has 14 employees and “hundreds of thousands” of largely affluent customers, said Travis. The brand doesn’t share specific sales figures, but Travis said its conversion jumped 90% in the first half of 2019, versus the same time last year.

Diversifying product assortment in the name of expanding the shopper base is something brands across industries are grappling with. In the beauty industry, brand founders are increasingly launching sub-brands, versus altogether new brands — think: Glossier, known for no-makeup makeup, launching color-rich Glossier Play. Summersalt, another DTC swimwear brand, announced an expansion to apparel under its core label’s name.

To get January off the ground, Travis and Drury are relying on press, friends and longtime supporters to spread the word, plus they’re dipping their toes into paid digital ads. The brand won’t be cross-promoted to Andie customers any time soon, said Travis.

“We’ll start with light testing [through digital] to understand what messaging, what type of creative and what channels resonate before accelerating that machine,” Travis said, regarding the brand’s advertising strategy.

As with Andie, wholesale partners are not in the cards — for a while, anyway — as access to customer data is key when growing a brand, said Travis.

Travis said she’ll approach fundraising for January in much the same way that she’s done for Andie, which has raised $5 million to date. She and Drury raised a friends-and-family round to get the company off the ground, and she doesn’t foresee the company needing to raise much more down the line. “This is not going to be a business that requires a lot of capital,” she said. “In general, apparel brands just don’t need to be going down that path. A truly good business is one that is profitable; that can be lasting. A lot of businesses get in trouble by over-raising.”

Travis said launching a third or fourth business down the road isn’t out of the cards. “Jack Dorsey can do it, Matt Scanlan can do it. There are a lot of examples of people who have their hands in a number of different businesses,” she said. “It makes sense, The learnings you get from one company benefit both, or more. As long as you have smart people involved, it’s possible, and all businesses are better because of it.”

This year, Naadam founder Matt Scanlan took on two additional brands, Something Navy by influencer Arielle Charnas and Thakoon by designer Thakoon Panichgul. Both names are recognizable among fashion fans, and both were mid a relaunch of sorts when Scanlan came knocking, along with investor Silas Chou: Charnas’ exclusive fashion deal with Nordstrom was set to expire, and advanced contemporary designer Thakoon was looking to make a return to fashion following a break, with a new business model.

“What I can offer is my experience and my team’s experience around supply chain, direct-to-consumer marketing strategy, systems integration, stuff like that,” said Scanlan. “I want to support the [founders] as much as possible with the systems and people that I know can help bring these brands up.”

Scanlan said he’s in startup mode, just like where he was five years ago with Naadam, but he now has the advantage of  having learned from his mistakes. “It’s not draining for me; it’s fulfilling to be back in this position and absolutely crushing it, because I know exactly what to do.”

And currently, he’s actively seeking out additional opportunities to lead brands. According to his plan, he’ll play CEO for the first two years or so each time, before bringing on someone else to lead a company.

Travis similarly has a close eye on the market

“What gets me excited is a great category that’s ripe for disruption, meaning the market is big enough and there’s a need there,” said Travis. “And who knows? Maybe there will be a new LVMH in town.”