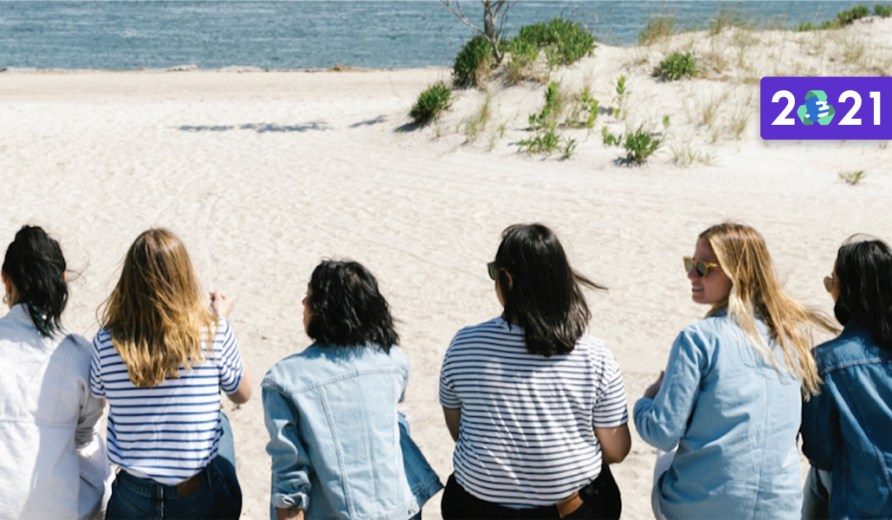 Madewell head of sustainability Liz Hershfield: ‘We had to be ambitious’ with our goals

This story is part of Glossy’s Earth Week series, which spotlights sustainability efforts and topics across the beauty and fashion industries.

It’s one thing to talk about sustainability, and it’s another thing to back it up. Increasingly, brands are releasing specific, public-facing commitments and goals, and providing updates to consumers to hold themselves accountable. Without goals and tangible progress toward them, sustainability talk is little more than greenwashing.

That accountability is one of the reasons why Madewell, on Thursday, updated its progress on the goals it set in 2020 in its “Do Well” report and updated its commitments with new goals. Liz Hershfield, svp and head of sustainability at parent company J.Crew Group, said 67% of Madewell products now have at least one sustainable attribute (the goal is 100% by 2025). And forty percent of the fibers used in its products are sustainably sourced (also with a goal of 100% by 2025).

Among new initiatives: The brand now has a partnership with climate action group the Natural Resources Defense Council, which includes facilitating donations to the organization via Madewell’s online store. It also aims to go carbon neutral by 2030 and has committed to the Science-Based Targets listed in the Paris Climate Agreement. Sister brand J. Crew has a separate but similar set of goals that were announced on Monday.

Hershfield spoke with Glossy about the importance of setting public goals and sticking to them, and the challenge of making a product more sustainable while continuing to sell it. This interview has been lightly edited for length and clarity.

What goes into deciding what your goals will be and what to commit to publicly?
It’s important to be ambitious. We’re a big company, so the impact we make is really large. I suppose we could make a commitment to increase our use of sustainable materials by 1%, but that wouldn’t be very impactful. We felt like we had to go full force and commit to 100% sustainable fibers.

The goals are audacious, but we wanted to stretch. And, honestly, making them public helps push us internally to get to those goals. We’re going to try to be transparent at every step and give updates on how we’re doing, but we tried to pick goals that were ambitious.

When you’re a big company, your impact also extends to all of your factories, suppliers and partners. Do you have any influence over how sustainable their practices are?
That’s actually become a lot more important to us recently. Because we just committed to the Paris climate accords, we’re considering the impact of our partners as part of our impact. So we’ve been sitting down with our suppliers and factories, and making sure they’re all aligned with our goals, and that they’re working on reducing their emissions, as well.

It’s tough, because we can’t completely control what they do. They’re their own companies, of course. But because we’re a big business, we do have an influence, and we have been having those discussions.

Which goal do you think is going to be the toughest one for the company?
To be honest, it will probably be the goal of 100% sustainable fibers by 2025. We’re already on our way, so it’s doable, but it’s the toughest one.

The hardest part is: It’s easier to create a new product from scratch that is made with sustainable fibers than it is to switch an existing product mid-production to new materials. We have product that we’re producing and selling regularly that we can’t stop selling, so we have to figure out a way to make those changes without stopping sales of the product.

Outside of Madewell, materials, in general, are probably the toughest area [to improve] for all apparel brands, along with water usage. Overproduction is also an issue, but that can be solved with just smart inventory management. For us, we always want to make sure we have popular styles in stock, but you need to be comfortable with things selling out, too.