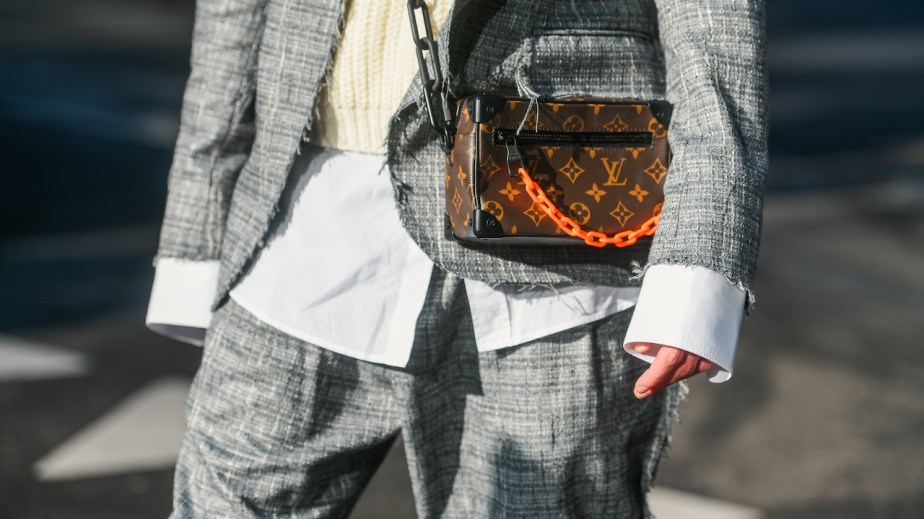 LVMH has announced improved earnings for Q3, with 40% organic revenue growth across its brands compared to 2020.

In its earnings call on October 12, LVMH chief financial officer Jean Jacques Guiony spoke about Tiffany’s successful growth under its new owner and reported that the company’s luxury fashion brands are performing very well across the board. LVMH acquired Tiffany & Co. in January this year. Across fashion and leather goods, growth from organic revenue came to 38% versus 2019. In July, LVMH revealed a 56% jump in revenues to €28.7 billion ($33.1 billion) for the first half of the year. While the Q3 growth is smaller, it highlights the conglomerate’s continued success.

For the fashion and leather goods sector, highlights focused on the creative initiatives put in place to celebrate the 200th birthday of the Louis Vuitton founder and the success of the Dior runway shows under Maria Grazia Chiuri. According to WWD, previous Dior shows have garnered big viewerships. Dior’s spring 2021 show, for example, was live-streamed on 12 global platforms, with TikTok and Douyin seeing 27 million views. The video from the show has been viewed more than 115 million times in total, and the hashtag #DiorSS21 has been used 360 million times by Chinese Weibo users. Dior also reports strong sales figures, tripling sales over the last three years and approaching €6 billion ($6.9 billion) this year.

For jewelry and watches, LVMH reported significant structural contributions from Tiffany, which it acquired in January at $15.8 billion. The “About Love” campaign featuring Beyoncé and Jay-Z performed very well in the U.S., and LVMH hopes to continue in this creative direction for the brand. During the call, Guiony said the following about Tiffany & Co.: “We are pleased with the outcome. Business is doing well in Asia and in the U.S. All the initiatives on product and marketing are getting good response from the areas. Although we have removed the wholesale business, retail is doing well. We want the brand to have a broader appeal to a wider scope of clients. We are reviewing all the different product categories, particularly from a product price point, and what are the winning products. With marketing, we have implemented the communication line for the future already.”

The rest of the jewelry and watches sector was impacted by the Covid restrictions in China. However, the company did report 1% growth versus 2019. Bulgari, in particular, reported good progress in its stores, bolstered by the refurbished flagship at Place Vendôme and the launch of an India-specific product offering alongside ambassador Priyanka Chopra Jonas.

China was featured prominently in the earnings, with the biggest overall growth of all the regions at 26% of total revenue. With recent announcements of wealth redistribution and luxury crackdowns, LVMH remains positive that the majority of its middle-class consumer demographic will not be affected. On the call, Guiony reported that, “We see no reason this will be detrimental to the middle class that is the bulk of our customer base. We are not particularly worried or concerned about the announcements.” Recent coronavirus regulations in China have dampened figures in August, but have not had a significant impact on the growth rate. What’s more, global supply chain issues do not seem to be affecting the brands under the LVMH umbrella, with Guiony saying that the company is not expecting them to affect its product offering in either manufacturing or shipping. “We are not worried about manufacturing. The only thing that could cause missing sales would be if shipping capacities would go down for any reason. However, we do not anticipate that, so see no reason for concern.”

LVMH has recently announced new programs aimed at recruiting 25,000 people under the age of 30 by the end of 2022. The global search for talent will help add to its existing workforce, which currently sits at around 165,000 employees. In a statement, Chantal Gaemperle, the group’s director of HR and synergies, said: “At a time when the Covid-19 crisis has particularly affected the younger generations and impacted their employability, LVMH intends to accompany and support them in a concrete way to build their careers.”

When asked about e-concessions through multi-brand retailers, Guiony responded that, at LVMH, “We are still very doubtful of our participation in outsize platforms, even if they offer concession models, as we would not have access to customers data, which is a concern for us.” This signals a wider movement of houses and luxury brands wanting to keep operations in-house rather than working with third parties.

The LVMH group has recently made a number of announcements around the skin-care sector. For example, this week, it acquired French fragrance and beauty brand Officine Universelle Buly 1803. The earnings report showed no change from 2019, in terms of growth in the perfumes and cosmetics sector. This could be attributed to the changing consumer dynamics, however, the company’s new purchase and the overall renewed interest in fragrance and skin care should lead to better performance in the next fiscal year.