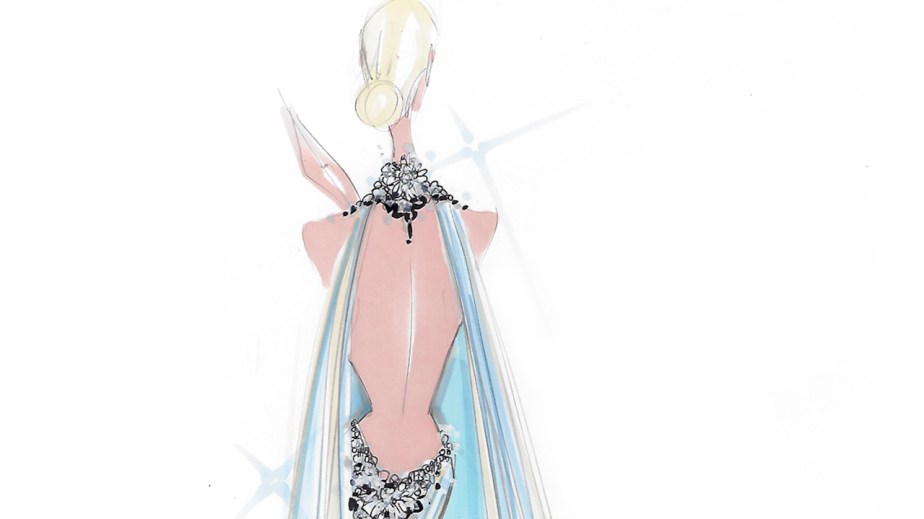 Luxury and couture fashion brand Badgley Mischka has been busy.

In the last six years alone, its launched sportswear, a lower-priced clothing line at Dillard’s called Belle Badgley Mischka, an affordable shoe line called Jewel by Badgley Mischka, swimwear for men and women, extended sizing for select styles, men’s shoes, kids’ apparel, a fragrance, furniture and home accessories, not to mention partnerships with fashion gaming app Covet and also Rent the Runway, where it was the first designer to sign on.

“Through the various collaborations we’ve been doing, we’ve really been focused on sticking to our true DNA of uncompromised quality and timeless glamour,” said Christine Currence, Badgley Mischka’s president. ”The focus has not changed, we’re just offering more affordable options. Today, you’ve got to be inclusive to everyone and try to be accessible to all, whether it’s by size or demographic.”

As luxury companies hesitate to evolve from their original business model, out of fear of losing their core customer or diluting the brand, 31-year-old Badgley Mischka — which hosts its spring 2020 runway show Wednesday afternoon at Spring Studios — is embracing change to the nth degree. The company’s main focus is launching new categories, partnerships and collaborations, and seeking out other new ways to reach new customers, said Currence.

Each launch to date has been a natural progression, she said, with the Jewel line driven by activity on Pinterest: “Often unattainable” Badgley Mischka shoes were trending on brides’ wedding mood boards, based on Pinterest data. Shoes in the core collection average $200 to $250, while those in the Jewel line are around $99.

Of course, designers growing their business targeting customers in other, lower-spend brackets is nothing new. Target just celebrated 20 years of collaborations, during which it’s teamed with 175 designer brands including Missoni, Altuzarra and Rodarte.

“For a lot of the designers, collaborating with us was a big moment,” said Rick Gomez, Target’s evp and chief marketing and digital officer. “It’s how many were first introduced to a large demographic of American consumers.”

But losing cachet is a threat. Lilly Pulitzer customers were none too thrilled with the brand when it collaborated with Target in 2015.

Adam Goldenberg, CEO of TechStyle, owner of brands including Savage x Fenty, through a joint venture with Rihanna, which showed at NYFW Tuesday night, said an accessible price point is something for all brands to consider, as the internet brings a lot of transparency into how much products cost. For TechStyle brand Fabletics, for example, one-third of its customers have “traded up” into Fabletics, from Old Navy or Target, while one-third have “traded-down” in price, from higher-end brands.

“They realize, ‘Holy cow, I don’t need to be paying that,’” he said. “In today’s world, people are being smart and finding the best value, even people living in a high-income household.”

While widely diversifying its revenue streams is decidedly the name of the game for Badgley Mischka, it has yet to sell through Amazon — though it seems only a matter of time. ”Everybody needs to pay attention to Amazon; it’s an animal, and it’s not going away,” said Currence. “It’s something we’re watching very carefully — we’re playing around with ideas, and trying to understand it and where it’s going to go. It hasn’t been a destination for luxury and special-occasion attire, but it will get there. It’s a different world right now, and things are changing — so if customers are shopping online, we want to be there for them.”

Currence said the company has also been closely following resale, based on the market’s growth and potential.

Where the brand was slow to progress is in its owned e-commerce site, though it’s working to bring it up to speed. It relaunched its e-commerce site in May, expanding the shopping functionality, and kinks are still being worked out, said Currence. The goal is to create an immersive digital flagship, selling all of the company’s brands and giving shoppers a “peek behind the curtain” of its runway shows, seasonal campaigns and red carpet prep. According to Currence, online sales have significantly increased in the last six months.

Also in May, the brand launched a social media series called “Q&A With M&J”, in which the designers answer followers’ questions on anything from style advice to travel recommendations.

“We want to engage with our customer, to make them feel like they’re a part of what we’re doing,” said Currence, stressing a desire to let customers experience Mark Badgley’s and James Mischka’s sense of humor and storytelling expertise. “We’ve had to push [the designers] in that direction, because they’re not necessarily seeking the limelight. But it’s a new time. When the brand first came out, everything was so produced. Now, everything is more fly-by-the-seat-of-your-pants and accessible. We’ve got to show the brand in a new way.”

The company is currently offering extended sizing through 22 at Rent the Runway and a handful of other retailers. Largely a wholesale company, selling at department stores like Neiman Marcus and Saks Fifth Avenue, Badgley Mischka hasn’t rolled out plus sizes in a bigger way because many of its retail partners don’t have the departments to accommodate it and aren’t prioritizing extended sizing, said Currence.

Overall, its retail partners have not evolved at the speed of Badgley Mischka. Though the brand’s newer, more casual styles, including sportswear and day dresses, have seen great sales its e-commerce site, Currence said retailers have been hesitant to sell them, because they put the brand “in the special-occasion box.”

Badgley Mischka is not hellbent on streamlining its distribution channels, as is the trend, but plans could easily change as its direct online sales pick up momentum.

The privately held company, which declined to share growth and revenue figures, has changed hands several times: Escada was its parent company for a time, before Iconix scooped it up on 2004, later selling it in 2016 to the brand’s designers, its apparel company, MJCLK LLC, and footwear company Titan Industries, for $16 million.