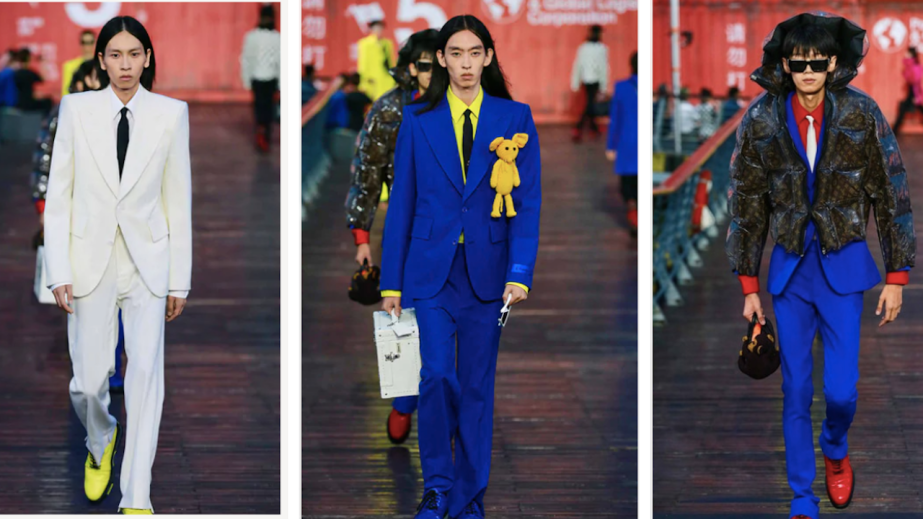 Louis Vuitton is the latest brand to see the value in the popular social media platform TikTok.

The brand posted four videos on Tuesday, as of the time this story was published. The first is a simple call to follow the brand on TikTok, lasting only a few seconds, which racked up 31,000 views within a few hours of being uploaded. The next three are longer and feature looks from the brand’s spring-summer 2021 menswear collection, designed by Virgil Abloh. Those three videos also promote the brand’s upcoming Tokyo show, which will be held on Sept. 2 and can be live-streamed on the brand’s site.

It’s the latest way Louis Vuitton and parent company LVMH are targeting the Gen Z cohort, an audience that both have expressed desire to cater to in the past, along with hiring youth-oriented leaders like Virgil Abloh and Delphine Arnault. In November of last year, Bernard Arnault said that catering to Gen Z was important “for the future.” Some evidence shows that their efforts have been working. A Piper Jaffray survey of American teens in fall 2019 said that Louis Vuitton was among the top favored brands by Gen Z and the second most-desired handbag brand behind Michael Kors. An August 2020 report from The RealReal showed that Louis Vuitton had overtaken Gucci as the most popular luxury brand with Gen-Z consumers.

LVMH executives have spoken about their realization that social media is an important venue for engaging younger audiences. Speaking with the Financial Times’ Lauren Indvik, Michael Burke, Louis Vuitton’s CEO, said earlier this month that its last menswear show, which debuted in Shanghai on Aug. 6, was seen by 104 million people online and became a trending topic on Chinese social media platform Weibo. The brand has also seen success on Instagram’s TikTok competitor Reels, where it has posted nine videos since the feature launched at the beginning of August, with some earning more than 7 million likes.

Those numbers may have inspired Louis Vuitton, which was unavailable to comment on this story, to take TikTok more seriously. Meanwhile, fellow luxury brand Burberry posted twice in May and hasn’t posted since. TikTok does not allow users to see when an account was made, but it’s not uncommon for brands to make accounts to stake a claim on the username long before they actually post anything. Earlier this month, a company spokesperson said that TikTok has 100 million American users.

TikTok holds potential for luxury brands. The viral #GucciModel challenge, which sees users poking fun at Gucci creative director Alessandro Michele’s flamboyant styling choices and has seen a cumulative 35 million views, shows that TikTok users have a knowledge of and affection for luxury brands. Louis Vuitton, so far, has nearly 13,000 followers on TikTok. Competitor Gucci, which began posting on the platform in February, has more than 400,000.