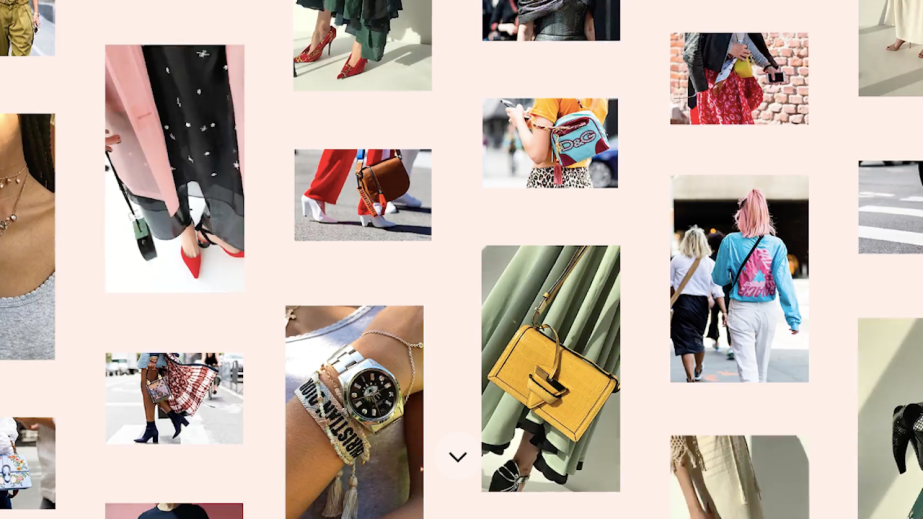 Social distancing due to coronavirus have called off the go-to content creation processes of fashion and beauty companies — big and small. To compensate, they’re looking to influencers and digital tools that are suited to a WFH world.

Luxury retailer Threads Styling, which sells styles from Chanel and others through personal shoppers on Instagram, typically produces 60-80 photo shoots a month and publishes dozens of Instagram Stories daily. Last month, it moved into a new headquarters equipped with three photo studios that have, so far, gone unused.

“It’s been a big operational shift that we’re trying to navigate, and we’ve chosen to let our customers take the wheel,” said Sophie Hill, founder and CEO of Threads Styling. “Two to three times a week, we’re asking customers on Instagram and in styling sessions, ‘Please let us know what you want to see from us.’ We want to make sure we’re still top of mind when the climate changes.”

Their customers have largely communicated that, as they’re confined to their homes, they want to see posts that distract from coronavirus-related news, including those centered on fashion. In-demand content features comfortable, athleisure styles they can be worn at home and also summer looks, to remind them that better days are ahead, said Hill.

To keep up its flow of content, Threads Styling has asked customers to share and tag images on Instagram featuring their home interiors and work-from-home setups, which it reposts. It has also enlisted its influencer partners to collaborate as guest editors, and share their at-home routines, including their fitness regimens.

“The process is on a much more human level; everybody’s coming together to produce something that’s relevant and engaging, as opposed to doing anything product-focused,” said Emily Auchincloss, community manager at Threads Styling. “What we’ve heard from influencers is they’re also struggling to know what’s right and what’s appropriate messaging; everybody’s on the same page.”

“Studios and production crews are all in quarantine, so we really don’t have access to most of the resources we’d typically rely on,” she said. “Our plan is to leverage more influencer content and UGC. We will also be sharing more content featuring our founders and more organic, less produced product education. The hope is to pivot digitally as much as possible.”

Sherry Jhawar, president and co-founder of celebrity and influencer marketing company Blended Strategy Group, is also used to spending a good deal of time at photo shoots, with clients like Revlon, Tiffany & Co. and Reebok. She said all shoots on her calendar were put on pause starting on Friday and won’t start up again until at least May 1. But, she said, now’s not the time for brands to do less, when it comes to content. She’s advising her clients to lean on influencers as much as possible.

“Screen time is up; we’re spending more time on our phones,” she said. “And influencers can get a brand’s message out, whether it’s to generate sales or just remain in the conversation.”

“We can’t forget that influencers, too, are small businesses and are vulnerable in this new environment,” she said. “But they can’t be fixated on what’s on their rate card. That rate was set prior to this shift in the world and to the economy right now.”

And brands — all brands — need to be flexible in how their content is created.

“For the first time, a brand that’s a true startup, really scrappy, won’t be penalized for doing something over Skype or Zoom. Before, it was often like, ‘They didn’t do the big, fancy party like XYZ brand.’ But that party can’t happen anymore. [The outbreak] has leveled the playing field; there’s nothing one brand can do that another brand can’t. We’re all doing digital desksides and figuring out ‘Brady Bunch’-style Zooms to make these things work.”

Fashion and beauty influencer Stephanie Liu, who has 103,000 Instagram followers, said she hasn’t seen a change in the amount of work she’s getting from brands. She is, however, seeing more opportunities from companies centered on home decor. Plus, companies that sell comfortable clothes, but don’t typically spotlight them, are now looking to feature them. She’s been working to make areas throughout her home more aesthetically pleasing, based on requests.

Her engagement, including DMs and Instagram Stories views, has gone up significantly, which she owed to her followers having more downtime.

On Tuesday, she received her first request from a brand to work for a discounted rate.

“That is something that my management team and I have been expecting,” she said. “It’s understandable. I want to make it work for everybody and not halt a relationship just because of a little discrepancy in budget.”

As everyone with an Instagram account is navigating what content flies today, influencers are driving the conversation, said Natalie Silverstein, vp of brand, marketing and culture at influencer marketing agency Collectively.

“The aesthetic of this moment is very unharnessed,” she said. “You’re seeing even very high-level celebrities being really real in their pajamas and in their homes, in a way that you wouldn’t have seen three weeks ago.”

Moving forward, she sees brands taking cues from influencers and increasingly partnering with them — in some cases, in more integrated ways than ever before. Silverstein said her team is working with a number of brand clients that are exploring interactive, virtual activations involving multiple influencers. She also expects brands will start to sponsor some of the free services other companies are offering, which most often feature influencers, like free daily meditation and free yoga classes.

“We’re seeing a solid flow of RFPs,” she said, regarding the current demand for influencers. “We’re also seeing a big uptick in requests for TikTok work. These [influencers] are professional photographers. They can make beautiful imagery for a website, or they can make a raw TikTok post.”

Amanda Patterson, CEO of The Call List, which enables interactive video on e-commerce sites, said business is booming. The company recently launched an integration with Shopify, allowing direct-to-consumer brands to easily feature live videos, which more often than not feature influencers — who stream from their homes.

Within the livestream, shoppers can add featured products to their shopping cart, and influencers can ask for feedback on behalf of the brand. Current Call List clients include MAC Cosmetics. Patterson said she’s currently negotiating a contract with a partner planning to replace 14,000 monthly workshops with an online alternative.

She said, while hosting a live event can cost a brand “tens of thousands of dollars,” a virtual event through the Call List could cost them “a couple hundred bucks.”

“Up until now, people’s day jobs were in the way of innovation,” she said. “In the past, brands we talked to were like, ‘Oh my gosh, we want to do that, but we don’t have the time or the money.’  Now they basically have to do it, because they still want to connect. And influencers are coming to the rescue.”