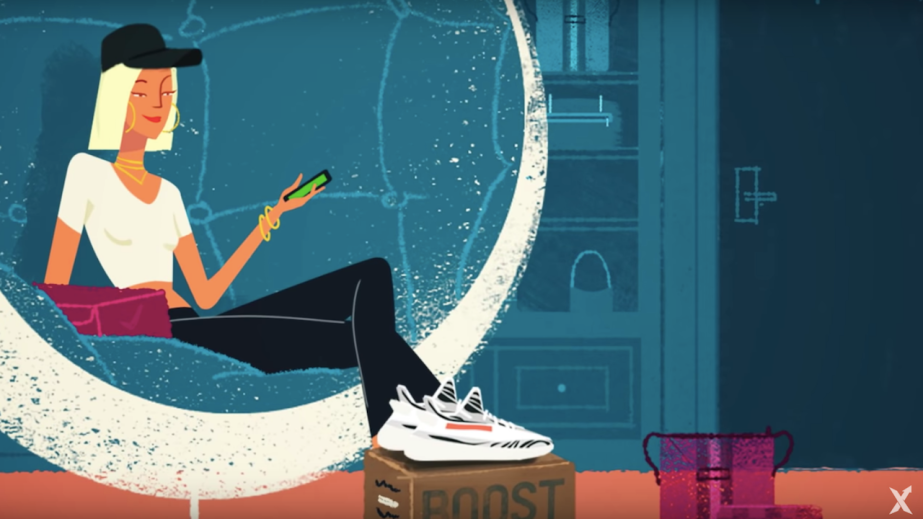 To coincide with the debut of StockX’s first “StockX Day” event in June 2021, the resale company simultaneously launched on a brand new platform: Discord. Within a day, more than 20,000 members had joined, earning StockX the record for the brand server with the most users to join in a single-day period.

Discord, a 7-year-old social platform built around text and voice chat “servers,” is most popular among the gaming and tech crowds. But as fashion drifts toward both of those worlds, Discord is increasingly becoming a great home for both brand-run communities and organically-organized communities to discuss fashion, especially when it crosses over with tech, gaming or the crypto space.

“The launch of Discord was a big milestone for us,” said Deena Bahri, CMO of StockX. “It marked an entry into the kind of community our customer cares about. It’s a two-way dialogue, a forum where people can talk back to us, and it lets us keep an eye on what our customers care about.”

Discord servers are usually set up much like Slack, in that they can have several channels devoted to different topics. For example, the StockX Discord has a #welcome channel for new members, a #general-chat channel, a #sneakers channel and a whole host of channels dedicated to NFTs, along with an official #announcements channel only StockX moderators can post in.

The freeform structure makes it quite different from many other social platforms. It’s more conversation-oriented and, by its nature, attracts the most loyal or active customers a brand may have.

“What makes Discord so compelling is how different it is from other services,” said Amber Atherton, Discord’s head of strategic communities. “There are no likes, and there’s no real way for things to go viral. Instead, we offer a place where users can be themselves by building community with like-minded individuals. And depending on the goals and types of experiences fashion enthusiasts want to create, Discord can be used to create connections between intimate-and-niche to large mainstream communities.”

In the past year, new Discords for fashion brands have been popping up regularly. In April, Gap launched a Discord server called Gap Threads, while Adidas launched one in January for its Adidas Originals line. Many of these Discords focus heavily on NFTs created by the brands, but that’s far from the only use case.

The Hong Kong- and Los Angeles-based fast fashion company Cider has a thriving Discord with more than 2,000 members that it launched last year. According to Fenco Lin, co-founder of Cider, Discord has been particularly helpful with targeting Gen-Z customers and soliciting helpful feedback when making product design and manufacturing decisions.

“We amplify [the Discord]  across all social channels,” Lin told Glossy in March. “We consider ourselves a Gen-Z whisperer. We’re able to launch fun and engaging projects by collecting community suggestions for [everything from] T-shirt slogans and product names to sizing.”

Some brand Discords are more active than others. StockX’s 32,000 Discord members average 20 posts each per month, which is twice the Discord average. According to a spokesperson for StockX, 86% of its Discord users have been members for more than six months, and Discord is currently StockX’s most geographically diverse platform. More than half of its Discord members are based outside of the U.S., making it a good tool for targeting a global audience. StockX regularly uses Discord to advertise new drops ahead of time as well as offer exclusive discounts like 50% off seller fees to Discord members.

But Discord does come with costs, most notably the need for constant moderation.

“Discord has become the platform du jour, but launching a channel requires always-on resources from a brand to provide constant engagement with its users,” said Quynh Mai, CEO of digital agency Moving Image & Content. “Think of it as a private Slack channel for your most engaged consumers who expect conversation, dialogue and a level of moderation most brands are not capable of managing. More often than not, their community managers are content creators, not community moderators.”

Most brand Discords have a mix of moderators who are employees of the brand and volunteers from the community. The community moderators are typically tasked with enforcing the server’s rules, like banning users for hate speech or harassment. Brand moderators, meanwhile, usually focus on running giveaways and contests, posting announcements, and generally interfacing between the users and the company.

Discord has seen rapid growth in the last three years, reaching more than 150 million monthly active users as of March 2022.

“Discord is a huge opportunity, from a customer experience perspective, for brands to stay engaged with current customers, reach new audiences and build highly engaged communities,” said Kristin Dorsey, vp of marketing at CX automation platform Linc. “Discord did start in gaming and early users were tech-savvy, but through word-of-mouth, it has grown into a way for all sorts of people with similar interests to meet up and socialize.”